Ally Switch has been on the radar in 2v2 Doubles for almost the entirety of its tournament scene’s existence, primarily due to its extensive pool of notable learners alongside its ability to dramatically change the outcome of a battle. A move with +2 priority that switches the user’s position with its ally, it functions quite similarly to redirection - the user can take moves meant for its ally, which can allow said ally to gain opportunities to gain a free turn to set up or attack. In a fast-paced metagame with only two pokemon such as 2v2, that can be the difference between a win or a loss.

Ally Switch and its users are much harder to prepare for than standard redirection. Unlike standard redirection moves, which users are small in number and often have their viability hinging on their use of it, Ally Switch has a plethora of great users such as Cinderace, Diancie, Genesect, and Nihilego, who don’t necessarily need to run it in order to be great threats. However, unlike redirection, it does not completely protect its ally from attacks, which allows an opponent that predicts that it will be used to attempt to counteract it by changing move targets. Such counterplay is not reliable, as the opponent can predict that read and not use the move, effectively creating a 50/50 in which those are two options.

Prediction can be skillful, and generally is, but in the case of a move such as Ally Switch that has an extensive pool of Pokemon that can viably use it alongside an extreme ability to change the game in favor of a user that would otherwise lose, such skill is put into question. You can’t ignore the possibility of your opponent having it because of the reasons mentioned prior, which leads to more guesswork. “Do they have it? And if so, will they use it or will they not?” While Ally Switch is not impossible to counteract with the likes of moves such as Fake Out, specific teambuilding, and hard prediction, such things can be suspect.

The actual voting will take place in the Blind Voting Forum, so posting anything other than proof of reqs and discussion isn't necessary. Also, with the new changes to the Tiering Contributor badge, this suspect will count for it.

Thats all from me. Tagging The Immortal for the suspect notice.

confirming as 2vAL out

BW main: in
Mubs: out
s/os to Kebia for passing bad teams and to the dead ladder for letting me farm wins

sorry, I was supposed to suicide on this account but, I got reqs. :(

I do things (sometimes)

had fun, thanks Vrji your team works perfectly on ladder 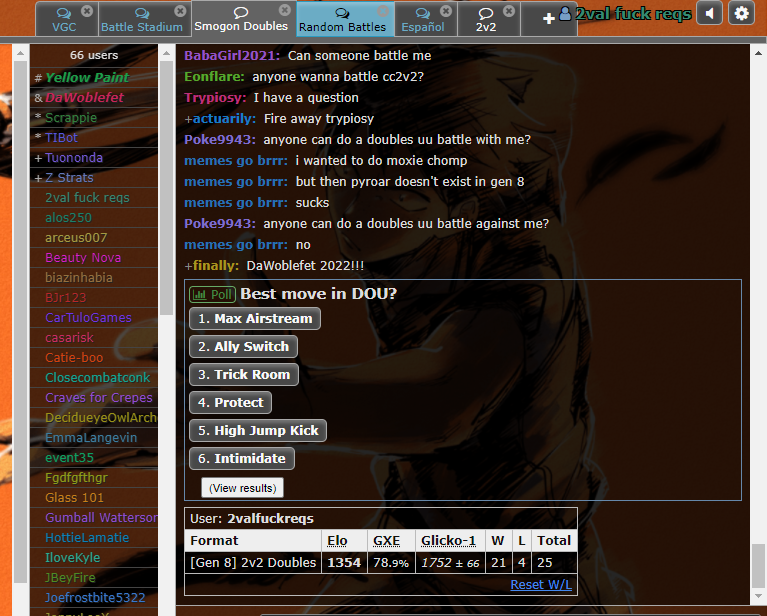 The meta is a bit different since I last played it...

hydreigon is boosted. ally switch? it's like ur choking but in reality not totally jajaja

TL got reqs in their own meta. Man.

I blame B-rad777 for not getting these reqs sooner LOL 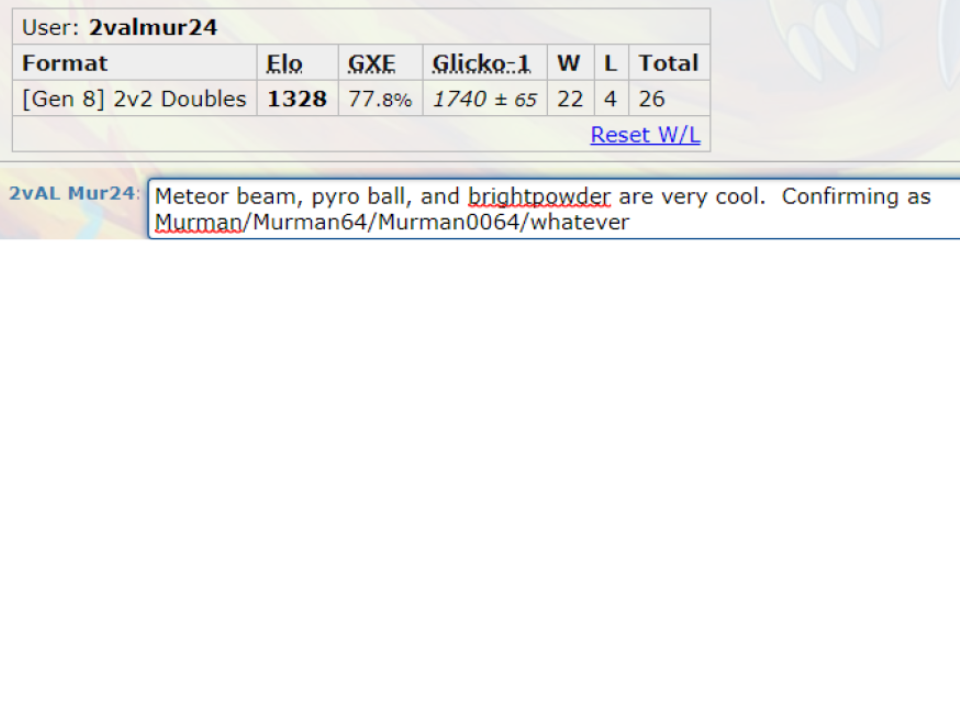 Reading Is To The Mind As Exercise Is To The Body