UU & Tour Head
I know most people know me as a UU main, but I've always liked LC as a tier, and it's the tier I build for the most after UU. After building and testing with my good friend Christo as he prepared for SPL, I was happy to be picked up again by the Ruiners in the midseason draft despite not being well known as an LCer, where I could work with him officially.

While I mostly hung out behind the scenes to help out Christo, I did get a chance to put in a couple of games in the final two weeks of the regular season. We were already out by week 9, but I still wanted to come out with a good showing. I expected mad0ka to bring something comfortable like Sun for the last week of the regular season, so I decided to bring webs, which tends to match up well versus Sun. I built a webs team around one of my favorite sweepers, Fightinium Z Scraggy, that felt like it would hold up well against d0ka-style Sun while also being consistent against most other things she might bring.

The team performed really well in testing, and it did net me a win versus mad0ka. While my schedule hasn't permitted me to join in any of the other major LC tours this year, I did pass the team to ABR, who used it to bring him a couple of wins during his LC Seasonal run. Hazard offense has always been strong in LC, and webs in particular has always felt like it hovers on the edge of broken to me, even more so this gen than last (where I also used a webs team a fair bit). Though the meta has shifted a fair bit since I first made the team, especially following Sun's ban, I still find the team pretty solid, and I think it's a lot of fun to play. Hope you like it. 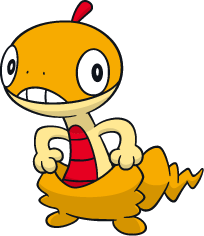 I knew from the start that I wanted to build around Z-Scrags as my main offensive threat. AoP is just absurdly strong, powering through most of the LC tier, while Moxie means your opponents can't try to play around it by sacking something on the turn you pop your Z crystal. Webs are especially great for Scraggy since it means it can sweep against slower teams without a boost, and with a DD under its belt is no longer revenged by common scarfers such as Mienfoo. Meanwhile, Scraggy has the typing and bulk to comfortably chew a +2 Sucker from Pawniard, one of the bigger threats to webs teams. DD and Knock are self-explanatory, while Drain Punch gave a reliable fighting STAB to use that also regained some health and helped to keep Scraggy out of the range of priority. 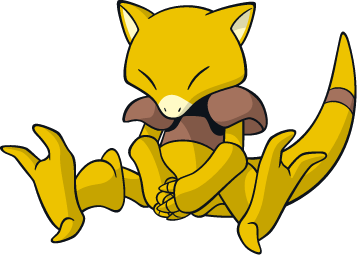 Counter Abra had just been released a week or two before my game with d0ka, and I knew 100% that I wanted to use it. Sash Abra is clutch as hell on these kinds of teams in general, as it gives you a ton of insurance against basically every threat that webs struggles with offensively. Counter ratcheted that ability all the way up, allowing Abra to even punch past things like Alola-Grimer and going a long way to alleviate Abra's 4mss by covering a ton of threats in one slot. That left me free to run EBall + DGleam, which felt like the best possible coverage for dealing with LC's spinners and defoggers. Definitely the MVP of the team alongside Pumpkaboo. 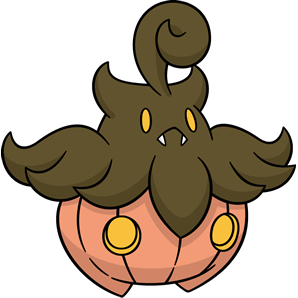 I know Frillish Webs became popular for a while but for my money Pumpkaboo is still the best spinblocker in LC. The little Pumpkin is just so chunky, and that defensive typing is clutch. This switches in to Staryu all day long, chews up Psychics from non-LO Abra, switches into fat pivots like Foongus, and just generally acts as a great defensive stopgap on an otherwise offensive as hell team. I used to run mixed with Shadow Sneak just to get some extra prio on the team, but Fire Blast is just too handy for bulky grasses, and keeps things like Alola-Pix from easily switching in. Anyhow, if you're looking to get into LC and you're not sure where to start: hazard offense with fat Pumpkaboo matches up well against like 75% of the tier's common teams. 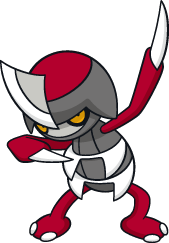 Pawniard's kind of a given on webs thanks to its great bulk, its strong priority and its ability to discourage Defog. It's also a good answer to the Fairies that want to wall Scraggy, especially since both Snubbull and Spritzee risk giving it a Defiant boost with their main STABs. I went with offensive Adamant Pawniard to keep the offensive pressure as high as possible, and with the fairly standard Rocks + 3 attacks set, although I do think Low Sweep is really cool on webs pawn too. Still, this was by far the most reliable set, so I used it. Not too much else to say here: Pawn does what it does, and does it well. 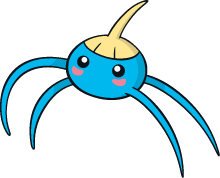 Can't have webs without, um, webs, and I saw no reason to stray too far afield with my choice of webs setter. Frankly you could put pretty much any of them in this slot, though I still prefer Surskit to Sewaddle/Spinarak. Protect was a must to preserve Sash since Fake Out has been way more popular in general lately. Other than that... yeah, not much to say. I wanted something that could reliably get webs down in most games, and Surskit's speed means that it's just more consistent at it than any of the other webs users. Just don't blindly lead Surskit every match (especially against teams with Onix) and you'll be fine.

Scarf Shellder seems like kind of an odd choice to close out the team, but as I expected Sun from mad0ka, I wanted a scarfer that had a decent offensive advantage against most Sun sweepers. I like scarfers on webs teams in general to help with things like Gastly, and running Shellder also meant I had an unexpected Rapid Spin in my back pocket to serve as insurance against opposing webs or spikestack. Shellder is also nice because it forces people to react around it, since seeing it on preview means your opponent will always have to play around a potential Shell Smash sweep. Hydro Pump went in as my last move over Razor Shell because it hits Pawn and Mudbray harder. While Shellder could probably be replaced now that Sun is gone (and now that people know the team a bit better and know it's scarfed), it's still super clutch against broken threat Sashbra, so I've kept it.

hey hogg. love this build and i've been spamming it recently with a few changes.

I made scraggy 236 Atk / 36 Def / 212 Spe with a Jolly Nature cuz the other two points in hp and spdef do pretty much nothing on the z set while attack is useful for better ko power and the moxie boosts.

I also made the shellder Life Orb > Choice Scarf since sun is no longer around. Here's the set i made it since i felt spin wasn't really necessary but spin over razor shell is fine.