Moderator
Hello Smogonites, today it's time to revive a grand old tradition of mine: bathroom horror stories! For those that don't know what I'm talking about, the original thread was a Firebot thread that was bumped almost every year from 2011 to 2019! I suggest giving it a read, there's a lot of funny situations in this decade old thread!

If there's one thing that's eternal about the human condition, it's that poop and pee are funny! If you don't think that's true, then I want you to stop strangling your inner child and let them laugh, you prude! However, while poop and pee are funny, they also are smelly and suck to deal with. The true comedy of poop and pee comes after your initial experience with them, when you can look back at the incident and have a good laugh!

So that's what this thread is about: share funny, disgusting stories about bathrooms, private or public, and other disgusting situations you've had to deal with before, especially ones that involve body waste products and fluids!

I'll kick things off with a fairly unique bathroom horror story I had earlier this month: my colonoscopy.

As some of you know: I got psychologically wrecked for over 3 months about the potential factor of having colon cancer. Since the doctors couldn't figure out what was going on, it was time for some minor exploratory surgery in the form of a colonoscopy, which I had about 3 weeks ago. For those that don't know what a colonoscopy is: its a type of surgery where they sedate you, then shove a camera up your ass. Having a tube with lens shoved up my butt is already enough to qualify as a bathroom horror story, but the sedation meant I didn't feel a thing.

Oh no, the real bathroom horror story was the prep work for it.

As you may expect, your ass is a very dark place, and the shit clogging it doesn't help. So they expect you to "clean your bowels" with super powered laxatives. Now in the past, it seems like what was used was called "Suprep" around here. Basically, you mixed this foul tasting liquid with some water, and you were good to go. Instead, I got Sutab, a newer pill based form that was introduced THIS YEAR! I was pleased that I didn't have to have the nasty liquid, but the instructions for this medication were still fucking bonkers. I mean, I already had to be on all liquid diet the day before the colonoscopy, but now I also had to take 12 GOD DAMN BIG FUCKING PILLS WITHIN 15 MINUTES OF EACH OTHER FOR 2 DAYS! Seriously, I had to read that several times, that's not an overdose, that's what I was supposed to do!

There was something else my my mind too... the doctor told me to make sure I brought "water and Gatoraid to the bathroom with me, to prevent dehydration."

So basically, when it came time to finally take my suprep, I knew that shit was going to get very real, literally. I was prepared: I made sure my Switch was able to plug in, I brought a foldable table into the bathroom, and I made sure I was well stocked on water and gatoraid. It was time for the fateful dance with colonoscopy laxatives...

For the first 30 minutes or so, I didn't feel any different. But when that 30 minute mark hit...

my stomach made an ungodly sound I've never heard before. You know when in cartoons and stupid moves, when someone has to take a dump, that you hear a weird, comical stomach sound, and the character puts their hands near the bottom of their stomach, wincing in pain? That's exactly what happened to me. It was time to rush to the toilet, because the fireworks were about to begin!

Keyword: fireworks. As you can imagine, having an all liquid diet for the day has a huge effect on your bowels. You could say that...


This was no ordinary diarrhea, my friends. No, this felt like fucking magma coming out. It was as if my ass had become Mount Vesuvius, and my poor toilet bowl had become Pompeii! HOLY FUCK this hurt like hell! And it gets worse: these are some strong fucking laxatives, because I couldn't get off the toilet for god damn hours. Now I see why the doctor had told me to bring drinks into the bathroom: because I my butt was in eruption hell, and I was gonna get dehydrated fast if I didn't bring my beverages into the bathroom like some creepy poopsocking World of Warcraft nerd!

Not only was it painful, but it was distracting too. I was originally going to ladder in Pokemon Sword on my Switch, but fuuuuuck that, I'd probably fuck up against a Zacian or something as those satanic squirts cause me to misclick. Mario? It can't be Super Mario 3D World, because at that point I was at Champion's Road with Toad, I don't want to drop a load while playing as Toad and die to the dash blocks. Super Mario Maker 2? I had literally uploaded 3 Mario Maker levels a few days before this, I needed a break. This was when a hero presented itself to me... That's right. I decided that today of all days, it was finally time to get back into Fire Emblem, with the first game in the series! According to some Fire Emblem fans, this is a fitting time to play the game, as they think it sucks quite bad. However, as someone who hasn't played Fire Emblem in like at least 5 years... I had a good time! Those soldiers are so patient, waiting for me to give orders between yelps of burning butt boo-boos. I can assure you that the enemy suffered great causalities during my bathroom time, while Marth's army suffered zero. I had truly become a masterful tactician from the toilet tribe, ordering Marth's army through victory during my diabolical diarrhea!

I had to go through this twice too: once at 3 PM in the afternoon... and once at fucking 2 in the morning. I'm already good enough at wrecking my sleep schedule, but this sucked extra hard!

Thankfully, my toilet trials were nearly over when I went to the hospital for my ass examination. I was sedated, and watched as they preformed their colonoscopy for a bit before getting knocked out. When I awoke, I was told it was gonna take a while to get the results back. so I do what was natural in my sedated state: I grabbed a Mario game, and started playing! I accomplish my greatest achievement in my hiney hijinks: I beat Super Mario Bros The Lost Levels while sedated! I'm not kidding, I have photo proof of this! 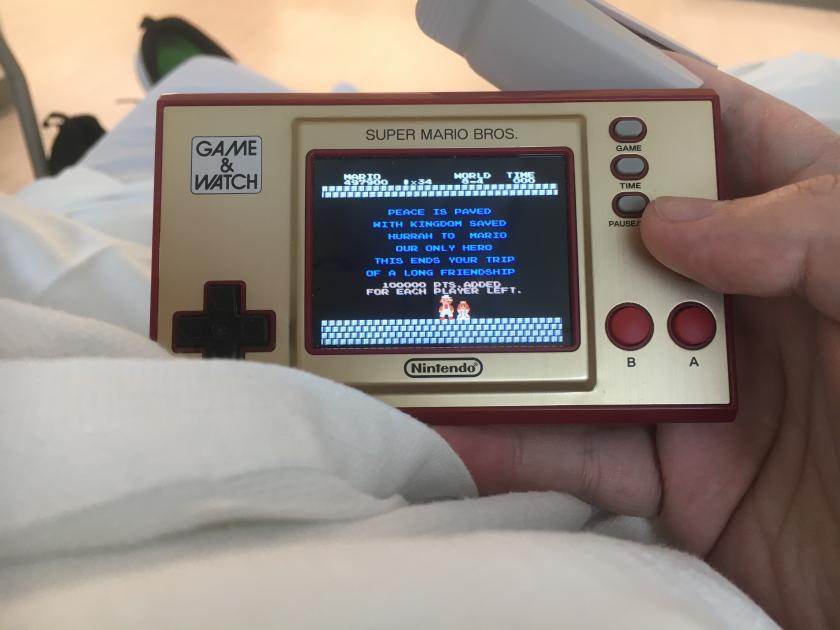 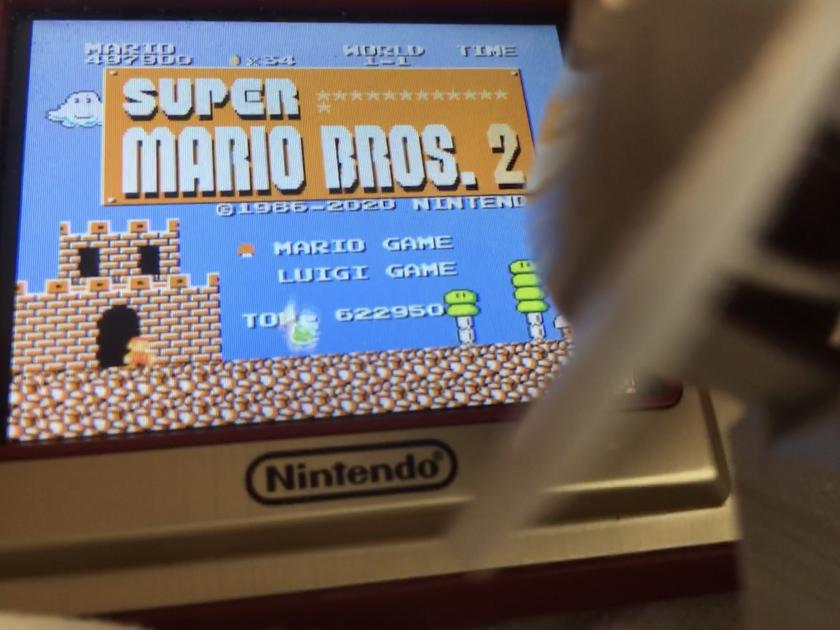 Those stars on the are the amount of times I've beaten Lost Levels on the Mario game and watch: 13 times s of my colonoscopy! I did start at world 8 due to the game's level select feature, but still: This is the first time I've beaten a Mario game while sedated!

Thankfully, the doctor comes in, and gave me great news: I didn't have cancer, only some minor issues that they were able to solve during the surgery. My mom picks me up, and, it turns out the sedatives made me high as shit, because I start humming a circus theme on the couch while eating gelatin, and I fell asleep about an hour later.

Well, that was quite a big assventure there, one with a happy ending too. Don't be a stranger now, share your own!
Last edited: Apr 25, 2021

literally me in real life

GP Co-Leader
I'm not the one doing the bathroom business, but this was still horrifying for me.

I often was forced to go to church as a child, and more often than not, I would go hide in the bathroom to buy off some time. One time, I was waiting for someone to finish using it, and I could here the slight sound of a lot of water splashing. Assuming it was the toilet water, I had to hold in my laugher at the fact that, well, someone was probably shitting. Once the door opened, an old lady came out and gave me a kind smile. Once she left, I walked into the bathroom, turned on the lights, and nearly gagged at the site of shit smeared all over the toilet rim.

Needless to say, I stayed in the pew for the entirety of the next few masses after that. 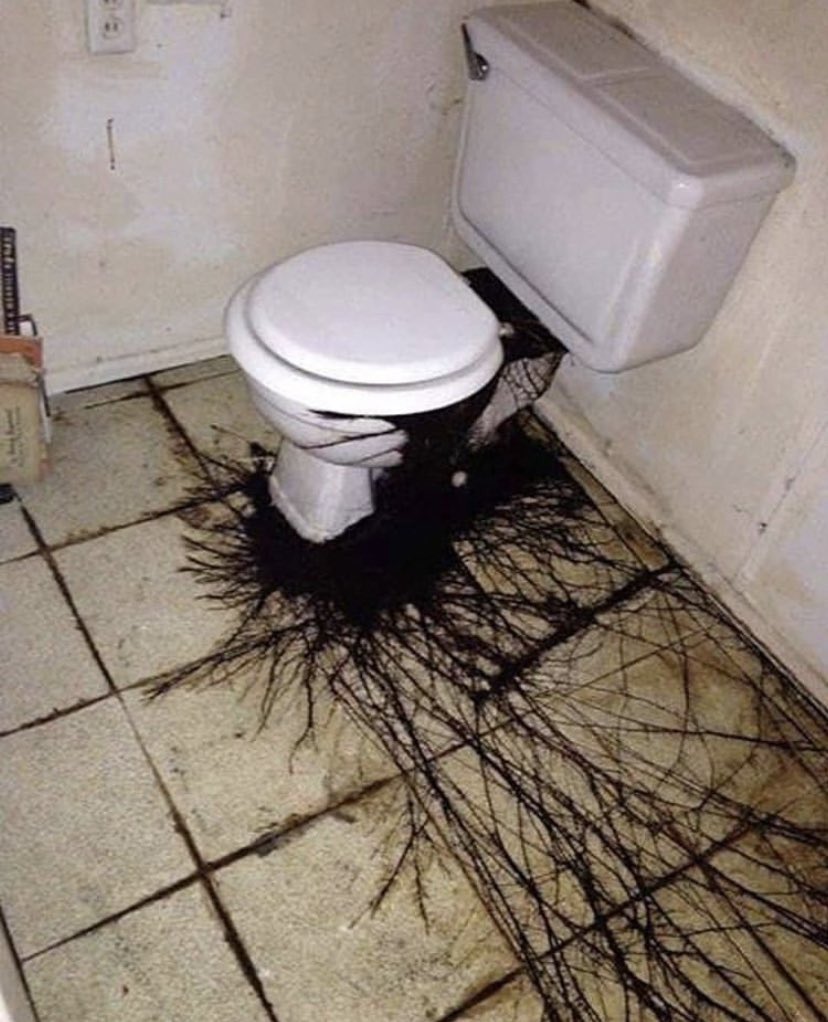 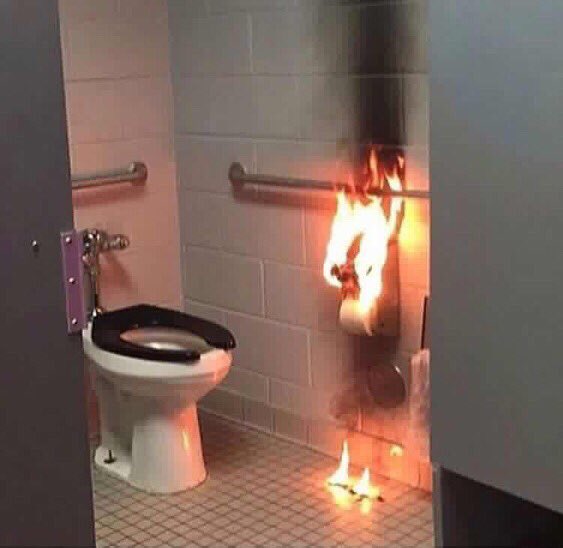 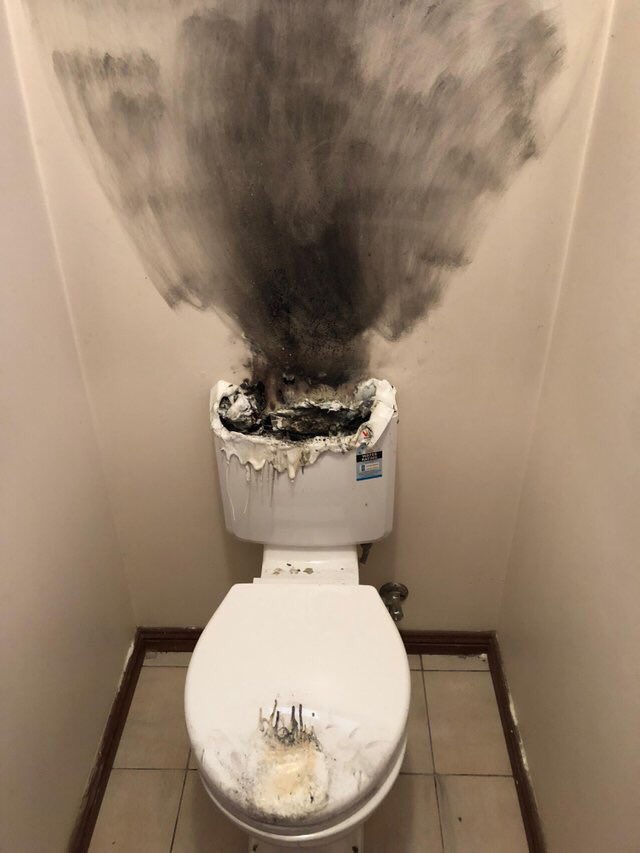 Lol venom bout to merge with that toilet

I had a bad case of constipation recently, and it sucked. I'm still eating the prunes my mom bought. 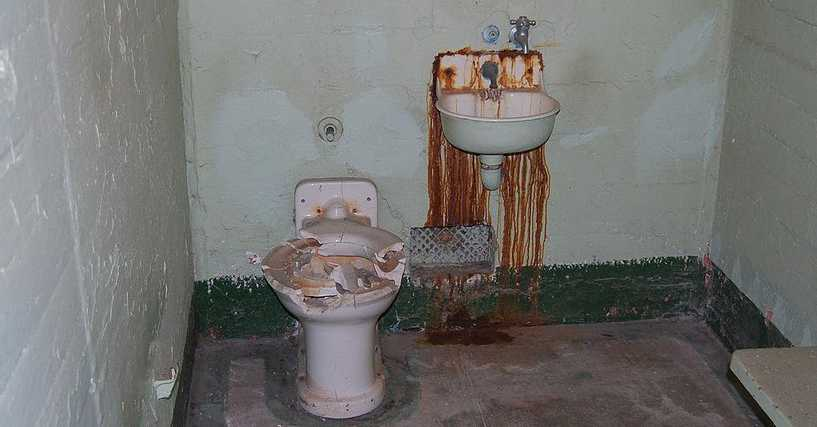 Yo what the actual shit

Moderator
Popping (or pooping) in to say that I had a colonoscopy with the liquid you have to drink that Theorymon was talking about and it was absolutely vile. I’m glad they have pills for it now instead of drinking like a gallon of that awful stuff. They gave me a flavor packet to make it better but to this day whenever I taste pineapple all I can think about it my colonoscopy
You must log in or register to reply here.
Share:
Reddit Pinterest Tumblr WhatsApp Email Link