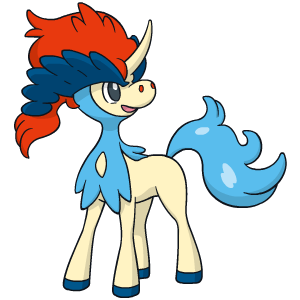 The mon i wanted to build my team around. To me he's so underestimated in this meta but he has many opportunitied to come (heatran mainly) and can someone 6/0 unprepared teams. Awesome double type and stats. Z water allows me to pass tanks after a CM , no more explanations i just love this mon ! :) 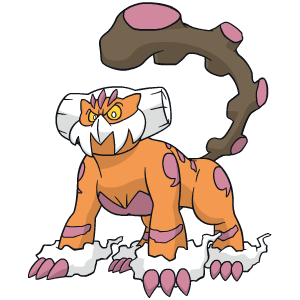 
Full def Lando is quite rare to see but it's very effective since intimidate is the best physicall defensive tool. This mon can come on almost all the meta , i chose relaxed nature to get the slowest u turn possible , he gives me mementum so often and is quite often my lead (far from always) HP ice of course for other landos/garchomps... 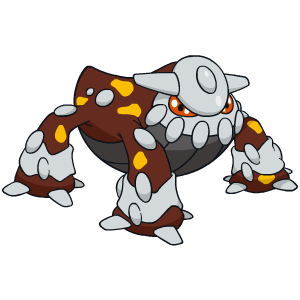 What to say about heatran? to me he's one of the 3 best mons of OU since his only real counter is himself... fits perfectly in this team since rocks are important to make deo and lele sweep. He deals easily with mons who make Keldeo struggle and can trap them. 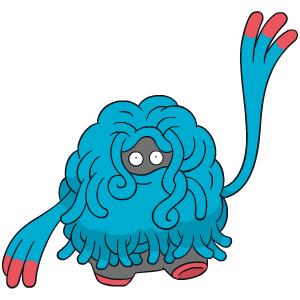 
I absolutely HATES this pokemon... so passive , but he fits so well i had to put him here. He's stopping almost every threat to this team , even if he's offensivly useless , knock off is always a very good move with so many item reliants mons in OU. 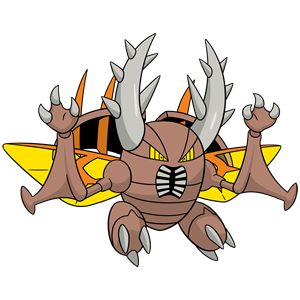 
A mega you don't see quite often in OU , a good typing priority , awesome talent , awesome attack and he's pairing so well with keldeo dealing with fini and bulu easily , a very important piece of this team 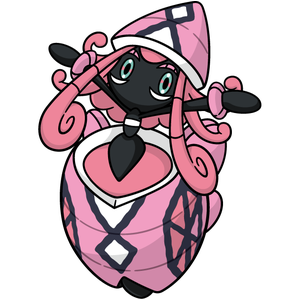 
My favorite mon of this gen , he's just so so good. Since i have to kill al steel types for Pinsir to perform , lele was perfect. When i start a match i always wonder : what the opposite team has against psychic spam? or moonblast spam? he's my late game sweeper , revenge killer , or finisher

I'd like to have the advice of good players , i play since gen 5 , stopped during gen 6 and then came back. It's my first built team in this meta so what do you think of it?

Hello Riven_or_afk, I'm glad you got back to mons. Your team is pretty cool and I really like the fact that it features Keldeo which is a mon that has been getting a little bit of traction recently. It's pretty solid overall and follows a pretty consistent and generic scheme, with a solid Tang + Tran defensive core. Although it does have weaknesses, a few changes will be able to deal with most of the team's issues.

- On Keldeo, I would suggest changing your set to Scald / Secret Sword / Taunt / Calm Mind with Leftovers. Althouh this set doesn't have the raw power of Z-Move Keldeo, this set adds to its longevity and ability to cripple bulky walls and beat Stall, which is extremely valuable. The burning chance of Scald is also really useful as it means that Heatran can pick off things like Toxapex easier for example.

- Defog on non-scarf Landorus-T is not something I would generally recommend using and although it can work on some teams, it's not the case here. Your team is really weak to Grass-types such as Tapu Bulu and Kartana, and Landorus-T didn't really help against that. For that reason, I'd recommend Tornadus-T which, on top dealing with Grass-types much more easily, is also a much more reliable defogger thqnks to Regenerator. I'd recommend the Flyinium Z set here since I removed your Z-move user. It's useful so you tank Knock Off easier, you have a nuke that can pick off weakened threats, which is super helpful against threats like Celesteela and Toxapex, in conjunction with Knock Off.

- M-Pinsir is by no means a bad pokemon but it's super hard to fit on teams considering the amount of support that it needs in order to function, and also doesn't bring much utility. M-Charizard X, on the other hand, offers a lot more utility as a sweeper as it can switch-in on threats like Heatran, and even Landorus-T's Earthquake prior to mega evolving. Additionally, it has access to recovery in Roost, making it a sturdier wincon and overall better slot than M-Pinsir.

- Finally, a very minor change, which I felt was still worth noting. I changed Heatran's spread to 248 HP / 56 SpA / 76 SpD / 128 Spe. The spread is from Finchinator. The special attack guaranteed OHKOes offensive variants of Heatran, and the speed is useful for outspeeding stuff like max speed Tyranitar as well.

~~
So that's it for my rate. Overall, I really enjoyed rating your team and ended up with a pretty satisfying result. The new team is able to effectively respond against most metagame threats although you're going to have troubles switching in on threats such as M-Mawile and Tornadus-T, which may cause to be an issue in games. However, it shouldn't hinder you too much rfrom accomplishing your main goal in games and through aggressive play, you will be able to avoid too much damage. I hope you like the new team and if you have any questions, feel free to contact me.

Thanks a lot for this reply ! i'll try it ! I already changed to lefto keldeo before reading your response and it's a lot better ! Good idea on tornadus , i'll definitly try that !

I'll try to keep Pinsir tho , Zard X may be better but i created this team to play a deo/pinsir duo so i'll keep it this way even if it's not optimal. Anyway thanks for your answer and i'll definitly post other teams when i need questions or advice
You must log in or register to reply here.
Share:
Reddit Pinterest Tumblr WhatsApp Email Link