i'll be honest, loved the episode, this season needed 10 eps but only ep 4 really stinks. Loved Jaime's anti-arc, loved Cleganebowl's resolution, LOVED Daenery's descent, loved the King's Landing PoV, loved the poetry of Cersei's empire toppling on top of her. Euron is lame as always but honestly, this episode was amazing and I'm sure time will treat Season 8 very kindly (and I was one of those who absolutely loathed S7).

There is a lot that needs to happen still in this single episode:

1) Brann's story needs to be finished. They showed him being able to change things in the past twice (Hodor and yelling at young Ned), so I'm sure something will happen with that. Shame Brann hasn't done anything this season yet, because he could've prevented much of events that took place. This might intertwine with Tyrion's ending, since they "talked". Also the whole Jaime might still be alive theory (since he got no farewell on social media nor did he get his "death" interview) would be very good to salvage his character-arc somewhat. All the remaining characters need some sort of closure, not just the main cast, but the likes of Yara Greyjoy and Bronn as well. What goes on in Essos etc?

2) They need to take care of Daenerys. Killing her isn't really an option because all the Dothraki are her bloodriders so they'll have to die too, and Drogon is not letting anyone hurt his mom. I doubt Westeros has enough strength left to fight her, so either she fixes everything (Brann's time-travel can work here) or leave for Essos peacefully and maintain the peace she brought there as redemption for her crimes. ... Or she burns everyone left in Westeros, but that isn't bittersweet ... . Jon hasn't done anything for the story this season, and the Lord of Light brought him back for a reason, which apparently had nothing to do with the Night King (he can't be brought back to kill Daenerys because if he stayed dead, she would not have become the Mad Queen in the first place). Maybe he's the one that goes back in time, keeping his secret or something.

Lets hope to end on a positive note. The last couple of episodes were a bit subpar, but no need to complain before it's all over. There should still be a plot twist coming, to explain everything. Unfortunately, with only 75 minutes left, it will probably feel rushed again, but I hope they'll take their time on some scenes. We'll see tonight if I might sign that remake petition or not xd

Moderator
all I can say is oof

This was a terrible ending. One of the worst endings ive ever seen

Not gonna decide what I think of it tonight (probably a mix of things I like and things that seem off), but:


Reading other people's reactions on Reddit, it's amazing how many don't seem to have noticed that they abolished hereditary monarchy.

He doesn't have one. They abolished hereditary monarchy.

"Oh, sure, Jon is the true king but they just sent him away."

No he isn't. They abolished hereditary monarchy.

to find better ways to say what nobody says

ending overall safe and predictable, not a terrible episode in its own right but rather bad and without impact due to the writing that preceeded it. it was more a symptom of wider problems the show developed in the last 2-3 seasons rather than it being a poor conclusion out of nowhere. some of the shots were good (i liked danarys imposed over drogon so she had wings and the melting of the throne) but as usual, bad writing and some uhhhhh moments (the reach is empty? why are the dothraki and hell even the unsullied remaining so civil despite the circumstances? the whole election scene stands out as particularly awful) now that this is over in very smogon tradition(tm) i presentmy got character tier list. i tried to rank with as holistic of a view as possible

the sand queen mum is a stand in for th whole dorne plot line
Last edited: May 20, 2019

THE_IRON_...KENYAN? said:
This was a terrible ending. One of the worst endings ive ever seen
Click to expand...

Agreed, I don't think they could've ended it in a worse way. Some part of me is still hoping this is that fake ending they shot xd

Myzozoa said:
is it too soon to blame the all (white) male writing team from los angeles
Click to expand...

Really hope that was sarcastic. Competence in writing has nothing whatsoever to do with race or gender - EL James, Stephanie Meyer, Tyler Perry, the Wayans Brothers, Dinesh D'Souza and Reki Kawahara are all living proof that anyone can write crap.

Speaking of crap, that finale sucked. Honestly the entire season was thoroughly mediocre. I don't like what they did with Denaerys, John Snow and Arya were sporting plot armour that made Kill Bill look well written and believable, and it honestly seemed like they were killing off characters just to prove they could. Being brutally honest...in a vacuum it honestly wouldn't have been too bad. But when you think how iconic the first 4 seasons were, it made the shortcomings of this one all the worse. At least season 7 had some good moments - I loved the scene where Jaimie leaves Cercei, and I could watch Arya's revenge on the Freys and Litllefinger's death over and over again. I don't think there's one scene in this new season that I will ever watch again.

Didn't mind the ending, even though it was predictable and all. Not sure why they brought Edmure back, probably the part I disliked most. 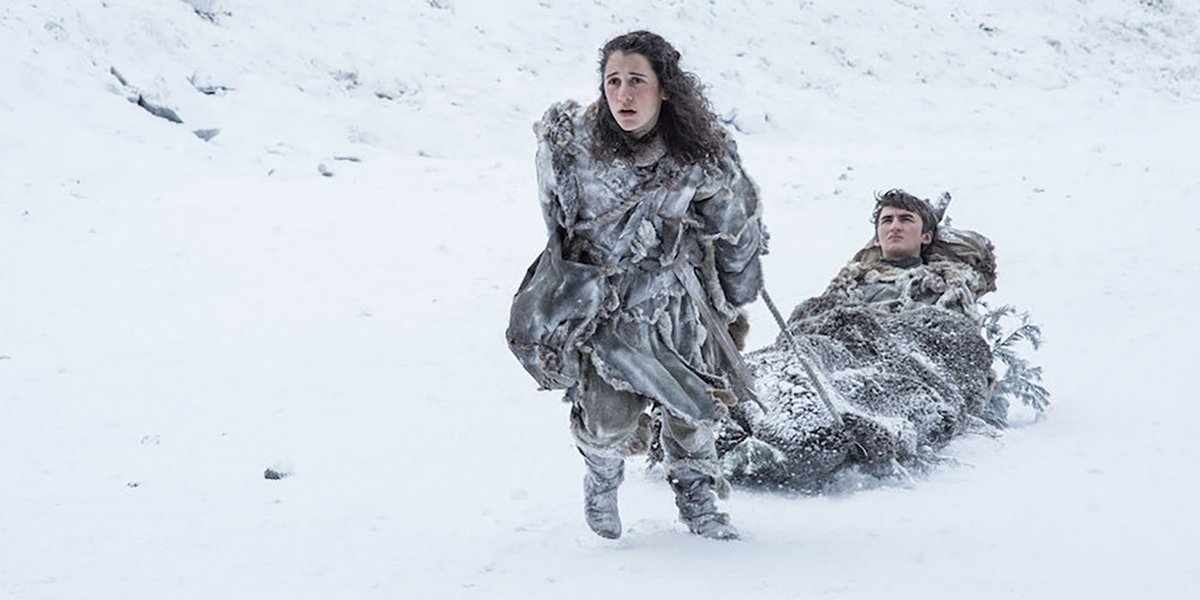 HELLO? DID SHE GET SUCKED INTO AN INTER DIMENSIONAL RIFT OR SOMETHING?

Fans after the finale:

When i went back home from work with a colleague I was like "I hope this doesn't end with stupid bran being king and dany dying within the first 15 min". Like seriously, Bran being king is nonsense, Arya not dying is nonsense, same for tyrion, really bad final episode, Dany dies, they are all shocked by what happened to the city, but when they vote for a new king they start having fun with each others like "hey all the city was destroyed but let's move on" and no comment about the dragon and Bran "trying" to find it rofl
Last edited: May 20, 2019

The scene where Edmure tries to present himself as a candidate for king was the apex of cringe and almost made me stop watching. Thank god he redeemed himself and almost saved the whole episode with the line about voting rights for dogs.

they really brought jon snow back to life just so he could walk the black again? come on...

also Asek you're being mighty kind to jamie in your tier list given that they through his entire redemption arc in the dumpster in this season... pretending you haven't watched s8 won't make it not happen.. ive tried

overall i agree with the statement that this ending episode wasn't bad by itself, rather the writing leading up to it was pretty poor and given the fact that they had to fit everything into the one episode they couldn't really pull off anything too much more interesting. there were some good shots though however, but thats been the entire thing through the last two seasons that the cinematography was pretty epic but the writing... not so much.

i kinda dislike how they threw away the stakes with everything that made this show have so much weight in it. things had consequences and characters actions made sense. not so much recently.
feel bad for the actors, they put on a great performance despite the awful writing and they know it

shade said:
all i wanna know is what was the point with jon being a targaryen feels like we wasted a lot of time on that meaning fuck all
Click to expand...

jon being a targaryen is basically what set off the chain of events for ep 5 & 6. if jon isnt a targaryen or nobody knows about it, varys doesnt die, theres not as much tension between dany & tyrion, and the burning of kings landing probably doesnt happen either.

dany knows ppl are gonna find out about jon eventually, a lot of ppl wont accept her as queen even after she defeats cersei. if she kills the entire fucking city then its not about who's the rightful heir anymore, its just that she has a giant dragon and is gonna kill anyone who gets in her way. & in her fucked up head at that point, that was a better idea than dealing with jon supporters

(i dont mean to defend this ending cause i thought it was shit, but i dont think the jon targaryen plot is a major issue)

Me @ the halfway mark

It's hard to be disappointed anymore and honestly I'm glad it's over. Now I can look forward to GRRM's ending. And lord please let the rumors be true that he'll learn from D&D's failures and salvage a better ending from his current meandering storylines taking place in the books.
You must log in or register to reply here.
Share:
Reddit Pinterest Tumblr WhatsApp Email Link