INTRODUCTION
The last team i posted on this thread was actually incredibly successful on the ladder for me. Darmanitan has many uses with it's Zen Mode strategies, Corsola is incredible at walling out anything (and i mean ANYTHING. Unboosted, it can take any hit from any pokemon in the Galar Dex, ignoring Ubers). However, i've made some changes and have a few ideas on what could be a positive change with my hazard control.

Nevertheless, here is my team.

That good enough for y'all?

Okay, but in seriousness, here is...
THE TEAM 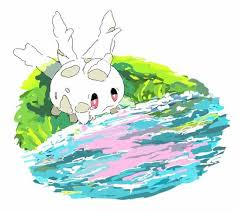 This was the first mon i wanted to build around when previously establishing the team. Corsola is a versatile wall, with it's eviolite makes it incredibly bulky in both defenses. Strength sap gives reliable recovery, whirlpool and will-o-wisp both work as chip damage. Hex can do a strong amount of damage against threats that can't kill it at full (Dragapult especially). EV's are in special defenses; it's weaknesses are often special threats and it has wisp and strength sap to lower offenses.
In practice, this thing is immense, not a central pokemon when sweeping but it is very reliable. Not to mention the welcome surprise of whirlpooling a scarfer, disabling it's move and letting it struggle to death. 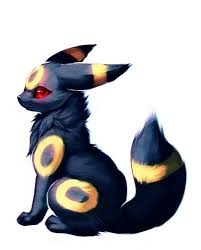 I. LOVE. Umbreon. Why wouldn't you? fortunately, despite losing what would be incredible utility in heal bell this gen, it acts as an incredible defensive partner to Corsola. Dragapult? Switch in umbreon and foul play. Scarf Hydreigon? Switch in umbreon and get off as many wishes as you want. Taunt provides occasional utility against walls, but this thing offers better use to heal it's teammates back up. A neat trick can be to toxic a seismitoed/mandibuzz by switching in to their own toxic (granted, a better strategy before excadrill offered the immunity). Foul play can be a neat trick against some special threats with surprisingly ample attacking stats. 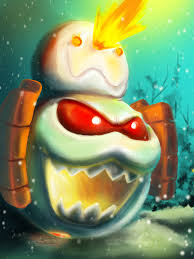 When i first released this thing onto the meta, i didn't know how it'd fare.
It fares incredibly.

Now, i doubt i was the first to use zen mode on darmanitan, but its sure as hell become more common since i've began leading and sweeping through full teams. There's infinite opportunity with this 'mon, but here's the gist: Substitute on a move that doesnt attack you or break the sub. Belly drum down to your salac and activate zen mode. And, finally, use your neutral coverage against every non-levitate pokemon at 4* attack to, frankly, destroy. I've used it in many situations; switch-ins on toxapex and/or ferrothorn will do some good to set up on their toxic/leech seed (hope for no haze though). Another strategy is to pose as a gorilla tactics, scare something off, and sub. Unless the opponent is running priority, ditto, defensively set-up rotom wash/heat or scarf dragapult. It sometimes works well as a lead, depending on their team comp.
Yeah, i love this 'mon so damn much. 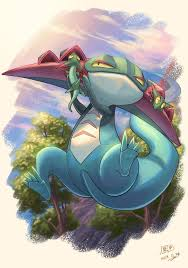 To sum up this things' role, i look to a friend who suggested i remove draco meteor, for a water type coverage move. I gave it a short bit of thought, before going absolutely against.

Dragapult is a sniper. Draco Meteor, with the specs, with the investment, it comes in and OHKO's more than you may recognise. It's coverage allows for a decent coverage, even if the specs wasn't always perfect. This thing gives checks to Dracovish, something which otherwise doesn't get much coverage. This 'mon is strong in the endgame, weaving in and out with draco meteors. Solid mon, as the meta has been keen to express to us all.


It this teams' past iteration, Corviknight and Cinderace were used on this team. They have now been replaced with Ditto and Excadrill respectively. 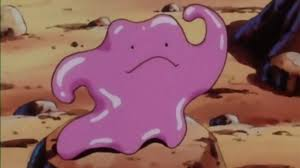 It's Ditto. Simple.
This team had issues with priority and set-up sweepers. Meanwhile, corviknight was being totally outshone by Corsola.
Speaks for itself. This thing is versative as hell and i love it. 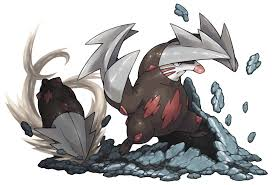 Before Excadrill came in, cinderace was functioning perfectly well. It's court change was perfect for hazard control, and Sucker Punch was good for a (limited) form of priority. However, Clefable and Toxapex were proving really frustrating to deal with, and Excadrill provided different utilities against some pesky threats. Levitate? No issue. One swords dance and a rapid spin? Your opponent should be fearful. Earthquaking a rotom is so satisfying as well. Usually, keeping this alive will reward you, but im learning the mon and as such it tends to die early on.

I need advice on the team. EV spreads i am horrible at. Im sure some moves/pokemon may fit better. So
PLEASE COMMENT BELOW!!!

What's the use of Heavy-Duty-Boots on Drill? He resists rocks, and is immune to Tspikes, only webs and spikes hurt it really. Not all hazard removers need boots.
Also, you seem to lack rocks, which could be used on Gorsola(Rocks>Hex).

toninho100% said:
What's the use of Heavy-Duty-Boots on Drill? He resists rocks, and is immune to Tspikes, only webs and spikes hurt it really. Not all hazard removers need boots.
Also, you seem to lack rocks, which could be used on Gorsola(Rocks>Hex).
Click to expand...

Not exactly looking to use sr on this team, Cinderace previously allowed for rocks to be set by just using opponents spikes. Hex is way more important to trap and kill physical threats than having rocks. If there is another way to bring in any sort of hazards (maybe something instead of umbreon), i'll take it!

My main reason for using heavy-duty boots is because there wasn't really a better item!! Exca lives a lot of hits, but barely. Not losing anything from rocks is surprisingly crucial. I suppose the item could be updated to life orb, or something else if you have ideas. Ignoring webs to rapid spin away to a 450+ speed stat is crucual in some matchups.

Hey, quick suggestion for the Excadrill. I have used focus sash to pretty good effect and it may be useful here. Normally, the multitude of hazards would make a focus sash a waste but with your ability to wish on umbreon, it could serve as a guaranteed sword dance, rapid spin, or revenge kill.

Life orb can definitely help add more punch into attacks. If you want to keep it alive it may not be the best item though.

Ccarlos said:
Hey, quick suggestion for the Excadrill. I have used focus sash to pretty good effect and it may be useful here. Normally, the multitude of hazards would make a focus sash a waste but with your ability to wish on umbreon, it could serve as a guaranteed sword dance, rapid spin, or revenge kill.

Life orb can definitely help add more punch into attacks. If you want to keep it alive it may not be the best item though.
Click to expand...

I definitely had the awareness of Excadrill's utility with a focus sash, normally being my preferred item, but i forgot how i can switch into a wish and heal it back up. This is a really nice dynamic! I'll try the change, itll be good against pesky fire coverage like Hatterenne's mystical fires and Clefable's flamethrower.