You're doing amazing, Keep it up!

Gothitelle's biggest selling point is Shadow Tag, which forces opposing Pokemon to stay in against a strong ally such as Zacian-C or Landorus-T, or a teammate like Perish Song Lapras. Maximum Speed gives Gothitelle a faster Fake Out than Incineroar and Rillaboom. Gothitelle can draw attention to itself by pressuring foes with a fast Hypnosis. Helping Hand can capitalize off this attention by turning moves like Zacian-C's Behemoth Blade into nukes, letting it OHKO even most Dynamaxed Pokemon. The increase in damage is helpful because Gothitelle has no offensive moves to pressure foes. Venusaur especially appreciates the boost in its damage output, as not only does G-Max Vine Lash do a lot of damage to any neutral target, but its residual effect continues to chip foes while Gothitelle prevents them from switching out. This potentially enables a late-game cleanup from a Pokemon such as Zacian-C. Focus Sash allows it to take an Astral Barrage from Calyrex-S and potentially set up Trick Room. Trick Room enables slow partners such as Torkoal.

Here is a Gothitelle team piloted by Taran Birdee that has performed well at various tournaments: https://pokepast.es/ffe3266221973fe4 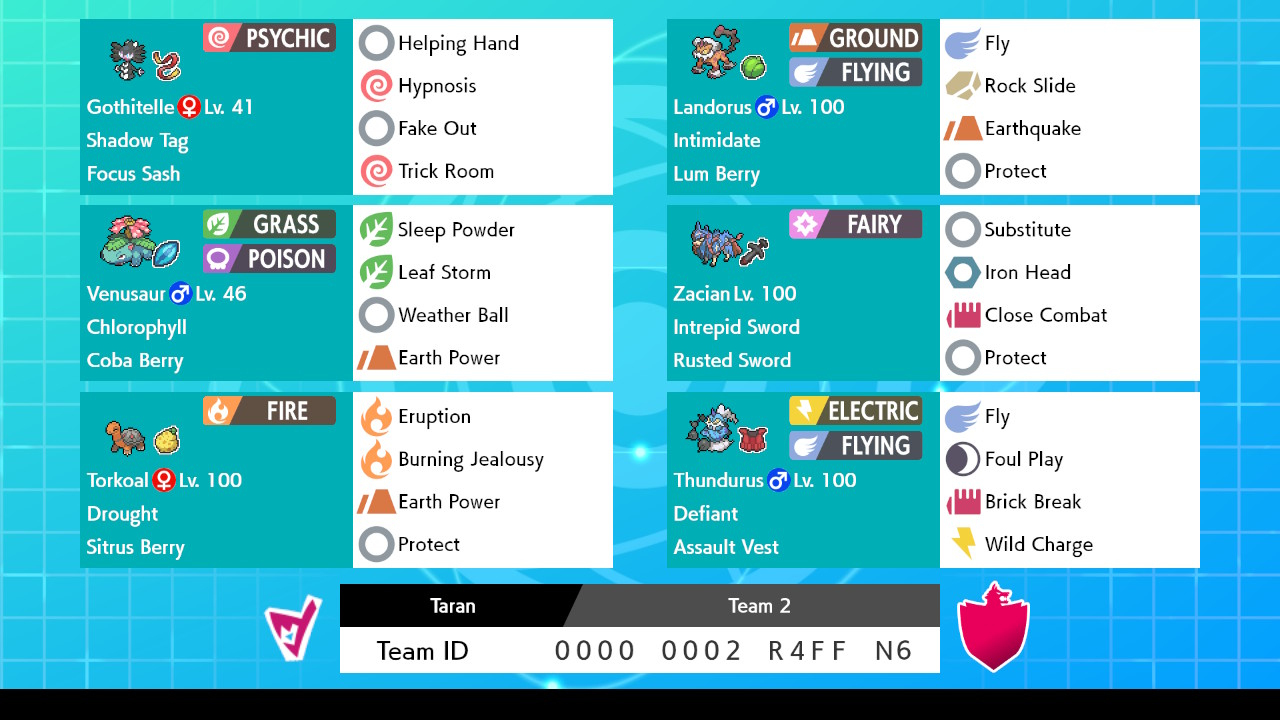 It's a chill from the Pacific rim.