Ho-Ho-Ho! Merry Murican day! The day where all the good little boys and girls finally get fed by their welfare reliant parents. If you were naughty this year you get fed salad instead of that deliciously grilled food. Since it was down pouring where I live, they cancelled fireworks for the night. But we still had a mighty fine barbeque. Anyways, I needed to find something American to do without the fireworks to show my patriotism. So I decided to ignorantly go into uncharted territories and take over with the power of MURICA!!! So I immediately went into RU and saw a glorious, glorious freedom bird. Also known as an eagle. Knowing how strong bird spam is in Ou I knew this was going to hold true in RU as well. They are clearly the same metagame. They even both have a lesser bird from the talonflame line. That's enough about flaming chickens though, we have an eagle to talk about. This thing is a monster and has won me nearly every game I have played. I figured defiant would be cool in the event of defog but that is rarer than a black man in certain southern groups. Now every American needs to be brave so brave bird was the mandatory attack of choice. We also felt like it needed to bulk up if it wanted to play in the big leagues as it hit like a little girl before that and took hits like... well I don't think I'm allowed to talk about that here without going to jail. FREEDOM!!! Anyways this bird needed to roost on occasion to show us its liberty stare and remind us exactly what we were fighting for. Unfortunately this bird is a bit of a pansy and is afraid of getting burned so it likes to hide behind a substitute. Also, changed the nickname from Murica Bird! to FREE BIRD after the song that is clearly the greatest since the National Anthem itself.

For those of you that don't live in America, yes, the rumors are true. Every single one of us looks just like an Emboar. When I saw it in the pokemon games I wanted to sue Nintendo for racism but decided against it since they paired us with the greatest thing since liberty itself: bacon. Now ever American is the life of the party and is pretty wild, hence why it is holding the life orb fashionable and speed boosting Choice Scarf with that wild charge to back it up. The 40 252 spe ev's enable it to be faster than those crazy kids in the Dukes of Hazard outspeed that loudspeaker Exploud if it runs minimal speed. Now this Emboar reminded me of Aunty Jannett from back in the swamps and every time she took a step you could feel it a mile away so it needed to have earthquake. Yes, Aunty Jannett is a little hairier than most women but she is my sister and I love her. Anyways we needed some fireworks for this Fourth of July and who doesn't want to be a firework themselves? Flareblitz was instantly mandatory on Aunty-I mean Emboar. What I wouldn't give to see her light up like a firework. Anyways every American ever is superpowerful so it needed to be as well. Rocky Balboa is about as American as Cherry Pie itself. If this was to be a true RMT related to MURICA we needed something involved with guns somewhere, and Rocky could punch like one. In case you couldn't figure out what I'm trying to say, this is why we put on bullet punch. Us Americans also like to get up close and personal with our combat. Seriously I'm not even going to explain that one. Ice punch was thrown on because... ICE ICE BABY!! Oh my lord I must be really tired to have actually put that in. Lastly we needed someone to remove the landmines before going into the battlefield so rapid spin was the final move for Rocky. Originally nicknamed Iron Man, I realized Registeel wasn't offensive enough for that title. Or looked anything remotely like that delicious man meat covered in metal. So I renicked to another iron beast with attractiveness on par with Iron Man himself, The Iron Giant. In this day and age we all know about protection so I won't even explain that one to you kiddies, but somedays you just get really annoyed with someone and need to toss them over your barn. (Everyone still has barns these days right?) Anyways, we decided maybe we should invest in our own land mines for upcoming wars just in case something like a Delphox appears. For every single mon that carries toxic, you need to realize that is exactly what America is to anything lesser than this glorious country. God bless it's magnificence. 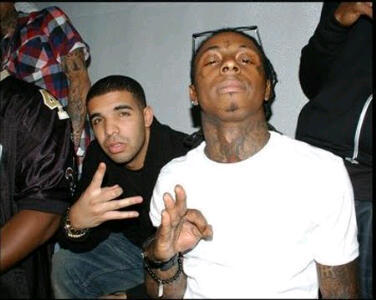 For those of you who don't know, I live on the east coast so I had to represent. Thankfully Gastrodon was one of the blessed many who dropped straight from Ou to Ru this generation. Seriously though, talk about being slow as a snail...slug...thing. I needed something to till my fields so having a mon with the power of the earth was insanely helpful. East Coast also waters the gardens with it's scald even though it occasionally burns things on me, it can be useful some days. This thing needed to recover after taking hits as not much else around here does so this is in all reality my sponge.

Now we needed a history lesson in here somewhere talking about them good ole days. After all, history repeats itself and the south will rise again so sometimes an Encore is needed. Next we needed to plant our seeds and our cotton workers were the only ones around to do that. However our workers also flinch when they are about to be hit so hiding behind a substitute happens quite often around here. These guys have toxic because they are toxic to everything though, not just other countries. At least they do their jobs.

The main threats are communism, anything not American, and the north but we won't talk about those right now.

Amoongus: It's not really a threat, just hard to have the right mon in at the right time. It's more a game of checking it than anything.

Delphox: But really, what does the fox say?

I think your Braviary set should be:

This spread allows you to outspeed a lot faster defensive Pokemon such as Qwilfish and hide behind Substitute and set up while they fail to break your sub with Scald, or stuff like minimum speed Rotom-Mow before it cripples you with Will-O-Wisp or Thunder Wave. You're not sacrificing too much bulk for adding some speed, and it can be very useful.

I think your Emboar should run Choice Scarf, so you can revenge kill / wall break a lot of Pokemon with more ease, as your team doesn't have a lot of priority attacks. Life Orb isn't that good anyways, in my opinion. Earthquake isn't that good either, as Flare Blitz + Superpower hits almost everything that Earthquake can also hit. Sure it gets past a lot of opposing Fire-types such as (Pyroar, Magmortar, etc. but those are NU), and all the other Fire-types in RU are like Moltres, Fletchinder, Delphox and you wouldn't want to stay in anyway because, you know, they will kill you fast *_* Sleep talk is nice because then you can switch Emboar into Sleep Powder from Lilligant or Tangrowth and force them out, and you don't have to sacrifice something else on your team to go to sleep.

Also, don't use Hitmonchan. It's just really bad, as it is outclassed by a lot of things. =( Maybe something else like Hitmonlee or Hitmontop can work, or even an offensive defog user such as Shiftry and Skuntank can work. For now, I recommend using Hitmonlee, so you can check a lot of dangerous threats such as Zoroark and Sharpedo and OHKO them with Mach Punch.

I think Registeel should use Thunder Wave over Toxic, because it provides a lot of utility, and can help Braviary sweep late game with more ease, but it's up to preference.

Also that Whimsicott set is really odd. Toxic on it is pretty bad. Priority paralysis is basically Whimsicott's main niche, so change Toxic to Stun Spore. This lets you take advantage of Encore and gain momentum by forcing a switch with U-turn, assuming you locked the opposition into a boosting move or something. Taunt is really nice as it can prevent your foe from setting up hazards, or using status to cripple your sweepers, though Moonblast can be used as a primary STAB attack.


Lastly, I think this would be a better Gastrodon set:

The 12 Speed EVs allow you to outspeed minimum Speed Rhyperior, so you can KO it with Scald, and you're not sacrificing a lot of bulk. I recommend using Clear Smog over Toxic, because it clashes with Scald's burn chance. Clear Smog also provides a lot more utility, as it allows you to beat a lot of set up sweepers like Calm Mind Reuniclus, etc.

Thank you for the rate, better ev spreads were 95% of what I wanted :) I'll update with the changes later

Hi, just a minor nitpick here, but 252 HP EVs will let you make 101 HP substitutes, meaning you can setup on defensive mons that rely on seismic toss for damage, such as registeel.

Edit: I should specify that 252 HP EVs are for Braviary xD