Hello, everyone! I would like to show you a team i've built in National Dex AG. The meta has changed thanks to the introduction of Dynamax and legendaries like Zacian so I thought why not and have been winning a few battles. I chose this song because the title represents how this team could take HO to a whole next level. Enjoy the RMT!

Arceus is the SR lead of the team and has a great typing in offensive teams. It can check Pokemon like Yveltal, Mega Rayquaza, Mega Sableye, etc. with a attack-boosted Judgement which is great. You could also lure in Zacian and then go to something like Ditto.

Mega Rayquaza is the only mega with access to items, which makes it so overpowered as it can be powerful with Life Orb and have one of the highest attacks in the game with Choice Band. It has a great movepool in Dragon Ascent, Earthquake, Extreme Speed and even V-Create to check Pokemon like Ferrothorn. It's a great wallbreaker to use on any team.

Groudon is also a great wallbreaker to put on any team. It gets access to Rock Polish and Swords Dance, two moves that will make PDon a nuisance. It has pretty powerful moves like Precipice Blades, Stone Edge, Sun-boosted Fire Punch, etc. It also helps with the teams weakness against Zacian.

Necrozma Dusk Mane is also an amazing sweeper to use, but it's not only powerful, it has another form it can turn into known as Ultra Necrozma. This Pokemon is twice as powerful and fast with the ability to make super effective moves stronger and a great typing in Psychic/Dragon. It also gets a signature Z-Move after ultra bursting which helps it wallbreak many non-dark type Pokemon.

Yveltal is a wonderful choice scarfer that can clean weakened teams and can also pivot out with U-Turn. Its ability Dark Aura also makes its STAB dark type moves stronger. It can also abuse Dynamax very well.

Lastly, we have Ditto on the team that is very useful for revenge killing setup sweepers and makes people think twice. It also has a guaranteed +2 attack when transforming into Zacian, making it a great check. 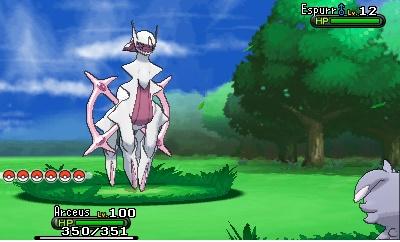 Arceus-Fairy @ Pixie Plate
Ability: Multitype
EVs: 252 HP / 4 SpA / 252 Spe
Timid Nature
IVs: 0 Atk
- Judgment
- Stealth Rock
- Toxic
- Roar
Arceus Fairy is a great Stealth Rock lead thanks to its power boosted Judgement and can also learn utility moves like Toxic and Roar to prevent setup sweepers. Max speed is used to outspeed and check many Pokemon with Judgement while having bulk. I chose this as a Stealth rock lead because I didnt want to completely risk a slot on the team on running hazards, so Arceus Fairy also provides offense and utitlity.

Necrozma-Dusk-Mane @ Ultranecrozium Z
Ability: Prism Armor
EVs: 4 HP / 252 Atk / 252 Spe
Jolly Nature
- Swords Dance
- Photon Geyser
- Earthquake
- Sunsteel Strike
Necrozma Dusk Mane is so great to use. You could lure in Pokemon like Pdon and ultra burst, then go for Swords dance while tanking a Precipice Blades or Fire Punch. Photon Geyser is powerful STAB that turns into a physical move and activates its Z-Move after ultra bursting. Earthquake checks pokemon like Zacian and PDon. Sunsteel Strike is coverage that can OHKO unboosted Xerneas.

Yveltal @ Choice Scarf
Ability: Dark Aura
EVs: 4 Atk / 252 SpA / 252 Spe
Hasty Nature
- Dark Pulse
- Oblivion Wing
- U-turn
- Sucker Punch
Yveltal is an excellent choice scarfer that can pivot out with U-Turn and has boosted Dark type moves in Dark Pulse and Sucker Punch. Oblivion Wing is STAB and is its recovery option. It's one of the best choice scarfers because it has a decent typing and can outspeed potential threats while having priority and pivoting out with U turn. It's a great help on any team.

Ditto @ Choice Scarf
Ability: Imposter
EVs: 248 HP / 8 Atk / 252 Def
Impish Nature
IVs: 0 Atk
- Transform
Ditto is an amazing revenge killer that checks setup sweepers like Geomancy Xerneas, Dragon Dance Rayquaza, Zacian, etc. and can clean a weakened team. Its niche is to copy other offensive threats on the team and use them for your own. Being immune to other dittos is also good.

That's the team, folks! It's been fishing up some kills lately as the diverse roles in these pokemon as sweepers is crazy imo. Let me know what you think of this team. Thanks for your feedback!!! 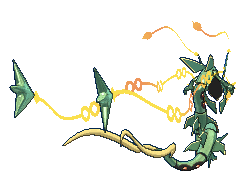 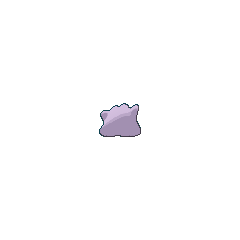 Moderator
Hiya, I'm locking this thread. You are only allowed to post an RMT every 2 weeks and your last RMT was posted on Tuesday. Your descriptions are also rather short so could you PM me with updated descriptions for your Pokemon and I'll have this unlocked on January 7th. Have a good day!
You must log in or register to reply here.
Share:
Reddit Pinterest Tumblr WhatsApp Email Link