OM Leader
1. The Number Man
2. Thinkerino
3. The In Hills

1. The Number Man - Quite litterally the perfect partner, pretty sure I would've went for it if you didn't steal it
2. drampa's grandpa - One of the best options for a volt-turn core with Koko
3. Thinkerino - Bulu has good synergy with Koko. I picked it over Zarude and Weavile because I think it really outclasses Zarude, and I don't like Weavile because it's so matchup reliant

Moderator
Thank you to everyone for voting! drampa's grandpa and The Number Man tie for 1st, with Thinkerino in 3rd. Week 20 is BH!

NOTE: You may submit sets with Bolt Beak and Glacial Lance, as they are still allowed in BH.

Set up hazards, Burn to spread more passive damage, and hit what outspeeds Groudon like a truck.

Pairs nicely with the Cramorant set above too ;) willdbeast posted. (I.e. set up vs Magic Bounce, pivot to Spikes immune Cramorant, potentially paralyze, and Court Change on their switch).

Recover is for Imprison, over Shore Up, and Psycho Shift + Facade works well if hit by Toxic or Paralysis as well, allowing it to function if it takes a status before Flame Orb triggers (I.e. intentionally). 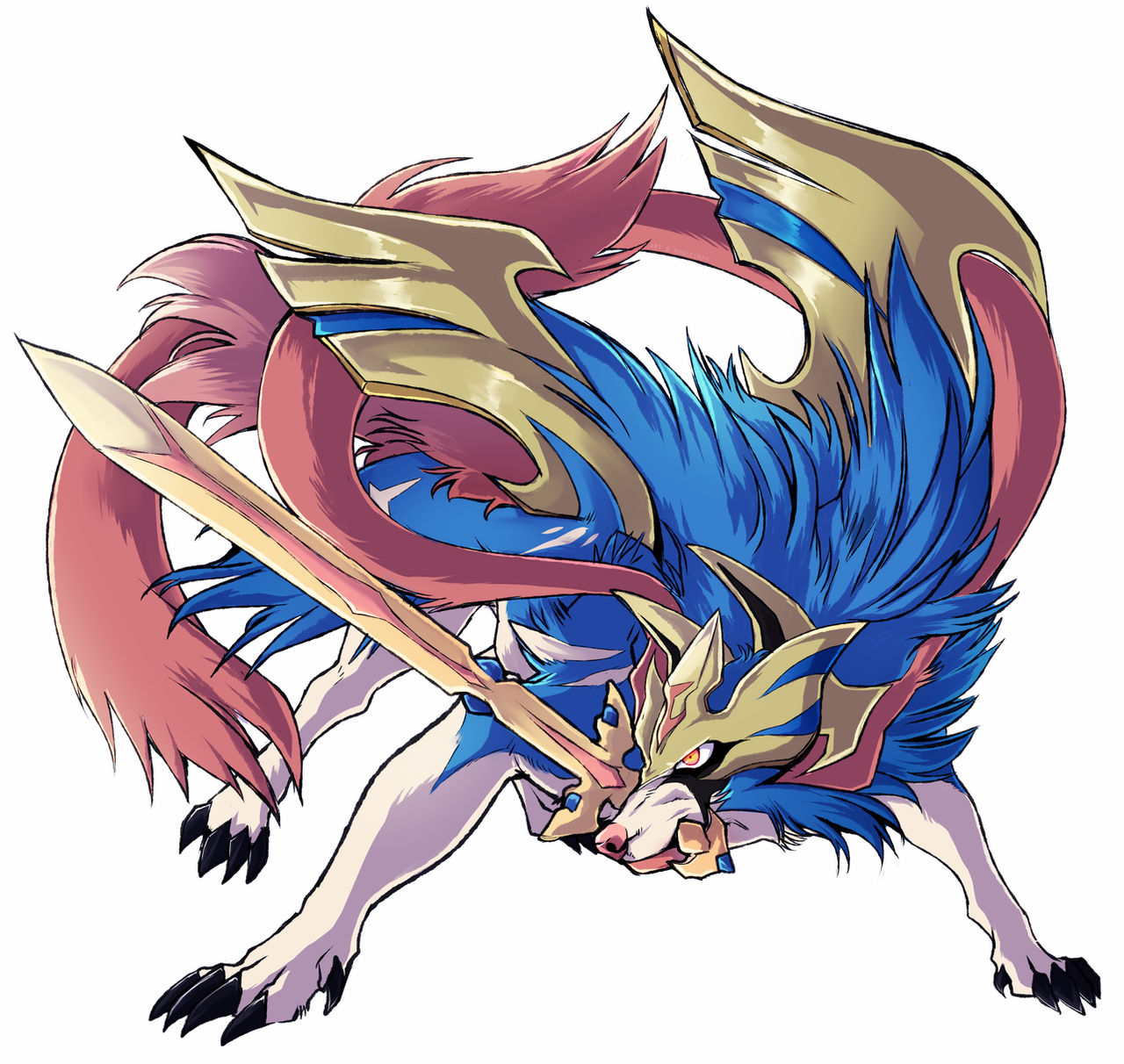 Zamazenta-Crowned @ Rocky Helmet
Ability: Fur Coat
EVs: 252 HP / 252 Atk / 252 Def / 252 SpD / 252 Spe
Careful Nature
- Thunderous Kick
- Haze
- Anchor Shot
- Shore Up
I was seeing that groudon is weak to grass, ice, and water, so I think at least Pokemon that have an Ice coverage or Ice STAB, which are kyurem black, kyurem white, calyrex ice, Regieleki (Glacial Lance), and Zacian Crowned (Glacial Lance).
And then we have grass-types such as Kartana, and Ferrothorn, and also Water-types such as Palkia, barraskewda, Swampert, and the occasional Tapu Fini.

Ice-types are normally refrigerate (In some cases calyrex ice is poison heal) and most of them are physical, so I think Zamazenta would be a great partner to Groudon, and laso all of the mons that I mentioned are slower than Zama, so It will be excelent, and also that's why I chosed rocky helmet for it, as It can have a chip damage with that, and in the case of kyurem black, It'll be worn down by Rocky Helmet and Life Orb, if it uses extreme speed or fake out.

Talking about the mons that normally use Ice coverage, like Regieleki and Zacian Crowned:

In the case of Regieleki, even with Bolt Beak, Zamazenta would wall it, and in the case of Zamazenta-Crowned, it could use Shore-up, due to with the drop on speed of V-create, Zamazenta will be faster than Zacian.

Well, with the grass-types, in the case of Ferrothorn, Zamazenta would 2HKO, due to the drop of Defense, and on the another hand for kartana, It could use V- Create with tough claws, but:

In the first scenario Zamazenta will win, but in the second can't, but Kartana will be weakened to later be revenge killed by a priority user.

And later with Water-types we have Palkia that it needs

And also, the set of poison heal + glare would appear, and in this case Palkia is not in rain.

Zamazenta Crowned still wall it.
And to later ends, Zamazenta Crowned can use anchor shot to an imposter such as Chansey, and passive walls, so It's a good mon to fit on Groudon.
For the last water-types, just thunderous kick and try to kill their by dropping defense, and Anchor shot to trap them, but in the case of swampert use Thunderous kick since normally that mon would use flip turn
Last edited: Feb 16, 2021

I think willdbeast should be disqualified for cheating since Cramorant pairs well with everything.

Mixed Adapt Palkia works well with Groudon since it can target Giratina and spread paralysis with Glare to help both of them break things easier. Don already hits a lot of things, but being choice locked makes it slightly harder so Palkia's ability to change moves helps a lot. +Spe nature helps Palkia outspeed Xerneas and most Regigigas. Dragon Energy nukes things and works well with Strength Sap to recover health/power. Fishious Rend also nukes things. I improofed this with Magic Bounce Tapu Fini but also found I was running three Water-types lol.

Groudon's slowness means it has trouble against offensive mons, and Mewtwo fills in some of the big gaps well. Expanding Force threatens most neutral targets with huge damage, and Psychic Surge prevents slower priority moves from working too. Mewtwo lures in Steel types and special walls which can then be volt switched on to bring in Groudon, which can take them down with Thousand Arrows. Earth Power lets Mewtwo 2hKO Zacian-C without the fear of missing, since volt switch only does chip and Groudon doesn't want to be taking that huge hit. Expanding Force can scout for Ice Scales on Giratina and Zygarde-C, and if you do realize that one of them is the special wall, you can volt switch (or in Zygarde-C's case, double) out to Groudon next time and try breaking them with Glacial Lance. If they aren't Ice Scales, Expanding Force is a 2hKO. Mewtwo's Psychic Terrain protects Groudon from priority moves like Refrigerate Fakespeed. And Groudon's U-Turn can safely bring in Mewtwo to keep the voltturn chain going. I would pair this with a solid zacian-c switchin such as FC Swampert, which also improofs Groudon; Mewtwo is easy to improof with something like AV yveltal or Scales Umbreon.

Improofs Groudon, spreads burn, and phases out opponents. Stops Zamazenta-C from making progress, and can annoy other steel pokemon. Slow pivots out from Giratina, to gain momentum.
Last edited: Feb 19, 2021

Using Kyogre's new niche as an untrickable mon and also the fact that I am completely in love with anything running any pivot move, I would pair physdef Regenerator Kyogre with Groudon. This pairs nicely with Groudon to create a boltbeam resistance core, as well as being able to offensively pressure physical attackers that aren't able to break it in one or two hits with the threat of a scald burn. This kyogre is also able to pressure physically defensive poison heal users that have a chance of just sitting on Groudon and outhealing it with a combination of recovery and protect moves.

a loser with Adaptability Palkia

berry with Regenerator Kyogre
Voting closes 2/21. As always, you may vote if you submitted a set, as long as you do not vote for yourself. I'll use my vote as an example:
1. SuperSkylake
2. willdbeast
3. a loser

So proud of the unique creativity of these sets!

Moderator
Thank you to everyone who voted! SuperSkylake wins this week, with a loser in 2nd and willdbeast and Mordecai & Rigby tying for 3rd. Next up is an announcement!

I'm going to be test running a new potential schedule over the next few weeks to include more tiers in this project again! The proposed rotating schedule is as follows:
Every 3rd week, we'll have on of Camomons/Mix and Mega/STABmons featured as a rotating format! This proposed plan should keep the project fresh and give light to other permanent ladder metas as well. That being said, next week is Camomons!

Rillaboom @ Life Orb
Ability: Grassy Surge
EVs: 252 Atk / 4 SpD / 252 Spe
Adamant Nature
- Grassy Glide
- Superpower
- Knock Off
- Swords Dance​
You have until 2/26 to submit the best partner for Rillaboom in Camomons! As always reservations last for 24 hours so try to finish posts in a timely manner!

Zeraora and SD Rillaboom make a HO nightmare duo together - both are excellent forms of speed control and can be devastating in the right scenarios. Zeraora helps take advantage of this particular Rillaboom's disadvantage against Flying-types, and due to the lack of natural types that respond well to it, it helps in dismantling the team's particular resistances to Zeraora, such as bulky Mew and Cresselia, as well as Electric Latias. These are then in turn taken advantage of by Rillaboom, either through being heavily chipped or providing decently free opportunities to switch in.
Last edited: Feb 21, 2021

That's right, plain old OU magearna is a good partner for Rilla even in Camo. This core usually finds itself on HO teams, but you could probably make it work as a dedicated wincon on a bulky offense team as well. First of all, this magearna has has very little in terms of defensive counterplay. Dark/Poison Unaware Clefable and Pex can stall it out, but Magearna can force through if they lost their passive recovery (or better yet lost their item AND got burnt. Your best bet is beating it offensively with a fire type like Entei, Victini or Volcarona, which is where Rilla comes in. Due to the way HO games play out because of their high density of wincons, HO is very good at forcing substantial chip onto offensive checks. It just so happens that Rilla and Mage both share Fire types as offensive checks, meaning that Mage can weaken them with Stored power in order for +2 Glide to break or vice versa.
The other synergistic aspect is Terrain + Seed, which lets Mage set up on ground types that don't resist its moves due to its high natural bulk that gets boosted even further by Seed and augmented by the reduced EQ damage from terrain. Seed also coincidentally powers up Stored power.
Last edited: Feb 21, 2021
You must log in or register to reply here.
Share:
Reddit Pinterest Tumblr WhatsApp Email Link