results of another mock 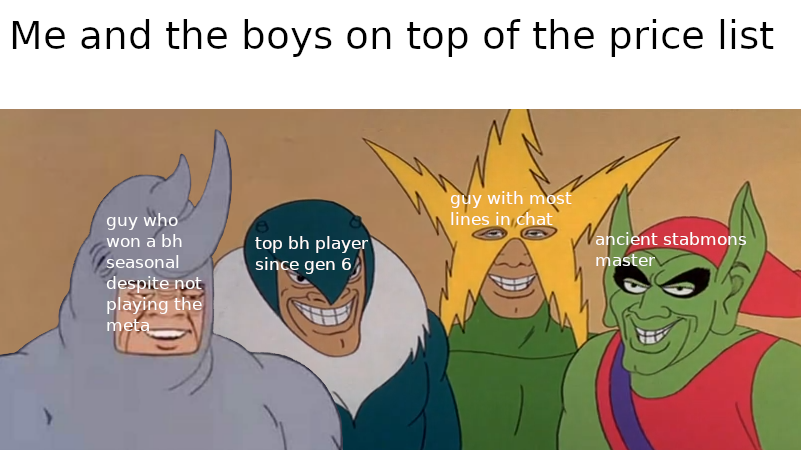 Moderator
ZU: 1/4 of my budget because I had forgotten I had already drafted a ZU player.
Everything else: Do I have an AAA player? Idk. I totally missed the first couple drafts cuz I wasn't paying attention tho that was fun.

Spending daddy's money with an attitude

Imagine being a ZU player hoping to get drafted. Then you see that shit

I gave up on getting drafted before I even signed up 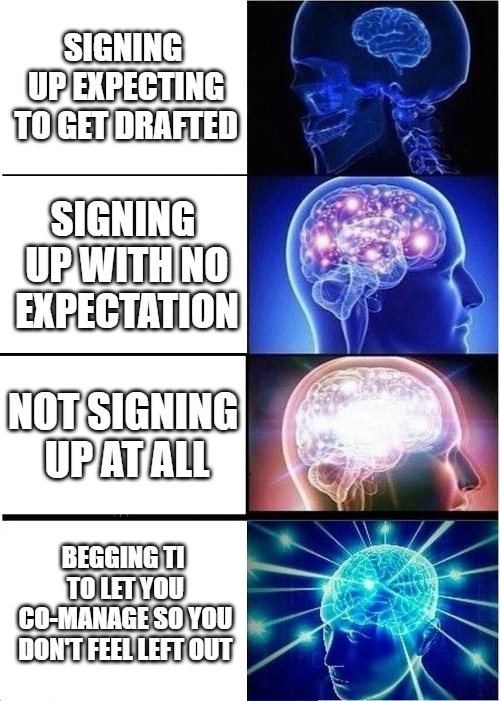 Finchinator: probably one of the only ones to actually try in this tour since anything that isn't doesn't include a trophy isn't worth their time. also has ZU experience from last OM Snake.

EviGaro: the carrying half of Myth & Roid comes in as someone you can expect to bring plenty of heat. evi has been popping off in NUPL, as one of 2 players who have more smnu wins than me

and put up a decent official tours performance. also, sawsbuck is viable in zu, and evi beat the shit out of kringe wynaut in circuit playoffs last year with one which would inevitably lead to him falling off clout everest. however, could be less powerful than usual since the regenerator spam tang corsola team she used a ton before isn't actually legal anymore

rozes: shiloh has some ZU experience for sure, and is bound to catch some unprepared mainer or tour player using mainer teams off guard with some good stall. a solid pick indeed.

Luigi: get backer just haxed himself to a pink smogon tour trophy and proved everybody that he wasn't just another TD that is a TD because they are bad at pokemon (see: quite quiet). bound to smack up the competition with a solid foundation and plenty of experience in getting begged for activity calls to go the other way. s/o to his mom for almost getting me out of an infraction though

TonyFlygon: WHATS POPPIN PARTY PEOPLE!!! i was about to put him in B tier but then i remembered the wcop game he played a few days ago and god damn he got every play right. thats a tier without team preview, and im confident he can beat up some shit zu mainers with good teams in this tournament

Havens: this guy barely made the list at all on the basis that hes a monotype player, but the confidence in his signup post makes me think higher of him. despite this, former mono players turned zu players are historically certifiably trash (see: czim) and i would NOT recommend anybody who plays shit monotype in a team tour

Zesty43: it was painful for me to put this washed up dude up in B for a ZU tier list. he's definitely gonna go into a zu game, see some random zu pokemon, and say "what the fuck does that pink lizard thing do" and not know what to do. def a solid team presence and most definitely will not play zu and opt to play a tier hes actually good at

Yay: bound to do decently if he gives effort and inherits the br luck from his friend luigi and stays away from racists like sabe todos. gets kind of annoying when he keeps posting all these portuguese memes in teamchat though. would recommend ONLY if he is the only one who can speak portuguese on the team, or you will have no idea what he is saying half the time.

Quite Quiet: ah, the tournament host rank. if you need someone to manage your team discord, qq might be a fantastic choice. i heard they are also good at predictions. while overall a very nice person, i would not recommend them for a zeroused tournament

perry: speaking of good tour hosts this guy might just be the best of em. HOWEVER, he originates from UBERS, the land of cheaters and most definitely we cannot allow someone to cheat in a tournament as prestigious as other metagames premier league!!!

Mafia Champion
for the record I belong in the tournament host tier, but cba lol

Havens said:
for the record I belong in the tournament host tier, but cba lol
Click to expand...

The mafia tier is just below host tier

Yeah ok that was an easy win ggs folks

We not losing a single series.
thanks to all the other managers for sleeping every time I was bidding :)
Last edited: Jun 13, 2019

Moderator
Petition to not let racool be a manager 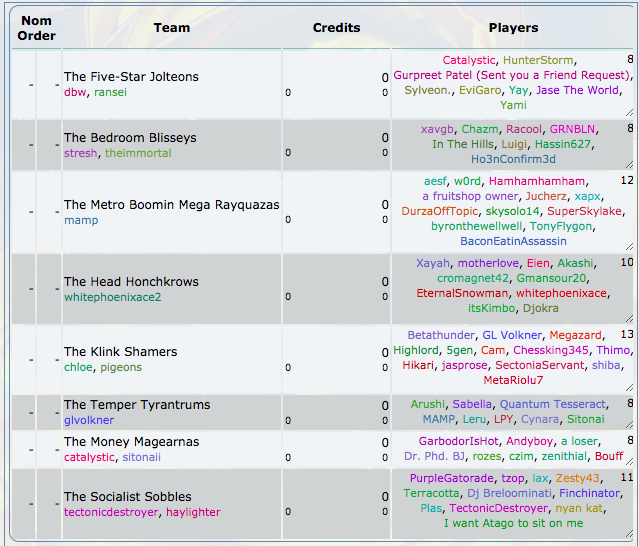 Yeah ok that was an easy win ggs folks

(i have other players but racool only drafted 10)

We not losing a single series.
thanks to all the other managers for sleeping every time I was bidding :)
Last edited: Jun 14, 2019

Seriously why TF do we need this many mock drafts 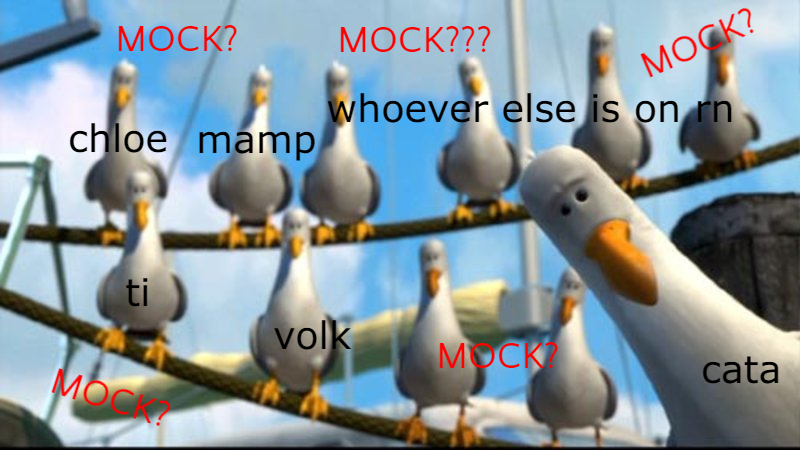 only 1 more week of daily mocks because signups were made to be 2 weeks instead of 1!