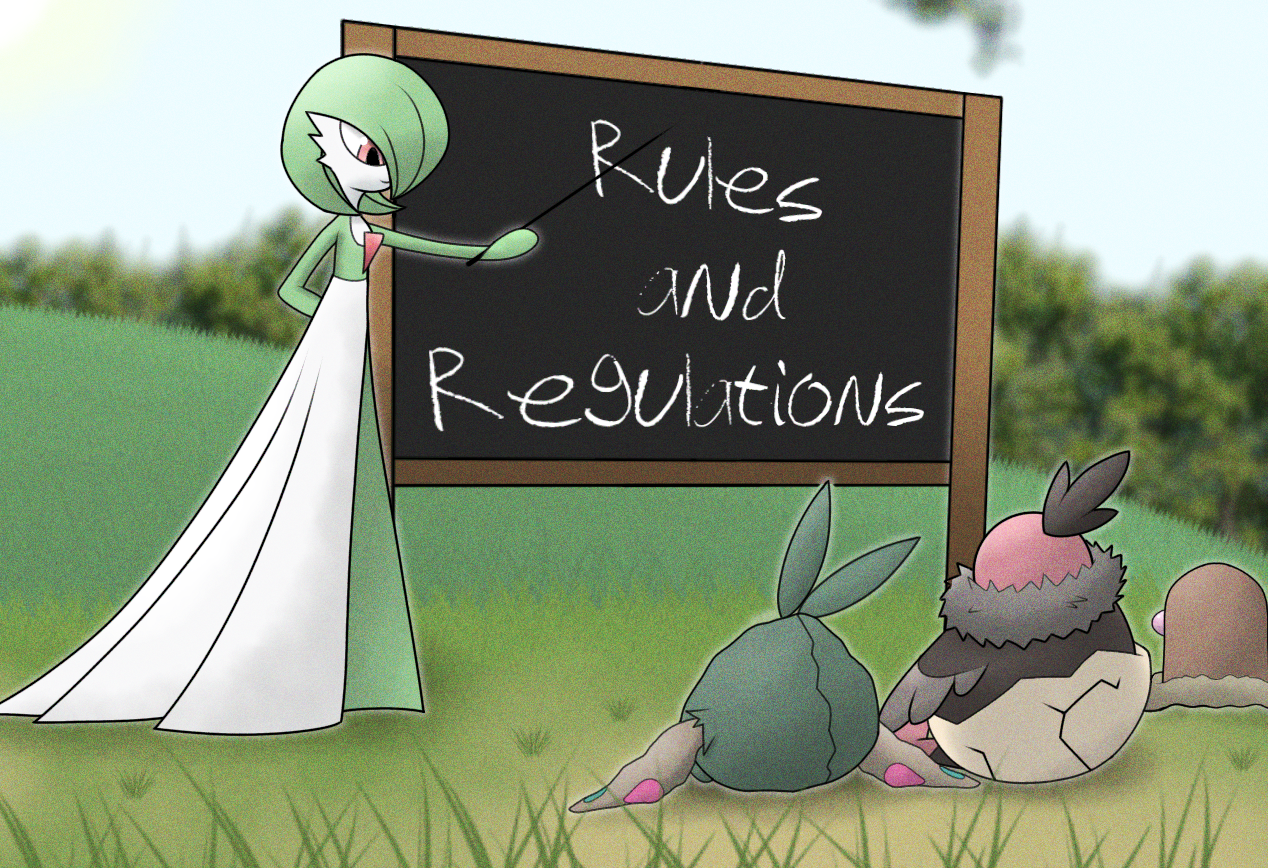 (Banner by the lovely Kaiju Bunny)​
Introduction
Welcome to the Pet Mods subforum and welcome to an all new Generation!!

This is the place to discuss Pet Mods, which are similar to Other Metagames in that they edit the natural way of playing the game, whether it changes mechanics or just attributes. The difference between them is that Other Metagames have a set of rules that will create the change, such as "Every Pokemon gets every move of its type!". Pet Mods have a set of subjective changes, which are changes that the creator chose for rather than being based upon a rule that's enforced. These changes can range from changing mechanics (Removing critical hits; adding a new stat; changing the way moves work) to changes to stats, moves, abilities or typings. Pet Mods are also commonly community projects. They have a certain goal and have rules that fit the goal. They let people submit stuff to eventually reach the goal, whether there's a specific set that people can submit, or that people can submit whatever they want. Other reasons people have Pet Mods are to revamp the game; to add some small elements to some Pokemon or just add a mechanic that would be too "random" for an Other Metagame. Not all changes will immediately be classified as a Pet Mod. Some Other Metagames change things that become useless in their metagame, usually if the tier is centered around custom changes it's a Pet Mod. Be aware this is a thin line and the OM Forum staff will have the final say in which designation the submission belongs to.

Our forum is a bit more laid-back than the other competitive forums. The community is more tight-knit as most Pet Mods usually only have a small people of players looking at them, so we can afford to be less strict. Despite this, all the rules outlined in this thread will be enforced.

What to do when you're new
If you're new it might be smart to lurk first! Lurking is basically just watching other people post. It'll help you understand the basics of the Pet Mods subforum and Smogon in general. It might sound boring, but it really isn't! There are tons of threads that are fun to read through and in no time you'll know how things work and what people like and dislike. Once you think you're ready you can post there too. Make sure to understand the general rules of wherever you're posting and try to do the best you can. Preferably don't post one-liners and read or scroll through the thread first to see if it has been posted already. If you are still insecure you can contact a senior member (most reliably the Pet Mods Moderators G-Luke Ludicrousity or charizard8888). You'll also need at least fifteen posts in this forum to be allowed to submit a Pet Mod. (Posts from the Gen 7 thread carry over don't worry veterans)

You can go on Pokemon Showdown!'s Pet Mods Room and the Pet Mods Discord or the Pet Mods Workshop Thread if you want an opinion on something, like a Pet Mod idea you have. It's more informal than the subforum is and people can help you on a more personal level, either with your Pet Mod ideas or just competitive Pokemon in general. You don't have to put as much work in and you don't have to be as serious, though Pokemon Showdown still has its limits. You can ask people there for help too, if you want. Community input is very helpful for your ideas. The Pet Mods the main place you can play Pet Mods and Other Metagames, and occasionally play in a tour. Usually Pet Mods are only playable in specific servers but now Pet Mods are playable on the main server. Look up for the Pet Mod of the Season in the subforum. Also there is one challenge-only Leaders' Choice Pet Mod and a permanent ladder (Currently OptiMons and More Balanced Hackmons AKA National Dex BH respectively). We also have Smogon Tournaments including the yearly Pet Mods Grand Slam.

- Don't treat the forum like a chatroom
People might not respond within ten minutes, or even respond within days. You can bump a post if it has been totally forgotten, but people aren't required to respond to you, so don't be too persistent. People also use more formal language on here than on for example Pokemon Showdown. Gimmicks, jokes and one-liners are discouraged as well as they don't contribute to the discussion and spam up a thread as they'll always stay where they are posted, unless they're forcibly deleted. Take caution as well if you go off-topic, a little can be all right, depending on what it is, but a thread is specifically made to discuss a certain Pet Mod, not miscellaneous stuff. Live discussion can take place in the Discord.

- Follow the rules outlined in each Pet Mod's OP
I shouldn't have to say this here, but to reaffirm new users who may not understand the workings of Pet Mods, please take your time to carefully read throughout the opening post of a Pet Mod you want to participate in prior to making a post. Filling threads with cluttered posts because of not knowing the workings of the Pet Mod only brings annoyance for everyone.

- Do not bump "dead" Pet Mods
This means that you shouldn't post in a thread where no discussion is going on for a while. You can post if you think you have something meaningful to say, so the thread will be active again, but suggesting small things or responding to an old post won't help anymore. You may want to look whether the owner is still active on Smogon as Pet Mods are usually reliant on them. If it's not the case you can ask an OM Staff if you can continue the metagame instead of the original person.

- Don't bash someone else's Pet Mod
You might not like the idea, but you can either help and suggest ideas to make it better, try it out and see if you might like it anyway or not post at all. No one likes it if people bash their ideas, nor if a thread is full of hate. People put a lot of thought and effort into making a Pet Mod, usually even more than into an Other Metagame. At least be respectful to people, otherwise we reserve the right to infract you. This extends to being polite with people in general, and while critisism (even harsh) can be welcome, insults will NOT be tolerated.

- Don't respond to threads that you know are going to get locked
Sometimes people make mistakes and submit metagames without getting approval, or a spam bot or a troll comes in and makes a thread which doesn't belong here. Please don't post in these threads, it gives trolls justification and spambots will know that you viewed their thread, so they're more likely to do it again. It's also better just to let a staff member handle threads made by an innocent user that didn't know the rules. They'll post that it has to be posted in OM Submissions and can lock the thread immediately, maybe they'll even give a small opinion to save someone the effort of posting it again. You are not responsible for these threads and if you think the metagame is interesting, feel free to discuss it.

The global Smogon rules still apply here, so don't think you can escape them. This includes insulting, impersonating and being disrespectful, but also blackmailing, threatening and advertising.

Failure to adere to the rules may warrant infraction.

If you have any question about the rules, redirect them to G-Luke or Ludicrousity or charizard8888. They'll try to help you decipher anything unclear. You can also ask a question about a specific metagame to its leader, they'll usually be the most knowledgeable person about how their Pet Mod is formed.