Hello! I'm relatively new to this competitive metagame. In the past I've mainly played monotype and doubles OU, but this gen I really wanted to try my hand at VGC. This is the first team I've built for VGC, and I just started laddering with it. For the most part it does well (only played 15 battles, but I'm 9 and 6 which isn't terrible), however I'd definitely like all the help I can get as I learn this format and start working my way up (hopefully to masterball eventually lol). I would like help sooner rather than later, so that way laddering is easier.

The goal of this team was to use more niche Pokemon and strategies to throw off the opponent, while not being SO niche that it's just a gimmick. There's certainly some gimmicky tricks you can pull off with this team, but overall I think a lot of the strategies are pretty viable and work well together. I've hammered out some of the bigger flaws with this team, but there's definitely still some issues that I'm struggling with and would love to hear thoughts on how to improve both the team and as a player. 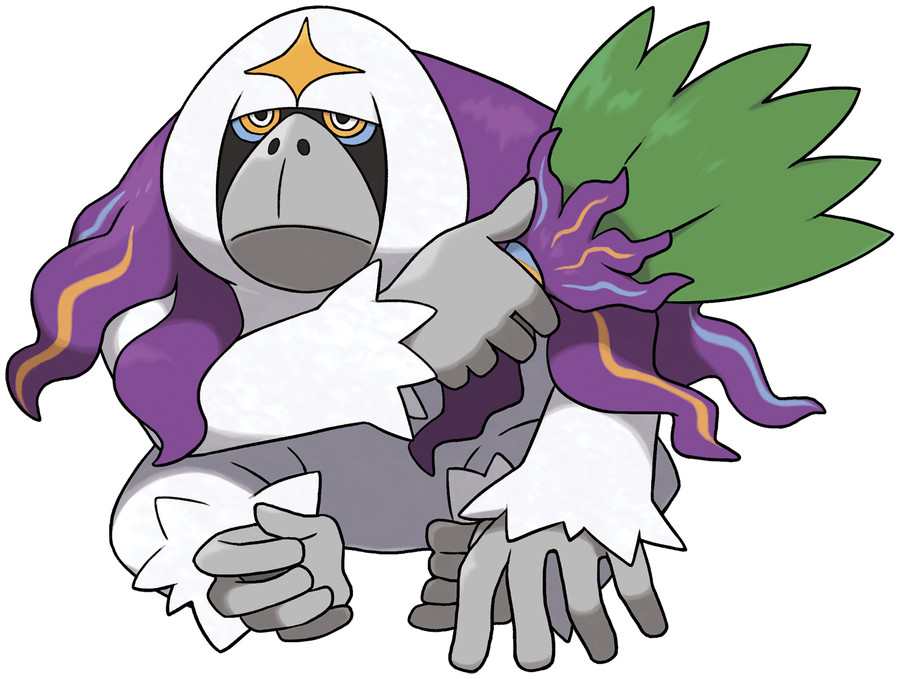 I based this Oranguru heavily off of the VGC '17 set, except replaced Protect with Ally Switch and used a Relaxed nature instead of Sassy. I've found that the Defense is more important, and this Oranguru is a monster as is. With some of the partners on my team, namely Incineroar and Togetic, Trick Room set-up is practically guaranteed. Inner Focus prevents flinching from Fake Out, Mental Herb prevents Taunt, and a Fake Out or Follow Me partner prevents Sleep Powder or other annoying moves that can mess up a Trick Room set-up. The 20 EVs into Sp. Atk means that Psychic can pull off some surprising chip damage/KOs, Ally Switch is a move many don't expect on Oranguru, and Oranguru makes great use of it with his bulk. Very few things can OHKO this thing at full health. Instruct can be overpowered, working in tandem with other sweepers on the team to pull off surprising KOs, even double KOs. Overall, this mon is very solid and I don't see myself wanting to remove him from the team anytime soon. 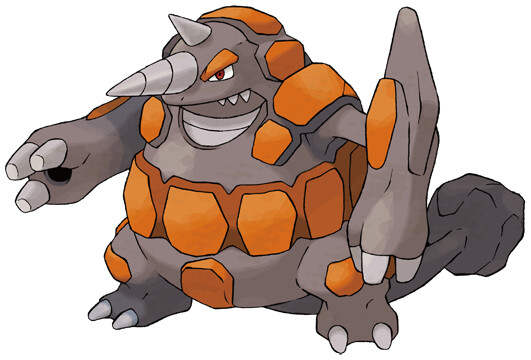 This thing is both a tank and a powerhouse. Between Assault Vest and Solid Rock, it lives even a Liquid Voice from Primarina and hits back hard with Rock Slide. With Instruct from Oranguru, Rock Slide can hit twice, which is disgusting both for damage and because of the flinch chance. This thing has won me several games alone, and even outside of Trick Room, his bulk is strong enough to tank hits and do tons of damage in return. I've been shocked at the things it can survive with those added Sp. Def EVs, and while the missing extra attack might harm it's damage output a little, I've found that it's more valuable for him to survive out of Trick Room with the Sp. Def EVs. I'm open to changing that up though. Another thing I've considered is replacing either Thunder Punch or Fire Punch with Smart Strike, as fairies are a bit of a problem for this team, and I like the idea of being able to boost both Defense and Sp. Def with Max Steelspike/Max Quake, as Rhyperior is my primary dynamax choice. 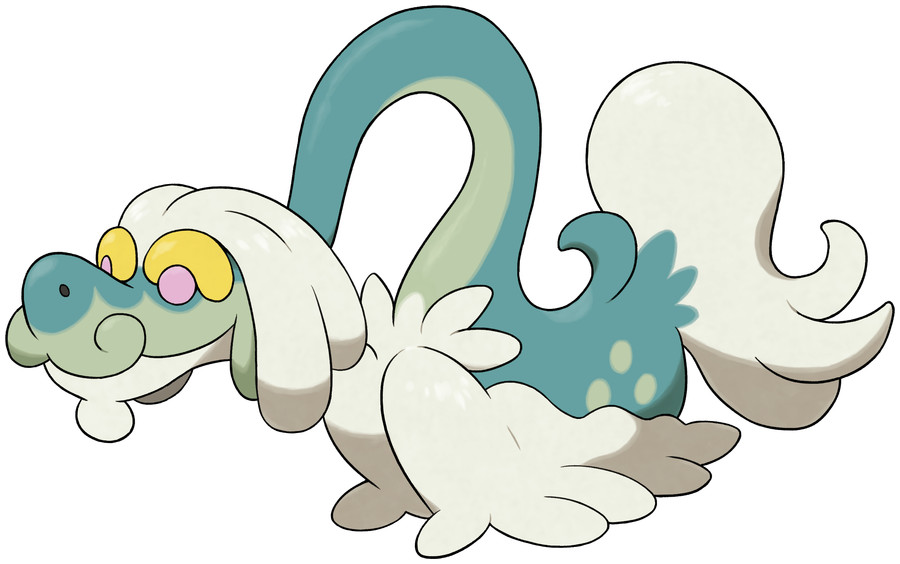 A bit of a niche pick, but Drampa is an absolute powerhouse with 135 base Sp. Attack and two immunities including Grass, which means he blocks Sleep Powder and covers Rhyperior's weaknesses quite handily. Drampa also serves as a Dracovish check, surviving 2 Fishous Rends from anything not Banded and OHKOing with Dragon Pulse. It also helps that many people I've played against underestimate his power and don't do anything about him until it's too late. My biggest issue at the moment is 4 move syndrome. I've been struggling to figure out which coverage moves work best, as he gets so many it's hard to choose. I tried running Hydro Pump for a while, but after struggling heavily with Primarina and other Water types, I've run Energy Ball for Max Overgrowth which has worked well. I'd like to keep him on the team as I think he functions very well with the other mons and covers a lot of weaknesses, but I'm open to changing movepool, EV spread, and listening to other suggestions as well. I've also struggled a lot with Item Choice. I tried Life Orb a few times, but the weakened survivability really hurts Drampa, and I tried Figy Berry as well with moderate success. Weakness Policy has also seen moderate success, but I feel like there's a better choice out there somewhere. I've also thought about Hyper Voice + Throat Spray, but getting rid of Protect would hurt a lot and getting rid of a coverage move would also hurt. 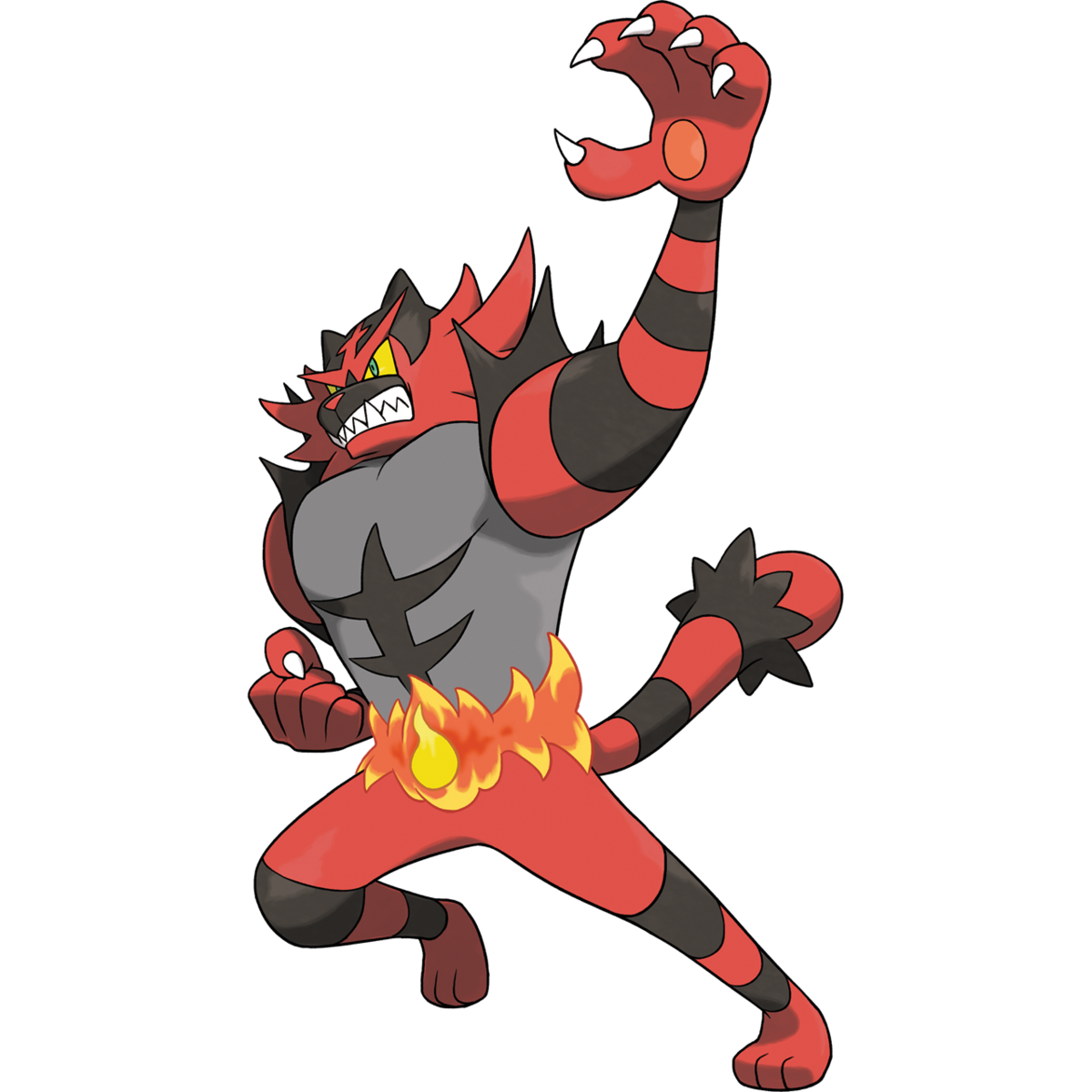 This set is a slightly modified UU set. Knock Off is not legal at the moment for VGC, so Darkest Lariat takes its place for STAB that does well against Dusclops and Dragapult. Sitrus Berry adds survivability and takes the edge off of Flare Blitz recoil, and I've seen surprising amounts of success with Flare Blitz + Instruct from Oranguru, picking up kills on bulkier mons like G-Max Duralodon. Defensive EVs are again to add survivability, while Intimidate and Parting Shot help the whole team survive that much longer. Incineroar works as a great lead with Oranguru, with Fake Out neutralizing any threats to Trick Room set up, and Parting Shot further neutralizing threats and allowing Rhyperior or Drampa come in and sweep. Incineroar has been irreplaceable on this team so far. I don't have a minimum Speed nature so that Incineroar can be fast in Trick Room, but still outspeed some things outside of Trick Room, notably min speed Primarina to Parting Shot. 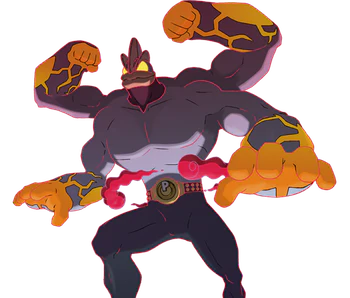 This Machamp works best as late-game cleanup, with the potential to be brought in earlier for Bulk Up + Instruct spam and Dynamax'd Chi strike, which gets absolutely disgusting with a Rock Slide Rhyperior partner, getting tons of reliable critical hits. Lack of 0 IVs in Speed means that this mon functions well outside of Trick Room, with Room Service + Sassy nature making it slower than Oranguru so it can attack before Oranguru Instructs. Knock Off is rare in this meta and helps cripple Eviolite Dusclops and Scarf Dracovish, and Dynamic Punch is obviously wonderful for its 100 Accuracy thanks to No Guard and guaranteed confusion. Bullet Punch is good for fairies and picking up those last few hit points, and having a priority move that works outside of Trick Room is key. I'm still messing around with this set, and thinking a lot about replacing Bulk Up with Protect, but so far I've liked what Machamp has brought to the team in terms of the late game plan. 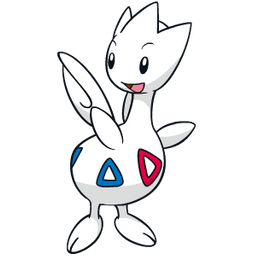 Togetic, as the nickname suggests, is my Clefairy replacement because I can't seem to get ahold of a Friend Guard Cleffa in game. However, it seems to fulfill its role surprisingly well, and I'm not sure I need to replace it after all. It serves basically the same role Clefairy would, except actually has better defenses than Clefairy, which is pretty nice. Follow Me does what Follow Me does best, redirecting attacks so that sweepers can sweep or Trick Room can Trick Room. Life Dew adds recovery and survivability to sweepers like Drampa and Rhyperior. Togetic also works great with Rhyperior as, unlike Clefairy, it's immune to Earthquake. Yawn is great for forcing switches or neutralizing big threats. Brick Break is to proc Weakness Policy on Drampa, and to break through Light Screen/Reflect Aurora Veil.

So, that's the team! Like I said, I have a pretty decent win rate (so far) but as I get higher in the ladder, I'm worried that a lot of this team's strategies will be stopped pretty easily by smarter players. I like the idea of this team and the use of niche picks like Oranguru and Drampa. Togetic I thought would need to be replaced with Clefairy, but the immunity to ground types and bolstered defenses really make it a Follow Me tank, and Brick Break has served very useful for self starting weakness policy and removing screens.

Please let me know what you think, and if you have any suggestions!
Last edited: May 18, 2020