V-Create is widely known as the most powerful non-suicidal move in the game that does not require set-up. Recent additions to the metagame in Libero Cinderace and Marowak-Alola have given us excellent abusers of the move capable of breaking the vast majority of walls in the metagame. Other users such as Incineroar, Flareon, and Centiskorch give the move different dimensions and ensure that walling these users is not as simple as slapping a Fire resist on your team.

Not all is good for V-Create however. The move lowers three stats including Speed, making revenge killing V-Create abusers fairly easy. All of the common users are also extremely susceptible to Stealth Rock unless they equip Heavy Duty Boots, which combines poorly with the hit and run nature of the move.

The minimum requirements to vote in this suspect are 25 matches with no less than 75 GXE.
The suspect will run from the time of this post until August 21 at 11:59 PM EST. Voting will close one week after that or when we reach a majority.
In order to vote on this suspect you must create a fresh alt (creation date no earlier than 8/7/20) with the letters VCS sequentially in it.

SUSPECT TOURS:
We may have some. This is TBD, so stay tuned.

Other notes:
This suspect will NOT free Darmanitan-Unova, as we determined when we banned it that it was broken without V-Create thanks to Pyro Ball.
tagging Kris and The Immortal
Last edited: Aug 7, 2020

Confirming vcs vel as my alt 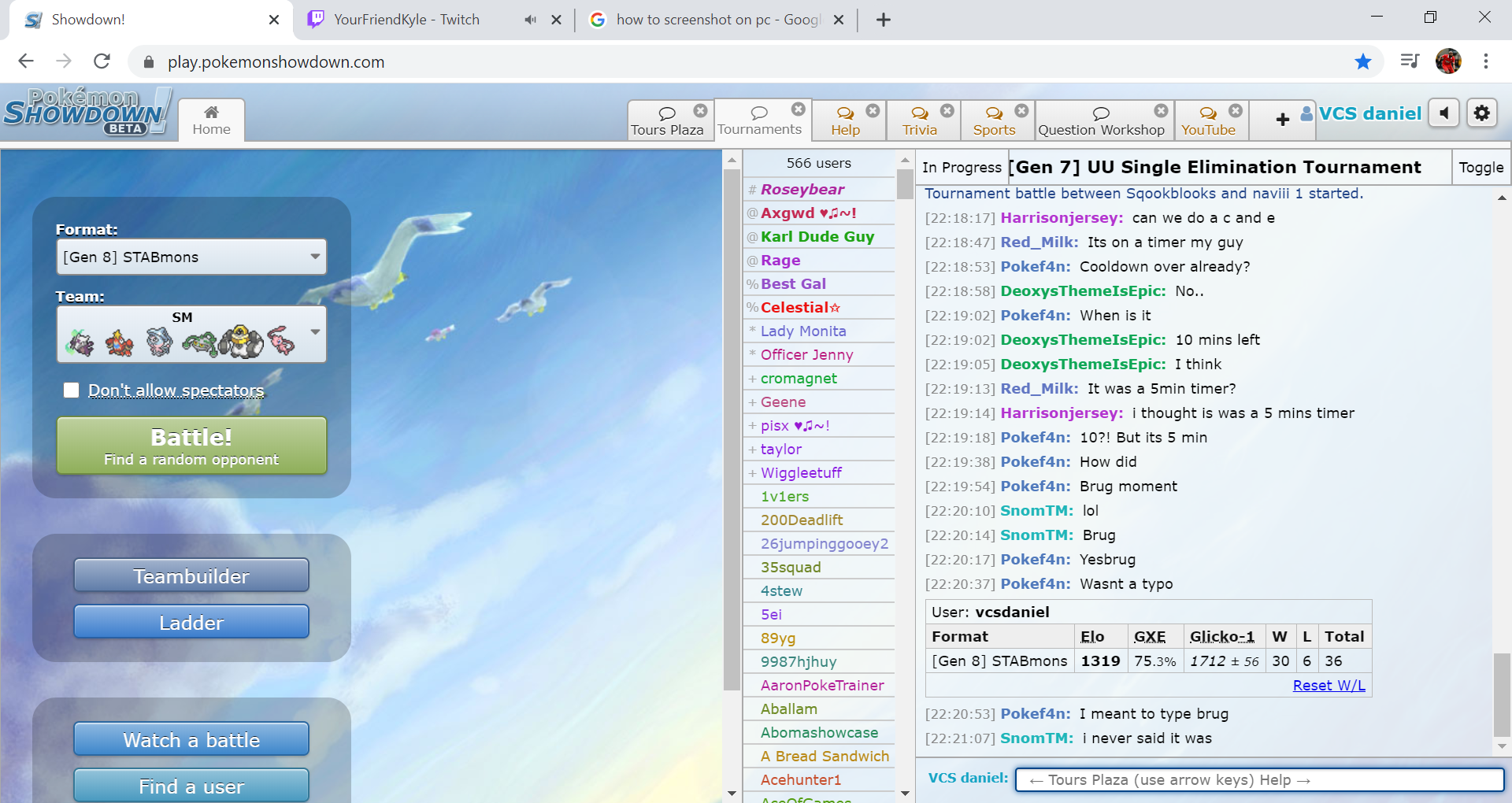 ty alternatif for the pass too

confirming as VCS what if we...

At the top with Black Ascent.

Instead of doing the OML as my dear Matiss98 and Dragonillis would advise me, I have fun on the STABmons ladder 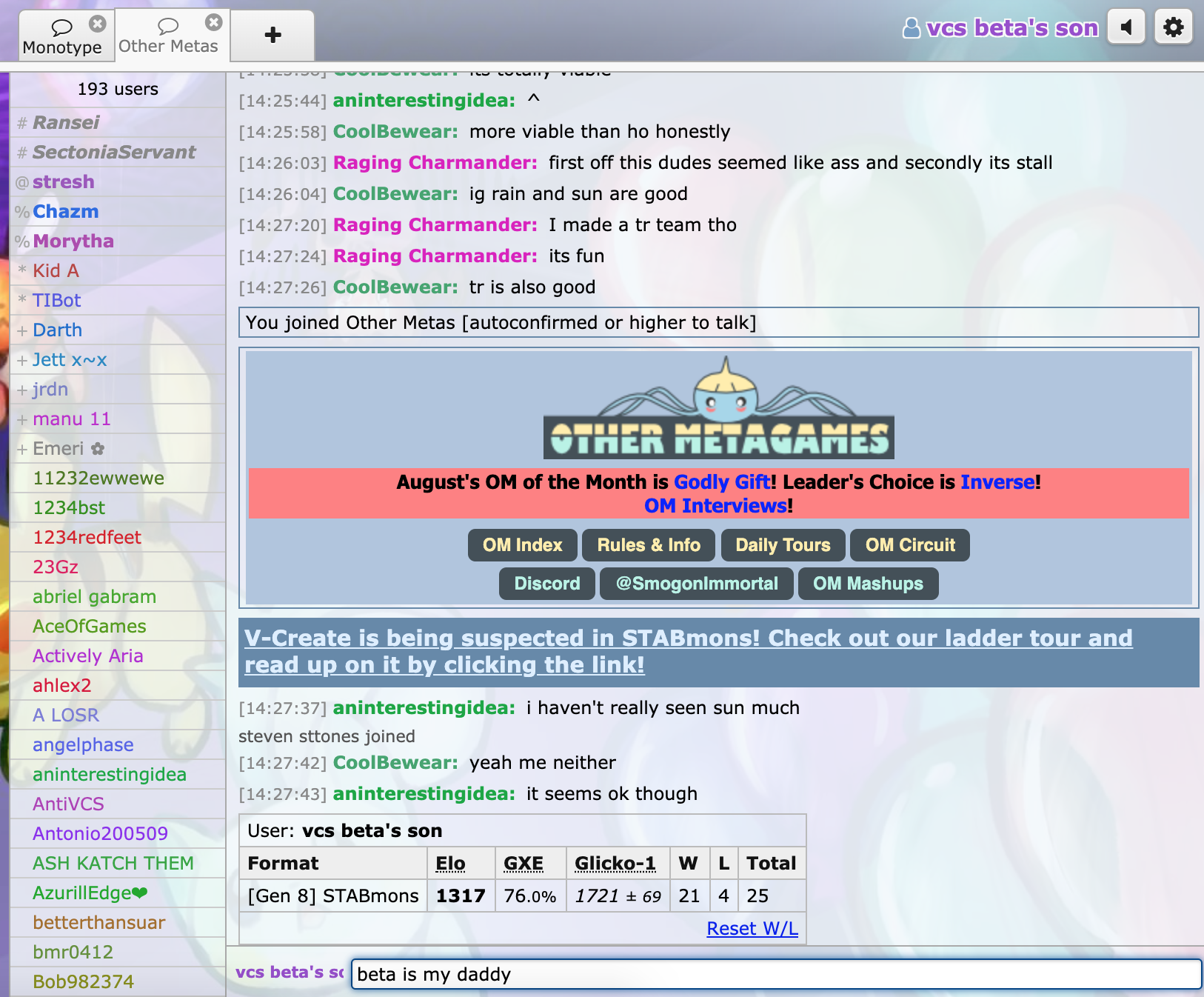 huge thanks to Ridley for hitting me up with a dope team (which was built by Betathunder, ty!)

Moderator
The council has decided to hold 3 suspect tour over the next week.

The winner of each tour will earn the right to vote in this suspect. The runner up will also be able to vote IF they won at least three matches*.

*We will include DQs and other missing matches for this count, as it would be prohibitively difficult to enforce the inverse. While 3 matches may seem high for an OM tour, our goal is not to give the majority of people voting reqs from winning tours, but rather to augment our existing ladder-based system. Just win and you'll get reqs, easy.

Can't make any of the tours? Let us know! We'll see if we can accommodate your schedule, although keep in mind that this will be at the discretion of the council and based on the availability of hosts (which basically means me :). We will not be adding MORE tours, but we could possibly move our current tours around a little.

Thank you to all who participated, we had an excellent turnout. Our next suspect tour will be the daily tour on Thursday at 6 PM GMT-4. 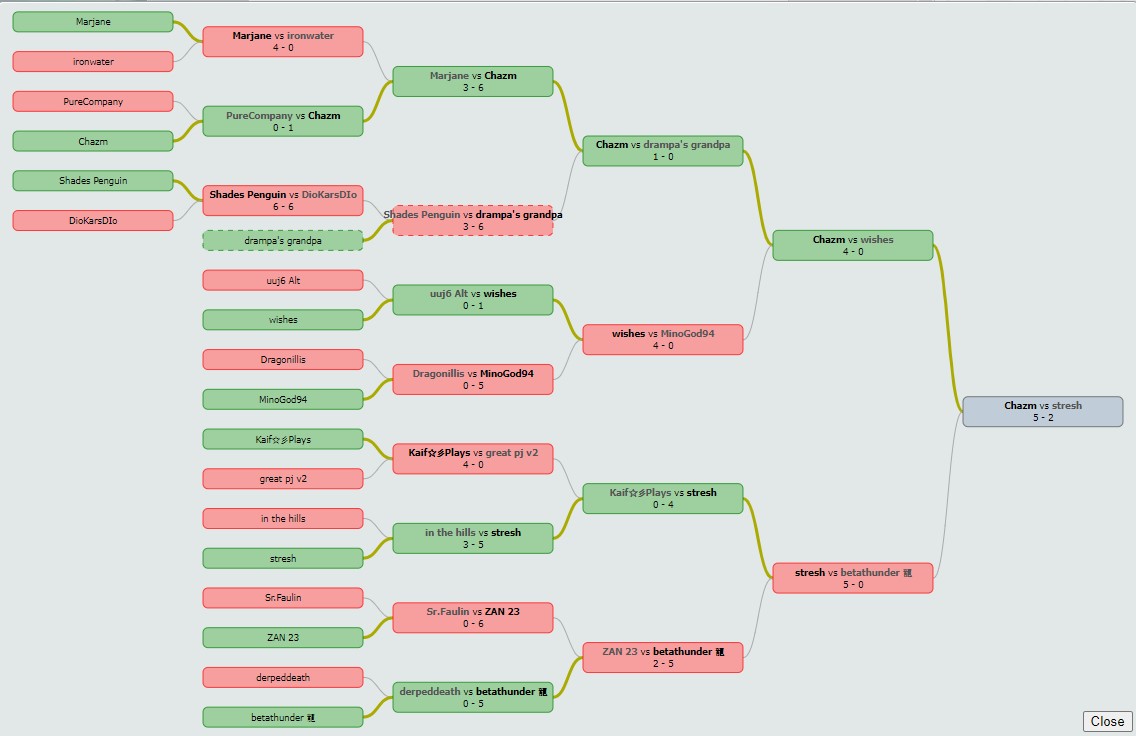 confirming as... sjfdhVCSaeruyead (or something like that :3)
My first alt did terribly my second pretty well once I streamlined the team and stopped running into other people doing reqs every other battle.

Moderator
Congratulations to Chazm for winning the second suspect tour and ((re)re)earning voting reqs!
SamHPL also earned reqs in this tour. Unfortunately I was wrong, and SamHPL only won twice. Therefore he did NOT earn reqs in this tour. Sorry for any confusion. Thanks to Ridley on Showdown for pointing this out.
Finals replay: https://replay.pokemonshowdown.com/gen8stabmons-1172446261

Thank you to all who participated. Our next suspect tour will be on Saturday at 9 PM GMT-4.

waiting until last 3 days and taking 10 min to find a game just to forget I queued was not tanoshii :(

The opposing Blissey used Earthquake!
It's super effective!
(Magnezone lost 13% of its health!)

Moderator
Congratulations to In The Hills for winning the final STABmons Suspect Tour and earning voting reqs!
Congratulations to Chazm for re(re(re))earning reqs, and also for making it to finals in every single suspect tour.
Finals Replay: https://replay.pokemonshowdown.com/gen8stabmons-1173662677

The ladder will remain open for obtaining voting reqs for about 2 and a half more hours, until Midnight EST. This is about 24 hours longer than I was initially planning on keeping it open. Voting will take one week or until we reach a majority.

At that point I will create a list of those who have successfully earned reqs, and create a thread in the Blind Voting forum. YOU MUST POST PROOF OF YOUR LADDER ACCOUNT AND ITS RANKING HERE IN ORDER TO BE ABLE TO VOTE. I believe I've said this before, but I am reiterating it here. This doesn't apply to reqs obtained through the suspect tours.

Moderator
The window for obtaining reqs is now closed. Voting should go up within the next 24 hours.