The Everything NHL Thread

Pretty surprised and impressed with Washington, best of luck to them, they're gonna need it. Still pretty positive that Vegas is winning though.

HoeenHero said:
Welp, this sucks, I'm still surprised that we didnt get any goals in game 7 after how we played for the first two periods. Maybe next year then kamranlaker would like a Kings/Lightning Final probably

Mr.E said:
I ain't no hockey guy but dis is some good shit. One more series to go, Vegas, make it happen.
Click to expand...

I am a recent hockey guy (started watching it properly this year) and jumped on Vegas cause I got to see them play while I was in the states. Despite not being very hockey knowledgeable, they're the only team that I support in the four major sports that's actually not utter trash right now! Been watching the playoffs religiously.

PS Admin
Gratz to the Washington Capitals, the 2018 Stanley Cup Champions in 5 games!

Ovi was is the most excited person I've ever seen, he and his team deserves it tbh, they have had a long hard road to get here, and probably should have more than 1 cup. Only 2 things are sad here, 1 the season is over (4 months till next season ;-;), 2 The lightning didn't win the cup (I'm biased yes, almost all of us are). I think you guys can at least agree with the first point, anyways looking forward to October, and the NHL awards later this month, I'm hoping vasy gets the Vezina Trophy.

So glad for Ovi and Washington! Vegas' run was fun. Cheers to next season.. GKG!

Congratulations to the Washington Capitals! I did want Vegas to win for the sake of my bracket however the Caps definitely deserved it more. Seeing Ovechkin and his fellow teammates finally be rewarded for all of their hard work was great to see. Also, the speech from Oshie just about brought me to tears. Very happy for them all. Can't wait for next season!

So happy that the Sabres drafted Dahlin! The future looks good! 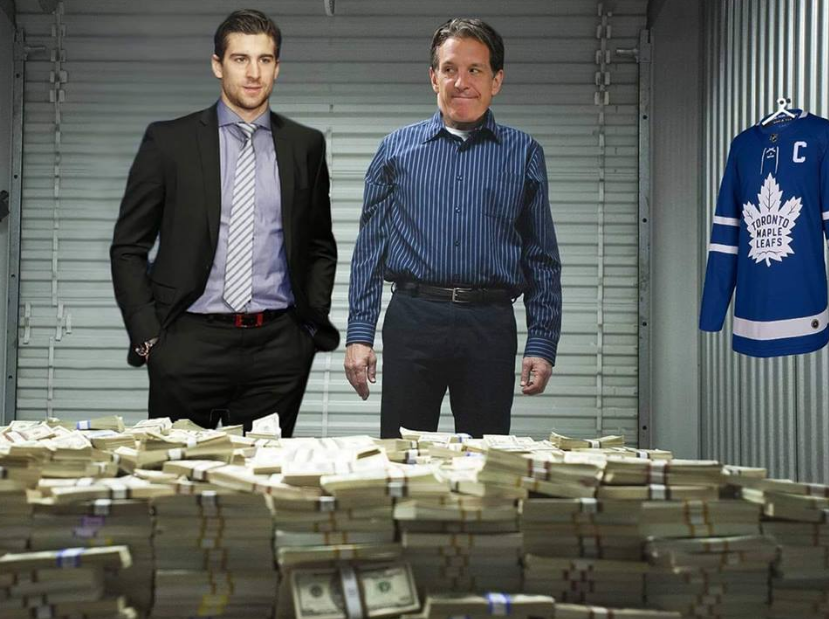 Well the new season began today, and I am so excited! The months until hockey season seemed to last forever. Excited to see what the Sabres can do this year, especially with Eichel and Dahlin looking strong. Eichel was also named the captain, so can't wait to see how things go.

Auston Matthews is a cheat code

I have that cheat code on my fantasy team!

Glad its finally hockey season again! Cant wait till saturday when the lightning start the season.

Sabres start tonight VS the Bruins. Bruins got obliterated last night so hoping we can knock em on their asses once more.

deetah said:
Sabres start tonight VS the Bruins. Bruins got obliterated last night so hoping we can knock em on their asses once more.
Click to expand...

PS Admin
Generally when a team gets slaughtered like that, they will comeback the next game (at least from what I've seen), maybe not win, but at least try really hard to win/not get slaughtered.

Here's my odyssey as a hockey "fan".

From 2010-2012, I watched a lot of it as I was a student with a lot of spare time, I was supporting the Sharks. I stopped watching the sport after this because I just didn't have the time to keep up.

Last year, I went to a Vegas Golden Knights game in person (my first ever NHL game) and loved the atmosphere, so I picked up hockey again, jumped on them and made them my team.

Just last week, I got approved for a Canadian Working Holiday Visa and will be living in Toronto for 2 year as of next year, and I really want to support a home team, so here I am supporting Vegas in the West and the Leafs in the East. Is that weird?

PS Admin
Halfway through the season now (or just about). Hows it going for you guys? Maybe your looking for that least piece to make a playoff run, or maybe your looking at draft picks already (;-;). Its pretty obvious its going well for the lightning but the real test is in april for us.

I'm just about done with Phil Housley and very close to being done with Jason Botterill.

The horrendous ROR trade is looking worse every day that Casey Mittelstadt keeps sucking ass at the NHL level.

Dahlin is hella cool tho.

HoeenHero said:
Halfway through the season now (or just about). Hows it going for you guys? Maybe your looking for that least piece to make a playoff run, or maybe your looking at draft picks already (;-;). Its pretty obvious its going well for the lightning but the real test is in april for us.
Click to expand...