Welcome to the NFE Open!

won v tlenit ggs
will post replays when round is over :o

(also probably playing oran in like 6 hours or so)

Moderator
Im a believer of Aesf taking this home, so I'll go ahead and give extremely well deserved shoutout to my little helper 85percent. Couldn't get this far without you. Had lot of fun with this run and how we kept improving little details with the teams during this run instead of building new. Big shoutout to Marshtomp being unviable as hell in this tier and left us having no other choice than this:

. On a positive note I had high hopes on Koffing with Thief that 85percent came up with. And honestly, I think it might be its most viable set. Koffing acts as a knock off absorber to begin with and turning tables around stealing opponent evio instead of losing one is very valuable. Koffing was most valuable team player during this run and worth pointing out. I know you said you were a little rusty, but imagine how it would have went without that?! Anyways, you definitely know your stuff down here and thank you so much once again for all the help!

Bit disappointed on g3 how it went downhill after the missclick turn 15 and couldnt cancel it in time, but can only put it on me. Had all the time on earth to take it slow too. Aesf deserved the win as much, if not more in our series and no wonder he is leading the OM Slam standings currently. Very impressive run, hope you win it all in playoffs mate. 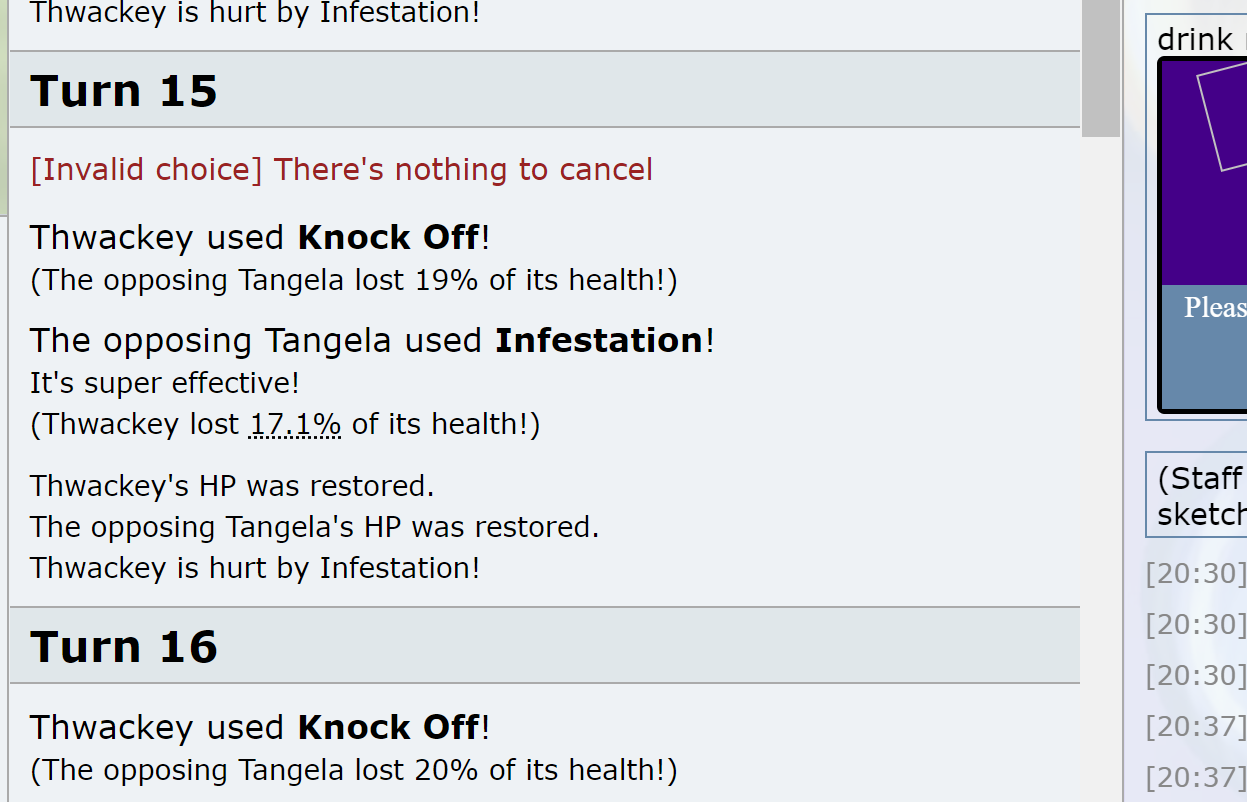 Enjoying the tier a lot as it is right now not going to lie. Hopefully more people finds this tier and community would grow a bit. Looks like people who runs it is doing good job and keep it up buddies,

Won v oran, ggs, thanks for being so accomodating w scheduling

This was a fun tour! I had a lot of really competitive close sets and I gotta say I'm with tlenit in that I think this meta is really enjoyable rn. Hope this tier keeps growing cause this scenes always had no shortage of enthusiasm, which is refreshing to see.

Stole p much all my teams from OMWC cords so s/o Skysolo (for broken pika koffing team) and Hys, and also xavgb for passing me teams in finals.

Gimmick Lord Bliss, look how far you have come