Logo by: Iyarito
Hosted by: Hogg and kjdaas
~Spreadsheet~
​
Welcome all to the fifteenth annual World Cup of Pokémon. This year, 16 teams are vying for the glorious title of World Champions. Who will rise to the top in the tournament of nations? It's time to find out!

Teams consist of eight starters, four substitutes, and two captains. All games will be played in SS OU.

In this first round, players will be placed into groups of four, where they will battle all three of their opponents. Divisions will be assigned randomly and each team will play each other team at least once and not more than twice.

Teams will be ranked based on records, rather than points. This means the eight teams with the best records will qualify for the quarter finals of the World Cup of Pokémon 2020. If two or more teams within the top seven have identical records, points will be used to sort out the tiebreaks. However, if there is a tie in records for the last spot, points will be ignored and the teams will face off in a tiebreak series. The tiebreak will consist of three SS games (Bo3).

This year we have four subs per roster, and Captains may use them as they see fit. Keep in mind once a player is subbed out, they cannot be subbed back into the same round, but can be put back onto the roster for next round.

Substitutions will be not be allowed in tiebreak series unless both teams agree (or TDs enforce double sub). We will be reluctant to give activity wins to those who are clearly fishing for them.

The general tournament rules and guidelines can be found here.
Please read them very carefully.

Now, all battles are to be completed by Sunday, July 12th, 2020 at 9:00 pm EST. Battles that are not completed will be reviewed for activity and have a winner declared accordingly. If both parties are at fault, the game will simply not count in deciding final standing. Activity calls will not be made before the round is over. We figure that three weeks is more than enough time, and we will take no excuses. We expect all Captains to nag their players to get their battles done if they are being active, and make substitutions as necessary. That is your job.

Furthermore, if by Sunday, July 5th, 2020 at 9:00 pm EST you have not completed at least one battle, we will force the Captain to sub you out. We will NOT accept inactivity. We don't want people sitting around, we want people being proactive. The reason the first round is so long is so teams can actually take some time to collaborate in their Discord channel and help each other with teams and strategies. It is not this long so you can sit around and not battle until five days before the deadline. We hope this is clear to everyone.

FIGHT FOR YOUR COUNTRY!!!

A wonderful good day and welcome to the RELT-Cup!

we will win this tournament and clearing this stage is the first step. lets get to it boys. 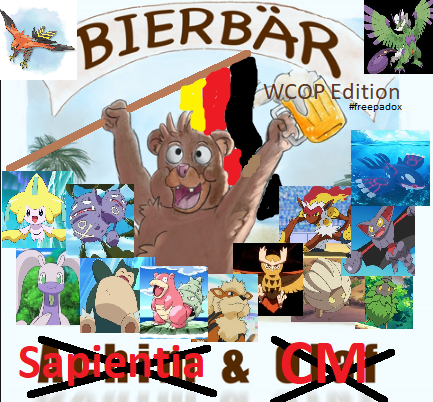 Let's go team France, the trophy is yours!

Work is never over