First of all this team that I will present is not fully mine, since the idea of using Cloyster T-Spikes Offense came from a very cool Ubers player, Totor Returns. This is a serious and competitive Team created by both of us, and we both contributed at writing this RMT. The team peaked Top 10 Ubers Ladder twice the last days, around 1765, and has proven good viability and success against a lot of match-ups.

The Idea behind the team is to weaken Opponents with Toxic Spikes, in order to prepare the sweeps of Latios (a massive Wallbreaker), and Mega-Salamence (One of the best setup sweeper in the Tiers).
To support our Dragons, we added the following Pokemon:
Primal-Groudon and Klefki to bring Support, Cloyster as the Toxic Spiker Lead, and Arceus Extreme Killer as a Finisher and a powerful Revenge Killer.

We had several builds around Toxic Spikes and long test in order to build the final mentioned cores. Now let's go to our presentation of our members in details. 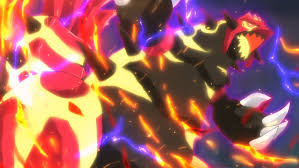 An amount of Special Defense trade is chosen for supplementary Defense, which still leaves Primal Groudon with enough excess EVs to optimally Speed creep. The SpD hits the benchmark of this attack:
+2 252+ SpA Xerneas Focus Blast vs. 248 HP / 52 SpD Primal Groudon: 298-351 (73.9 - 87%) -- guaranteed 2HKO after Stealth Rock,
whilst the Def helps take this hit: +2 252 Atk Life Orb Arceus Earthquake vs. 248 HP / 128+ Def Primal Groudon: 296-351 (73.4 - 87%) -- guaranteed 2HKO after Stealth Rock.
This is an added bonus: 252+ Atk Primal Groudon Precipice Blades vs. 248 HP / 128+ Def Primal Groudon: 306-362 (75.9 - 89.8%) -- 18.8% chance to OHKO after Stealth Rock; it has roughly the same odds to KO you as it does to miss. The EVs are essentially tailor-made to take on three of the undisputed biggest threats in Ubers.
Running a -SAtk nature and Lava Plume seems silly at first glance but here is the thing: you're either using Lava Plume to roast a particular Mega Sableye/steelmon/Landorus-T or you're fishing for burns with it. In any case, the diminished damage output is irrelevant as Sableye has 94.9% odds of being 2HKO'd anyway, you barely do more to Landorus-T, and steelmons like Skarmory are taken out of commission regardless of how much Special Attack investment you have. This is especially true when one considers how much Primal Groudon needs the EVs in every other stat.

The Moveset is what we generally consider to be the ideal one for Teams that like to play the Hazards game, and that don't need Primal Groudon to be able to phaze Xerneas. Lava Plume and Dragon Tail give it the coverage to pressure or outright beat Literally Every Hazard Remover, and not running Stealth Rock on support Primal Groudon is about as ludicrous as choosing Earthquake over Precipice Blades. Stone Edge is viable here in place of Lava Plume, but we tend to prefer the fire move as Stone Edge has a single target in Ho-Oh which won't stay in anyway unless it knows it's faster. 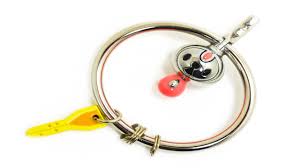 -> This Klefki set differs from the classic one, by fulfilling various roles in the Team.

Toxic is an effective weapon to cripple switch-ins, particularly Pdon, Defoggers, Darkrai, walls like bold P-Ogre, and Flying mons immune to Toxic Spikes such as Lugia, Giratina Origin, Yveltal.
Rest coupled with Chesto Berry gives us a chance to poison Darkrai on the Dark Void switch, if Toxic Spikes aren’t up. Extreme Killer Arceus can revenge kill Darkrai at 80%.
Heal Block complements with it by locking walls and Gothitelle, paving the way to a Revenge Killer. It also prevents Defensive Pokemon such as Arceus Forms, Lefties / Leech Seed Stallers such as Bronzong and Ferrothorn, or Lugia from Recovering HPs.
Klefki's set also acts as a secondary check to RestXern thanks to Heal Block.
Rest, especially with Chesto Berry up, increases Klefki's staying Power in order to check Yveltal and Lati Twins longer in the field, and helps Toxic Stalling. 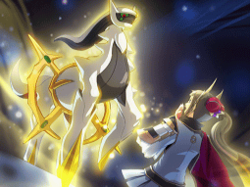 
-> Extreme Killer Arceus is our main Revenge Killer thanks to its very powerful STAB Extreme Speed.

In order to finish weakened and / or boosted setup Pokemon such as Geomancy Xerneas, we needed a powerful Revenge Killer in the team, so we added SD Arceus Normal.
Extreme Speed is its powerful STAB and has +2 Priority. Earthquake is chosen as coverage in order to hit most Steel Types, such as Aegislash and Klefki; as well as Rock types. Earthquake hits as well Primal Groudon for great damages. Shadow Claw is used with the rise of popularity of Bronzong and Giratina-Origin, as well as Ghostceus. It can be used as well to OHKO Gengar on the switch.
Spread, Adamant Nature and Life Orb are chosen for optimal Power and Resistance. 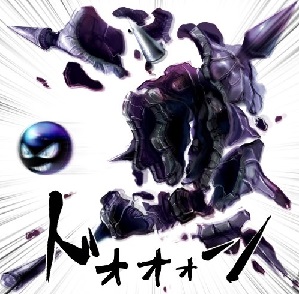 The Pokemon is Underrated and is one of the most effective T-spikes setter, which can furthermore Rapid Spin and being potentially a Sweeper all in one. Although Toxic Spikes is good to spam in Ubers, because it works after Defogger’s work. These Hazards work essentially when at least half of the opponent's Team is grounded. The dominance of Groudon Primal increases the use of Flying Type Pokemon, Groundceus and Dragon Type Defoggers, hence the use of an Ice STAB coupled to a setup move to deal with them. In addition, you have to play aggressively in order to Rapid Spin effectively.
As a lead, it beats common leads such as Deoxys-Attack, Deoxys-Speed, and Mold Breaker Excadrill.
Against Stall builds he can act as a Sweeper when Waterceus or Steels are over, making it a Win condition versus other Toxic Spikes setters. 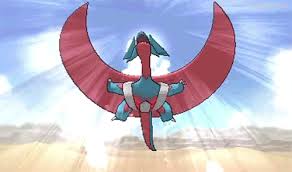 -> Mega-Salamence : A Powerful Offensive Sweeper which profits a lot from Toxic Spikes support.

This Pokemon fulfills many roles: Sweeper, Stall Breaker, Status absorber, Revenge Killer, Ho-Oh counter and SD Arceus check.
Against Offensive and Balance Teams, you have to create a setup opportunity thanks to Intimidate in pre-Mega form, in order to sweep, or paving the way for The Punisher or Jet Sweeper.
As Stall and Balance uses damaging status as their win condition, Facade lets Him to put a major pressure. In preference, you have to take a Burn in order to be the most effective possible, because Toxic puts a timer to his sweep. Switching into CB Ho-Oh's Sacred Fire is a perfect opportunity example. Of course, you should avoid Thunder Wave, because although it still boosts Facade, Mega-Salamence will be way easier Revenge Killed by threats such as Xerneas, Mega-Diancie, Latios, or a Staller's Ice Beam. 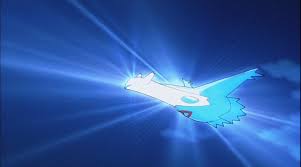 -> Latios is the Wallbreaker of choice in the Team.

Latios has to put a large amount of pressure in order to not let the opponent Defogging Hazards. After Cloyster’s work, he has to Revenge Kill threats such as Pdon with STAB Draco Meteor.
Although Fairy Types switch-ins are obvious, they dislike take the damage on Toxic Spikes (Excepted Klefki).
Psyshock is the reliable option in order to avoid mispredictions. Nevertheless you have to play carefully against Teams who uses both Yveltal and Xerneas. Grass Knot complements well to Cloyster typing and is the safest option to deal with Stall Teams who generally uses Waterceus, Rockceus, Tyranitar who is 2HKOed on the switch, or Bold Primal Kyogre. In addition it can threaten cores such as Giratina / Primal Kyogre. Hidden Power Fire beats Steels such as Ferrothorn, Scizor, Klefki...

Mega-Gengar is by far the biggest threat. Once Mega-Evolved, Gengar can absorb Toxic Spikes and can proceed Trapping Klefki (who can't touch it) or Latios. It can also cause big troubles to Arceus even if it survives Focus Blast, with options such as Will-O-Wisp. Also Poison Types in general are annoying, such as Scolipede or the rare Poisonceus.

Opposing Extreme Killer Arceus is a threat when it packs a Lum Berry to cure a poisoning, and if Mega-Salamence is weakened. Hopefully Primal Groudon is Physically Defensive invested in order to survive and phaze this Threat. 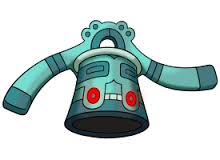 Bronzong does generally excellent work vs the Team. It is only 3HKO by Jet Sweeper's Hidden Power Fire and has many opportunities to setup Rocks, and to use Toxic vs The Spectator and the Sweepers. Gyro Ball can do a lot to Mega Salamence limiting its setup opportunity, or can also place Reflect.

We hope you like our Toxic Spikes team and you had a good time to read our RMT.
Please don't forget to tell any comments and appreciations. You can find below the Full Team in txt format.
Have a nice time playing with the team and good holiday!

I'm a bit baffled as to the decision to include Klefki on an otherwise very offensive team. To put it simply, the current set is super passive and doesn't contribute anything in the way of the hazards game, fails at checking regular Geomancy Xerneas sets (aka the good kind) due to the lack of Thunder Wave, and just generally seems horribly out of place on this team. All it really accomplishes is giving the enemy Spinner/Defogger a chance to erase your hazards without being punished much for it. It's like running Lugia on Deo-S HO: it just does nothing and costs you momentum.

Some other things that really bother this team: Mega Diancie (nothing is faster and only Arceus can survive more than two hits, you have no good switchins and Klefki is just a free switch for it), RP 3 Atks Groudon (if it has Dragon Claw you probably lose, easily sets up on Klefki), and Thunder Darkrai (your Klefki set isn't well suited to checking it). If it's not obvious by now, I think Klefki is the source of most of your teams problems and I think it has to go.

I would suggest the following changes:

Replace Klefki with Scarf Xerneas. Gives you some much needed Speed, benefits from TSpikes wearing down Groudon, and does most of the things Klefki can while being much less of a momentum suck (except Ho-Oh, which you can try to take advantage of with Facade Salamence). It can also use Sleep Talk to switch directly into Void. As an added benefit, it also makes it safe to always lead Cloyster against HO instead of guessing between Darkrai and Deoxys.
Use Jolly EKiller and move all HP/Def EVs to Speed. Faster EKillers can help revenge other EKillers and will usually beat slower ones in a 1v1 situation, gives you something else to revenge Mega Diancie, and can help against Gengars that leave home without Protect. Keep Life Orb, Jolly is too weak without it.

That should handle most of your issues while keeping the team offensive and appreciative of Toxic Spikes. Good luck with the team!

Oh, I had no idea you were behind this do you, Antacool. I only occasion I have faced Returns Totor using a very similar team with small changes, such as mega. Ubers can boast a range of varieties and strategies. I like the original touch that has given Klefki, that Heal Block is very useful taking advantage of the "status" of the strategy Cloyster. I have always liked this kind of team combining TSpikes and pressure. Solids are actually focused on this. Great team, sir. You always surprises me with everything he does.
Last edited: Aug 7, 2016
You must log in or register to reply here.
Share:
Reddit Pinterest Tumblr WhatsApp Email Link