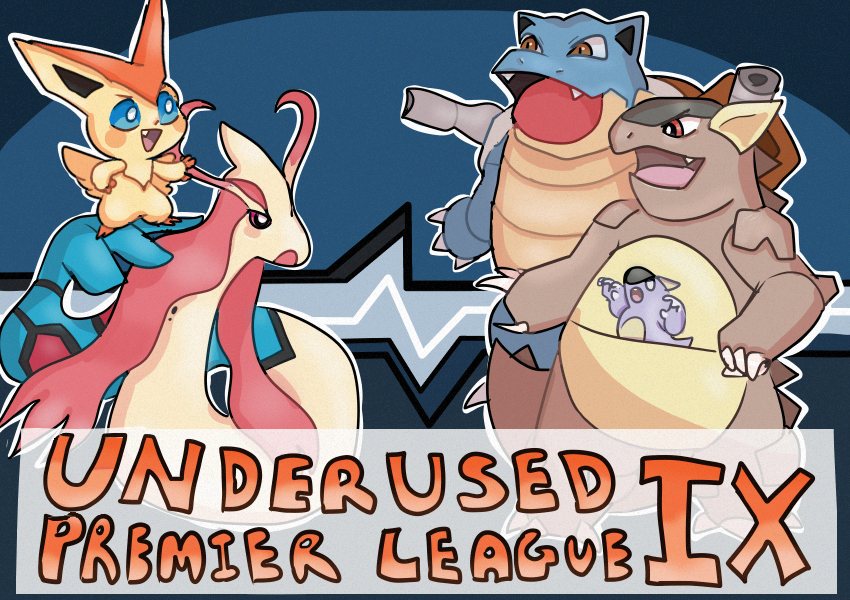 ​
Welcome to the UnderUsed Premier League IX! You must post here to sign up for the tournament. Everyone must sign up here, including people that are being retained. Please only sign up if you can be active for the vast majority of the tournament (roughly 3 months).


Code:
YOU ABSOLUTELY MUST USE THE FORMAT ABOVE TO SIGN UP OR ELSE YOUR POST WILL BE IGNORED. We use an automatic script to scan signups into a spreadsheet for the draft. The potential tiers are SS UU, SM UU, ORAS UU, BW UU, DPP UU, ADV UU, and GSC UU.

Be aware that if you sign up for a tier, a manager may draft you and expect you to play that tier. You may be purchased by any team, so please do not sign up if you are unwilling to work with one or more of the managers. Please only list formats that you would seriously be willing to play competitively at a high level. Do not sign up for tiers you don't play as a joke.

Some rules and regulations for retains, managers, and players:

Player signups spreadsheet will be made and linked in the near future!

Signups will close in approximately 2 weeks (expect February 26th or 27th), the exact time to be announced when the draft date and time has been determined.
Last edited: Feb 21, 2021

Averardo
GSC, DPP, SS (can play all but would prefer those)
+1
Ill build my own teams

Ill not build my own teams

Shiba dab me up