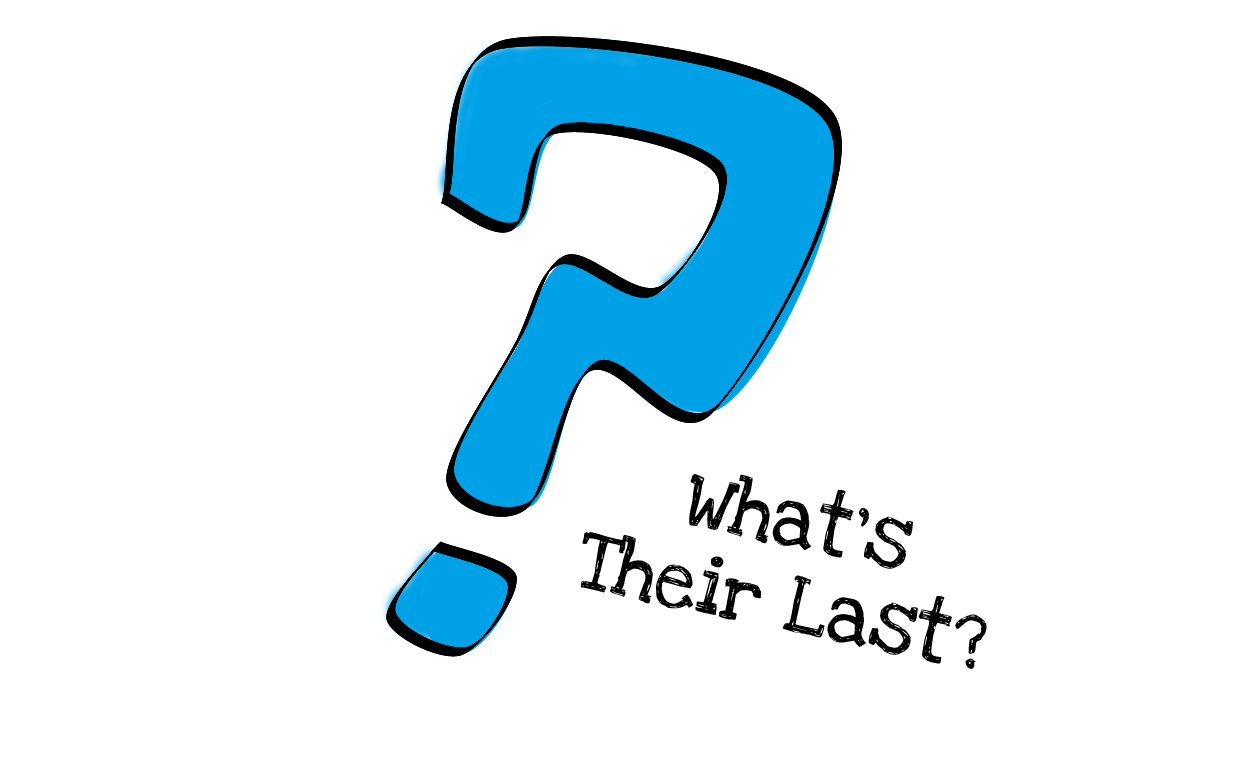 A long time ago, back when DPP was the current gen, and there was no team preview, the above question was often asked. You had to be prepared for anything in that last slot and use your deductive teambuilding skills to figure out just what your opponent was saving in the back. Still today, we can use these skills to better build our own teams. When building, there will be times when you have 5 perfect Pokemon. Mons that fit together so well that you just can't seem to pick a final Pokemon. Or sometimes you have a crippling weakness to a major threat and can't think of a mon that will cover it that fits the team. This project aims to let the community figure out what the best last Pokemon would be for a given team of 5.

Every round, I will post a team that is missing one Pokemon. You guys will then post suggestions for the final mon. Over the next few days, these nominations will be discussed among the users until voting begins. Once the vote starts, people will choose the last mon that they think fits the rest of the team best. At the end of the round, the Pokemon with the most votes will be the winner! The team will be archived, and the user who suggested the set will have his or her name alongside the team. Think of this as a lesson in team building!

RULES:
1. Standard forum rules apply. No flaming/antagonizing please. Also no one liners please.
2. No joke sets. Sets that are plain bad/unviable are not welcome.
3. No slashing in your suggestions. You can't have 5 moves in a battle, why here?
4. Only one nomination per person, per round. Can't suggest more than one mon.
5. No changing the other members of the team, INCLUDING SETS. Only I can change the team and movesets.
6. Voting for your own nomination is NOT ALLOWED.
7. Please PM me if you have a team you would like featured!
8. If someone else has nominated a Pokemon, it's off limits for you.

FAILURE TO ABIDE BY THE RULES MAY GET YOU REMOVED FROM THE ABILITY TO CONTRIBUTE.
Last edited: May 27, 2017

This team is based around a ferrospritz core, which many teams in the current metagame struggle to break due to its fantastic set of resistances and overall bulk. The key Pokemon that ferrospritz struggles against are Ponyta and Pawniard; in addition, hazard stackers can wear it down. The rest of the team serves to cover these weaknesses. Staryu is the team's rapid spinner and strongest offensive threat; with a Life Orb, it easily KOes spinblockers switching in to block Rapid Spin. Since Staryu cannot check Mudbray well, bulky Slowpoke is used to do so; it also handles Ponyta fairly reliably. Finally, Timburr provides Knock Off support for Staryu and checks Pawniard, as well as offering useful priority.

Now it is your turn to figure out what you believe to be the last pokemon to make this team complete. Good luck!

I think Vullaby takes up the last team spot perfectly. Vullaby gaining access to Nasty Plot and Weak Armor It can be a late game sweeper and oppose opposing wallbreakers. This Set focuses on setup sweeping which can be a real threat to teams that are a. unprepared b. dont have alot of flying coverage c. dont have alot of dark coverage. Overall Nasty Plot Weak Armor Vullaby Set fits perfectly with this team and can be an MVP of the team
Last edited: Feb 3, 2017 This team needs a win con and Scraggy is one of the best this gen. I am running an offensive ish set because for the most part, if you've knocked mons, and chipped/eliminated scarfer, Scraggy just wins most games. Fight Spam is also severely underrated this gen and is very scary as timb chips Scrags counters and gets rid of their items.
Last edited: Feb 3, 2017

The top pile of toxic waste in the LC meta, Grimer-Alola to me seems like literally the only possible way to patch up this team. The team relies on getting matchups which aren't against certain breakers, and autoloses against those breakers. Grimer-A takes on three of the most threatening Pokemon to this team, Gastly, Abra, and Snivy, which just break down the squad otherwise. It also can take some hits from sun sweepers (not particularly well, but better than the rest of the squad). You still basically just lose to some stuff, but you just lose less...
Last edited: Feb 7, 2017

This team lacks speed and is weak to fast threats like LO Staryu, Abra or Gastly, all of which get threatened by Pawn. It's also a check for fast non-scarfed flying-types and non-scarfed opposing Pawns if Timburr is too low or you can't afford getting it too low. It doesn't have to be worried about fighting-types or NP Vullaby because of that nice Spritzee in the back. Finally, it also helps Timburr removing its checks in order to setup in the late e and win. I think it's just a good fit for the team in general.

Also sun destroys this team but it's broken anyways so

i don't think this team has a great build. it's slow and generally very susceptible to most kinds of breakers, especially those that don't autolose to spritz and can break through ferro. it also just rolls over to a breaker paired with dig, since your only moderately fast pokemon is non-evio staryu. over-reliance on ferro + spritzee, double water, and limited revenge options make this team struggle in most matchups against a good offense build.

in particular, i think the following are important for a last pokemon to attempt to cover:

- snivy: rolls after a boost, cleans if hp fire but this ferro set does diddly anyway
- gastly: threatens everything except staryu but yu can never switch in, subs on spritzee
- torchic: subs and passes on ferro & spritzee
- sun: yea just look at bellsprout lol

these are possible to play around (except sun, that player would literally have to sack both sun sweepers to lose), but honestly if someone competent is piloting them they just run circles around the current squad. i think the actual optimal choice is probably bj grimer-a but since that's ~~taken~~, here's my awful-pokemon-that-sorta-fits:

ik the op says not to use slashes but it's literally just a matter of preference here, you just pick what you want to lose to more

bulletproof means you're immune to gastly's stabs (you're gonna roll over to hex probably, but so will the whole team). you still get chunked by hp fight but it's better than anything else on the squad. it checks everything not named hp ice snivy, and it can roar through torchic subs. both dragon tail & roar have issues (dtail sorta loses to curse chic, roar means you actually can't hurt gastly either) but phazing helps. it also can be an ok check to sun by virtue of being immune to sludge bomb & weather ball and resisting solarbeam, as well as another backup check to ponyta.

use grimer-a though. bulky vulla could also work but grimer-a is the pick
Last edited: Feb 7, 2017

This team right now looks really defensive and I don't think it has enough of offense, so I thought of a set up sweeper.

Dwebble provides the team a wincon that it needs, cleaning up the opponent lategame. At that point the team will already be weak enough and since Sturdyjuice almost guarantees Shell Smash being set up, its only a matter of time till the opponent falls. Hazards set by Ferroseed will only make it a lot more easier for Dwebble to sweep with its three attacks while Staryu removes hazards with Spin.

Voting Time! Here are your choices.

What a beautiful face, I have found in this place

And the winner is Nineage with his Alolan Grimer! The actual last of this team was Scarf Sandile (levi is a madman lol). Week 2 will be up shortly!
Last edited: Feb 12, 2017

This team is based around torchpass into a pokemon that threatens your opponent's team. Torchic applies pressure in two ways - opps need to fear both LO-boosted attacks and also fear allowing a speedpass to a threat. Onix is there to set rocks and to check the many bird types of this tier. Timburr is there to check dark types, steel types, rock types, and provides knock off support while Snivy checks water and ground types. Timburr and Snivy both enjoy having speed boosts which can also lead to them sweeping late game. Alolan Grimer is used as the foongus check because it has sleep talk and also traps things like abra and gastly.

Now it is your turn to figure out what you believe to be the last pokemon to make this team complete. Good luck!

I'm pretty ass at teambuilding, but looking over the team I thought that it's missing a Water-type. Those aren't mandatory or anything, but they're always good to have (and also FWG cores are cute). However, since the point of the team is torchpass, that ruled out Staryu or any Shell Smashers, since they don't need a boost to their Speed. Chinchou is more of utility than anything; it lacks the raw power to abuse a speed boost. Corphish, however, hits like a truck; one of its flaws is that it's kind of slow. Grimer-A takes care of any Grass-types for it, and Onix can deal well enough with Electric-types. Torchic can pass on a mon that Corphish forces out, allowing it to set up a SD. Corphish with +2 in its Attack and Speed is really hard to stop.
You must log in or register to reply here.
Share:
Reddit Pinterest Tumblr WhatsApp Email Link