Devilican said:
Made this team in 10 secs as well mainly cause bored:

I'm assuming the other team is what you want us to vote for.

I vote for Moose and Goose :)

BTW I thought I should say this, this thread is very disappointing to me, not because of the effort you've put in or the quality of the thread itself, but because I honestly feel bad about how someone tried to start something up to try engage the community and it has mostly been ignored asides from a few people.

This sort of thing has annoyed me since I've stopped being a complete noob and started gaining enough perspective to know better.

I kind of came in with this silly ideal that we would all help each other to become better, almost be like a bit of a team or a family but the reality can't be further than the truth. The reality is the only time I am going to ever play or interact with the majority of the community is in a tournament. I used to ask around practically every day for friendlies and the like, feedback on teams etc. so I can actually improve in an environment where I not only get feedback from myself but others if I'd need it about my team or gameplay (this you CANNOT do on ladder or Cart) even to the point of personally PMing various people and perhaps over the last 11 months I've played 6-7 people from the battlespot room/discord outside of tournament or by chance meeting them on ladder and only one of any frequency (Monsareeasy). The Japanese are probably far ahead of the English speaking community because they actually theorycraft, talk and train together. I see more talk about how to play the game in my ladder games in the 1500s by Japanese ghosters than I do from the actual community.

I don't know if I would have ever kept playing BSS for more than a few weeks without going through Battling 101.

How do you expect the Battlespot scene to grow without actually putting any effort towards it? I get that it is easier though to just sit in the bubble and once in a blue moon come out to criticise someone else for saying something wrong, most likely more to make yourself look right and smart than to actually help the person in question. Lets just wait for Gen 8/Lets Go and pray new players join the community seems to be the stratagem of choice. If I was looking at this from the outside in, I'd be bailing.

The forums dead. The tournaments aren't cared about. There's no talking about the game. There's basically no way to actually get better other than almost completely on your own. At least some people stream BSS gameplay, but that's about all I got to say.

There are some nice people here, but man don't expect anything but decline in BSS, at least on Smogon.
Last edited: Nov 5, 2018

I wouldn't personally go that far. My 2 cents is that i think people are hesitant to join because these cores are almost too specific and these fun "activities" don't directly help one become a better player. One way to directly address this is instead of forcing people to not post something similar to what's in Nouthuca, thereby basically making people post meme teams trying to get votes, allow people to directly address said teams and discuss what is successful and what doesn't. This is probably a much more productive activity to improve player skill and metagame insight, and in addition provide a great resource for people to go off of and put their own twist on things, like the Doubles Framework Thread. Personally, that thread was the most important resource for me when I started off learning doubles, and I think having this kind of project double as a helpful resource thread is going to be really cool thing for many improving players.

Sorry for not being active enough across different sections of the website in general to post regularly - but the tournaments are definitely cared about for many prominent BSS players who are involved in the community.

The reason why I think resource archival is a better way to spark forum activities is fairly straightforward. In general, forum discussion is a dying trend. It's simply inferior to discussion on discord channels, where you get instant feedback. Forums are best now for archiving and resources, rather than active discussion. I think acknowledging this and using the strengths of a forum is a much more effective way to progress, instead of getting upset about lack of active discussion.
Last edited: Nov 5, 2018

I'm going to vote for Devillican

Basically I put in all the broken Pokemon with no drawback, and hoped Mew can support them and tie em all together.

On how to EV your Mew for this competition:


For Mew, I had too many special attackers that Xerneas is the biggest concern, though granted, Groudon + Magearna is one of the primary mode for the team. For other players, please feel free to pick a spread that works best for their team. Slower your Mew, the more advantaged it is to for Weather Control, and I think this spread works best here. Super Fang is there to support my lackluster Tailwind mode, to ensure OHKOs.

For Rayquaza, I have both Primals to power up both moves. Hitting Groudon, Magearna, Necrozma-Dusk-Mane are very meta-relevant, though i am realizing Focus Sash isn't too useful.

I tried so many Arceus types and I'm kinda sad that Normal is just too good to pass up. It's also my team's regular offensive mode and the main setup Pokemon to take advantage of Mew's Transform.

Magearna spread enables a Tailwind mode with Mew, as it can now outspeed Mega Rayquaza with Tailwind support.

Primal Groudon is the main Trick Room mode for this team with Magearna support. It KOs opposing Groudon to Enable my Magearna, and also takes KOs before Magearna strikes to boost its Z-Move.

Primal Kyogre's rain allows me to shield my Magearna from Fire-type moves, and it improves my Groudon matchup so much in combination with Waterfall Ray and EP Groudon that it struggles to survive to actually hit Magearna. EVs are stolen from vgc 16 so probably need to adjust but lol.

I will admit I have never played a single game of Ubers and have played perhaps two games of doubles. I have no idea about either so I really apologise if this is completely rubbish, but I thought I'd give it a try. Probably shit tho.

Tapu Lele @ Focus Sash
Ability: Psychic Surge
Level: 50
EVs: 252 HP / 4 SpA / 252 Spe
Timid Nature
IVs: 0 Atk
- Thunder
- Psychic
- Moonblast
- Taunt
How to ermmm describe this team. It's based around putting out the maximum amount of damage with xerneas/primal kyogre with kind of a trick-room/tailwind dichotomy. I say this but because I've never tested this team, I have no idea if it actually works.

So yea, the members.


Primal-Kyogre - basically the speed is 101 I believe, just outspeeds tapu koko in tailwind, rest in hp/spa. Just hits like a truck I think, though I've never used this mon outside of randbats. The coverage there for all circumstances. Protect because I've heard that is pretty good in doubles. Also it allows your setter to get up tailwind/trick room without you dying.

Xerneas - Max hp, spdef to live overheat from pdon, defence kinda just takes hits better from mega ray like lo dragon ascent thingy. Dazzling gleam is just some spread. Might be worth changing protect for something specifically to hit pdon/dusk mane necrozma but I dont know.

Primal-Groudon - Check to opposing Pdon. Originally was 4 support move jirachi (follow me, dual screen, tr) but I thought team was too weak to necrozma dusk mane magearna etc. so I added this. Speed outspeeds 4 speed arceus. Rest in HP/Spdef. Thats about it really.

Yvetal - kind of a rubbish check to physical threats and also a tailwinder. Hit nice dark pulses onto necrozma, lunala etc. groudon/rayquaza do not like foul play. Life orb for the extra oomph. Tailwind works with p-ogre, can also allow xerneas to geo before special threats, lowering their damage.

Have played 1 battle vs. rank 8 guy on ladder:

Devilican said:
I think. It magearna weak.
Click to expand...

I don't think ur close to mag weak. 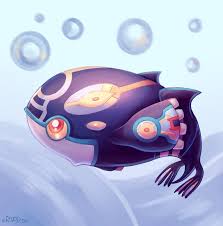 When I started building this I wanted to use Pogre+M-Ray. They have great coverage together. These pokemon also control the weather.Ogre is physical for xern and mag. Sash ray is a force when it almost kos everything with dragon accent + espeed. Mega ray may not have much for steel types but ogre hits them hard and the main ones are beaten by Necrozma and hoopa. Switching into both of these pokemon is REALLY hard. Protect on ogre helps with ray and other pokemon trying to target it.

Next I wanted a fake out user. ONLY TWO are legal. Mew and Z wild cat. In a meta with with mray and yvetal I want Quick Guard for extreme speed and sucker punch fake out etc. This checks magearna where it can fake out to help another pokemon absorbs tbolts and can slow down shift gear sets. This is solid overal for speed control and breaking sashes. 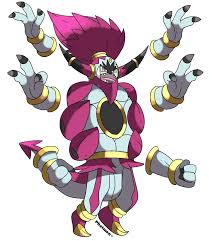 Then the trick room part. This helps with the fast meta and opposing tr. Magearna and dm deal with xern and mag. Hoopa is for power. It has 2 super strong Z moves off of base 170 and 160 attack stats. Hoopa also has a move that COMPLETELY bypasses protect in hyper space hole. IMO hoopa-U can not afford to run trick room but that is fine with protect and two other trick room users.grass knot on mag helps with don after decent damage and a boost or can just do damage to open up for DM. Necrozma Dusk Mane is Crazy. This can take V creates and Earthquakes from Mega ray. It can even take Select Groudon moves set up trick room and go for a +2 photon gyeser. With slight chip on everything Weakness policy DM destroys.

As soon as Wednesday 5am is hit you can vote

Marilli the only doubles player who actually made a team, so I vote for him

Devilican said:
Marilli the only doubles player who actually made a team, so I vote for him
Click to expand...

:p good choice I vote for marilli too. marilli vote you still hAve time

Marilli won in going to take a break