BW OU Global Championship is a standard BW OU Tournament with a goal to find the best BW OU player of the year.
The defending champion is Finchinator.
​
Each round will consist of 2 stages. The first stage each player will be given 2 sets of pairings, in which they play a best-of-3 vs their opponent. After the first stage is completed and the host has determined wins, players who win both their matches go through to the next round, while players who lost twice are eliminated. The players who won 1, lost 1, battle it out in a tiebreaker FT2W in stage 2 to join the two-time winners in the next round (or the player wins the tournament in the case of a final). If a 3-way final, a 3-man FT2W round robin will determine the winner of the tournament (repeated if necessary).


The prize returns from last year: a $50 (or equivalent) amazon gift card will be given out to the winner!
The winner will also earn the right to display

Additionally, the winner of BW OU Global Championship will earn the right to compete in the year-end RoA Forum Championship, competing in the BW OU division for the

medal (to go in their signature).

You can also earn qualification points for the year-end BW OU Championship. 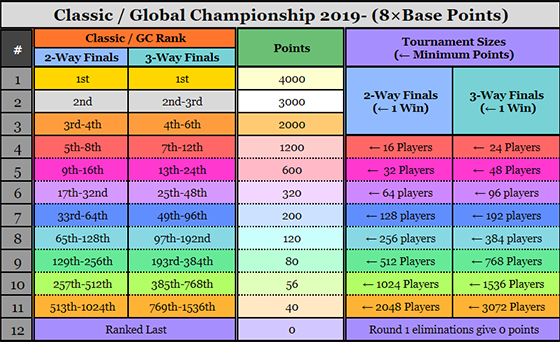 Battle ties do not progress either player towards winning the match.