Paint Roller Necturna by Legitimate Username.​
Got a fanwork of your favorite CAP creations you'd like to share with the community? Post it here! All art mediums are welcome. This includes art, music, writing, video, you name it! Silly posts are allowed, but please keep your post high-quality! If you share something here, it might be picked up for promotional purposes by CAP Social Media. ;)

This is NOT the place to submit art designs during a CAP process. There is a separate thread for CAP art design submissions per CAP cycle. This oil painting was finished recently, but I had a hard time remembering to work on it since January until then. 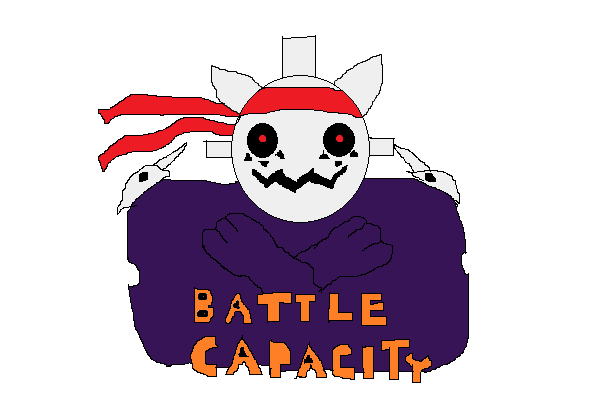 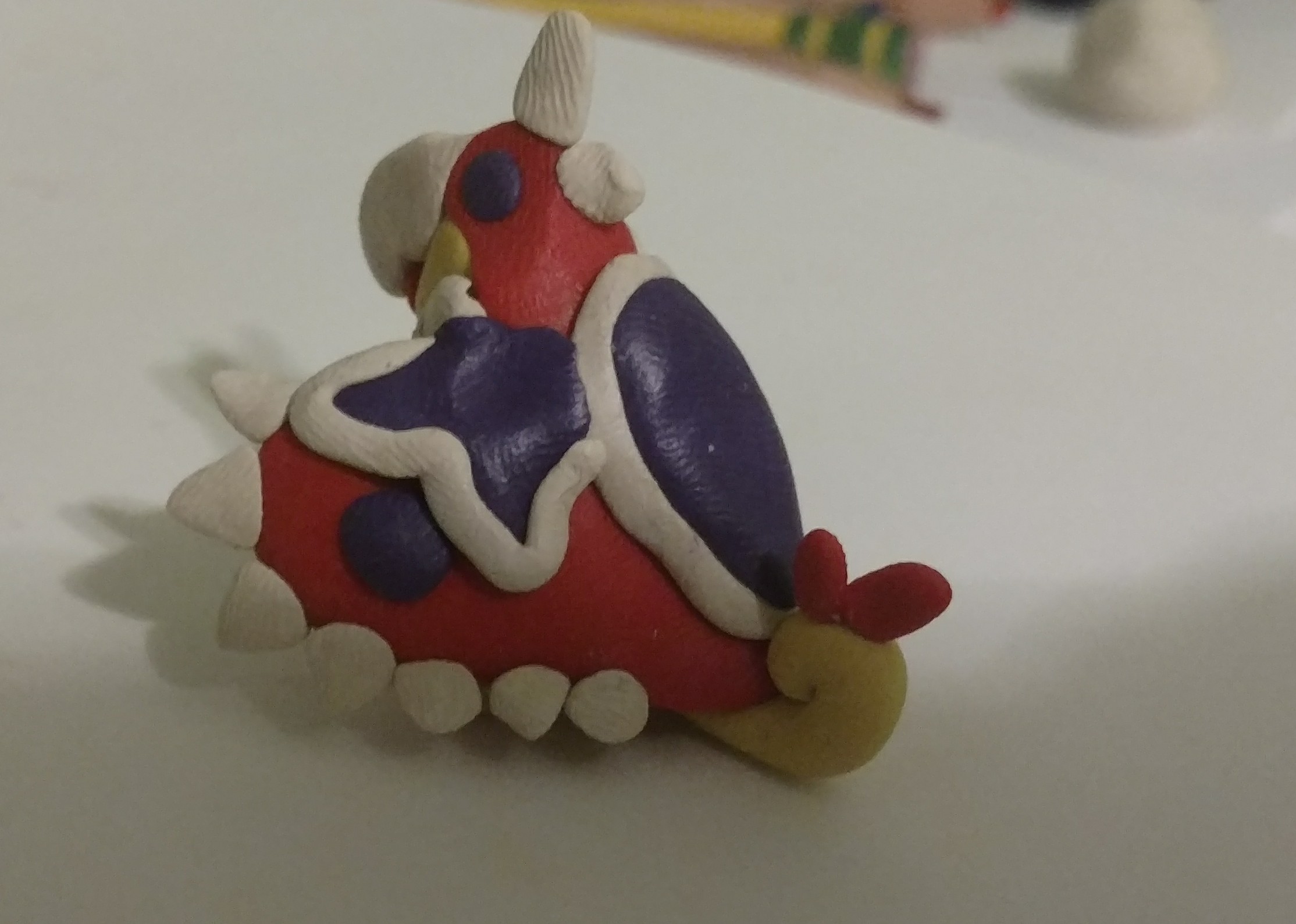 ZardX, can those be the April Fool's Day sprites for the CAPmons? They definitely look like they're done in that style.

Lectrys said:
ZardX, can those be the April Fool's Day sprites for the CAPmons? They definitely look like they're done in that style.
Click to expand...

Hope so, and I hope they replace some of the current ones like Poorly drawn Voodoom or Paint Roller Necturna with Fregdoom or Suanecturna

Is requesting permitted? If it is then I want to request arts of CAP waifumons of your pick. Please do not try to pick Mumbao! 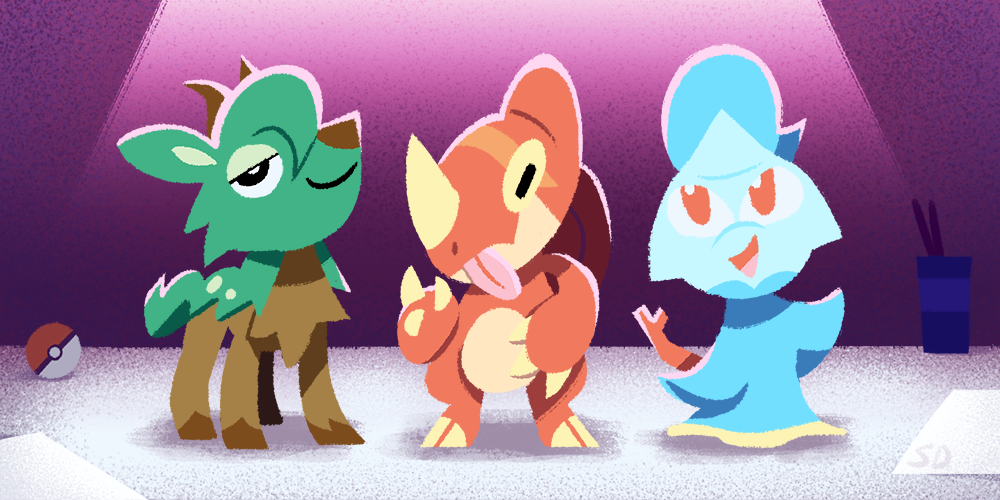 I made this banner featuring the CAP starters! kerf is actually driving with his long arms, since the babies lack a driver's liscense

It was 2am and I was bored so I made this in like an hour. 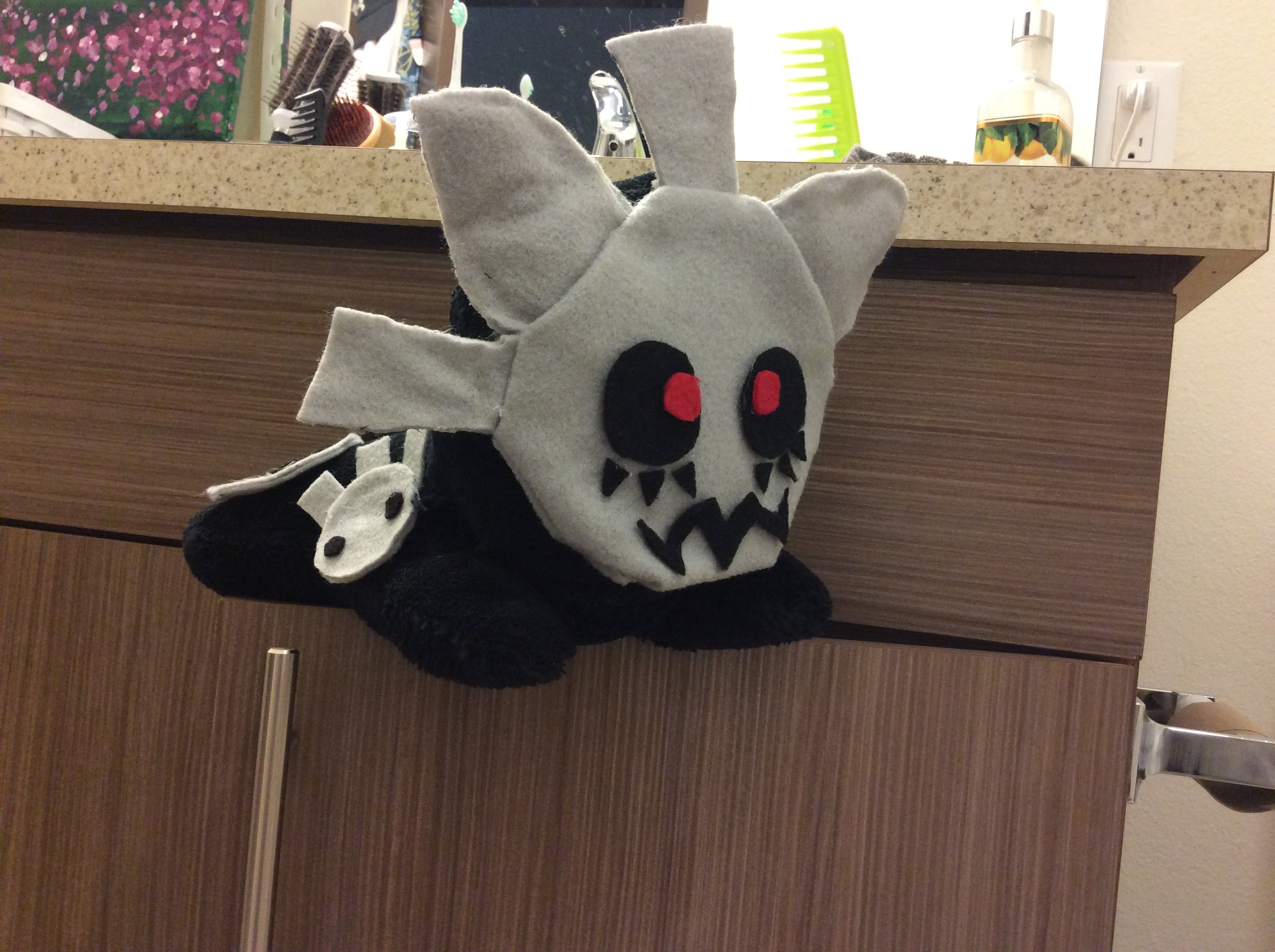 Fanart of the Smokomodo line, and they're shiny! If these guys were real, I'd pick them in a heartbeat. 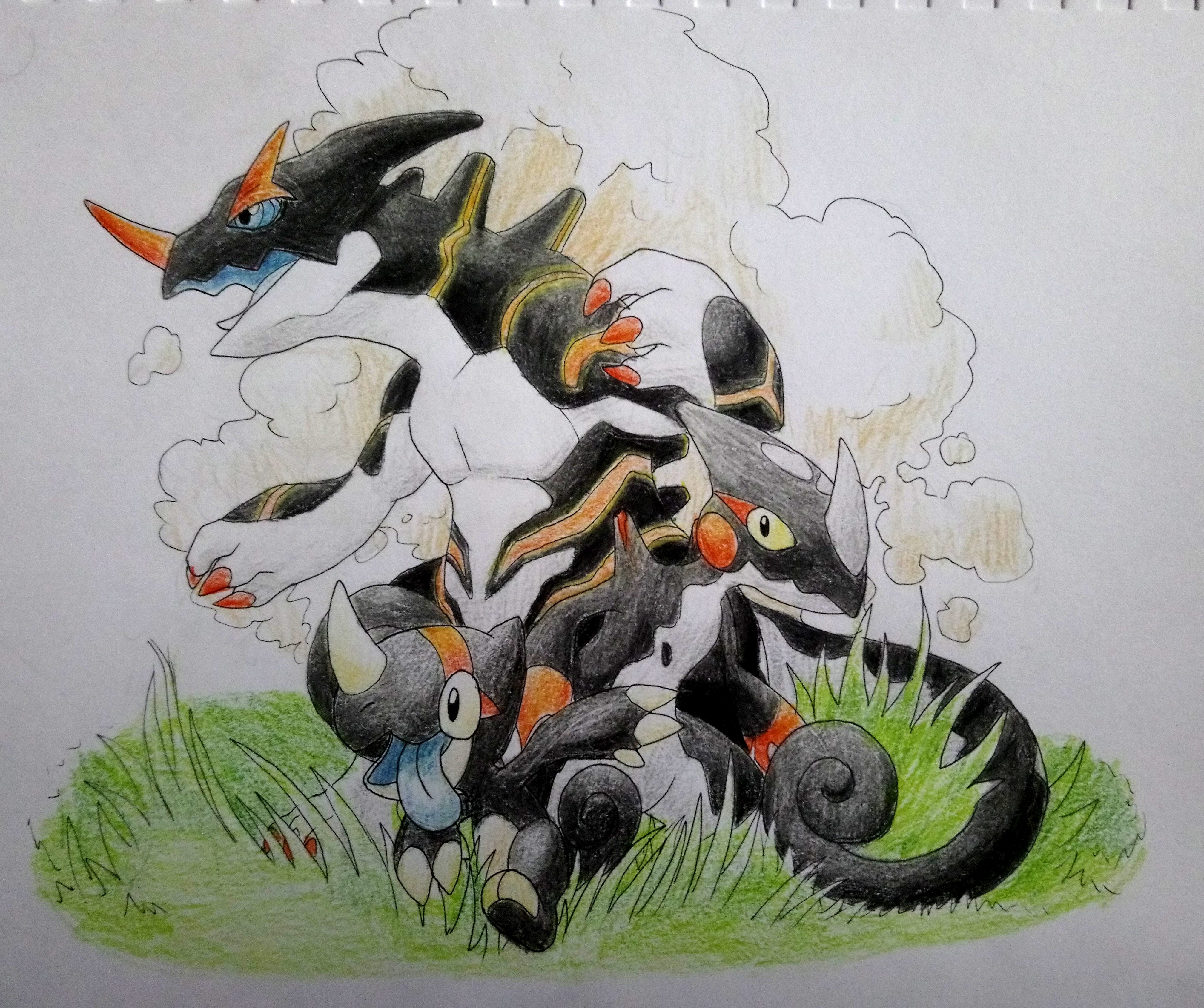 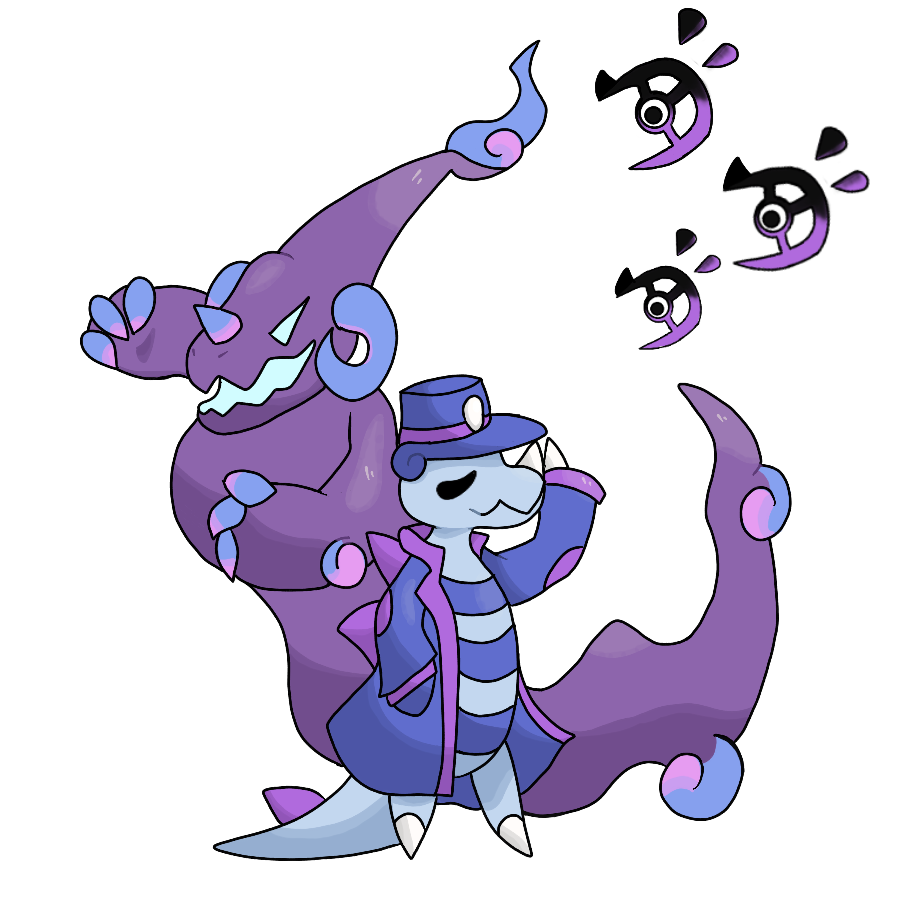 CAP Co-Leader
The CAP Discord server recently wrapped up another art contest! This time, we designed and voted on CAP gijinkas. Here are everyone's amazing designs, ordered by the # of points they got in voting.


In addition, you can see some other designs people made here that weren't put into voting!

Personally, I just want to say that I learned a lot about human character design through this art prompt. It was really motivating to see your designs and figuring out how to compete with them. :)

Edit: For future reference, here is a link to the message on Discord for the start of the contest.
Last edited: Aug 7, 2020

So this was my first time actively attempting to gijinka, and after doing Arghonaut I decided to add a sketch of Cawmodore - then thought, what the hell, let's throw in Naviathan for a third salty seadog. (I'd later realised I'd essentially illustrated a history of naval leaders from left to right.)

Cawmodore for some reason turned out to be the most popular of the CAPtains, and my hand slipped a couple times afterwards. 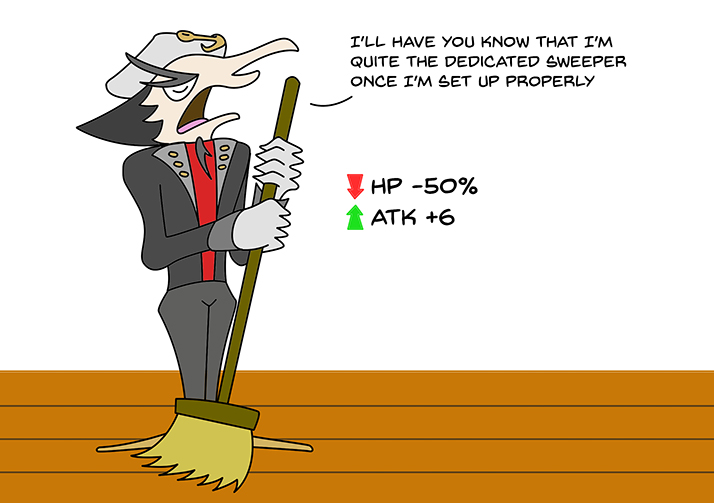 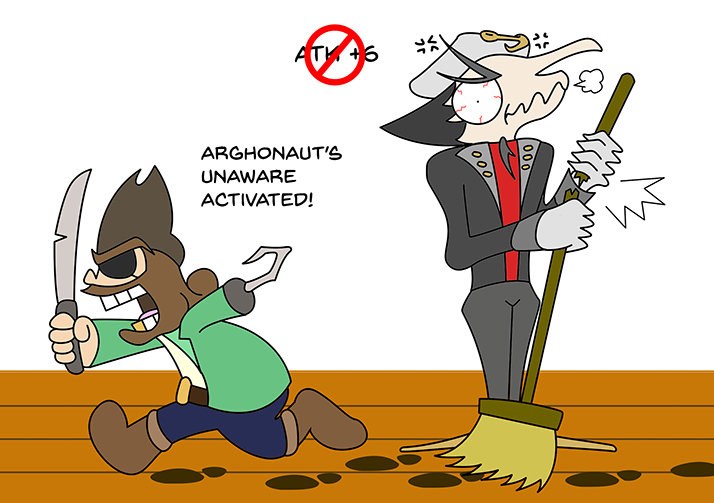 "An episode of The Marvelous Misadventures of Krilowatt" 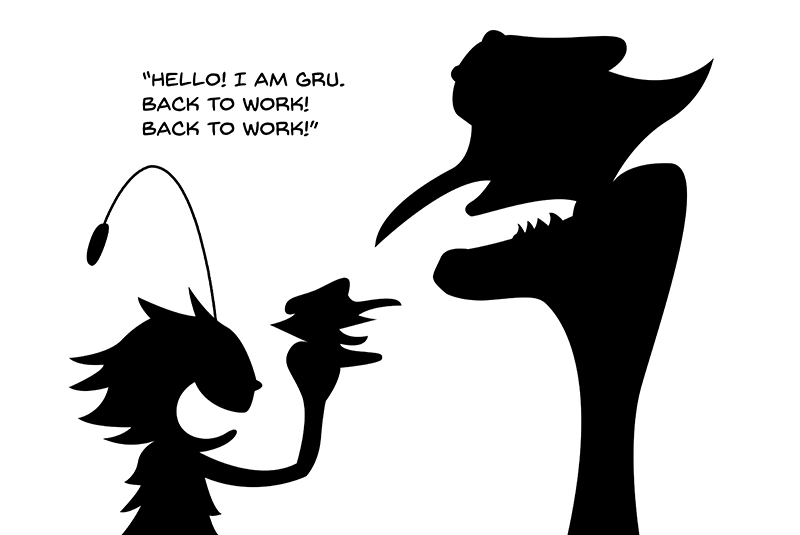 "Where do I start? I suppose I heard about the great CAP 28 just like everybody else. 'Course all I had were two strings to rub together and my trusty steed so I hurried down to apply as a Dragon-type. Gotta say, trying to convince folks I was legit wasn't easy..." "Now of course I could've gotten mad, I know many a feller who don't take kindly to folks disparaging good headwear. But I patched up my dragon puppet as best as I could and hoedowned like I'd never hoedowned before! I had to show that I could be a showstopper, dragon or no dragon." "And knock me down with a Feather Dance, but we were a shoo-in for third place! I was so surprised I nearly got a knot in my spinneret. Course I weren't the only one surprised, and who could blame her? I don't think most folks thought a puppet could be a dragon. Sure I was happy to have made it in - but it also meant that I had to say goodbye to some fine fellers, who I owed my performance to. Made me sadder than a Sobble with a double Special Defence drop." "I like to think these folks still had a lot of fun, despite being worried about how they did. It's a strange thing being on stage, shivering like a Gible eatin' Powder Snow or screaming like a choir of Whismur." "Sometimes I think about those folks and where they might be. I hope they're safe, although there were a few who... well, let's just say I get a little iffy around pancake houses these days..." "The dancing went on and even more fine fellers dropped out of the running. Puppet and I managed to squeeze in at 3rd place again. But that didn't stop the ones who fell by the wayside, oh no. They put up a darn fine performance of charging the light brigade at high noon and snap my strings if it didn't bring a tear to my eye." "And then it happened - we came in 3rd place for a competition for Top 2. We were out on the street and that was that. But you know, I wasn't angry. I wasn't even sad! I was tickled how we came so far and so consistently at 3rd place. Gunspider and hallucigenia and I painted the town red that night. We went to the local watering holes and danced and danced and danced the night away. Competition or no competition, performing was in our blood! I daresay it's in everyone's." "The morning dawned and the moment of truth came. I felt obliged to congratulate the top feller for coming ahead, t'was the polite thing to do." "And of course, there was the belle of the ball who'd somehow become both my rival and sterling example of a showstealer. What else needed to be said? We were performers, and there was only one thing we could do... perform some more." "I know where they went - in the hearts and minds of others where they perform as they please. To spark stories. To shock and awe. To inspire others to walk the path they did." "And that, young'uns, is all I really have to say about that."

CAP Co-Leader
Man, I wish we had Likes enabled on this forum, because I would not be able to give one out to your drawings fast enough! I said this on Discord, but you really have a way with comic timing, dialogue, expressions, and body pose that are on a professional level. I've noticed when comics have a noticeably great script, which includes your comics.

It's really exciting to see fanart of all of these CAP designs. :) Not just for my design, but for all of the designs that made it far! It gives them a legacy even if they didn't win.

Shadowshocker has also inspired me to do some sketches of my own, which I'll post here: Click each thumbnail for the full-size image!

That is the most beautiful and wholesome thing I have seen all week. I swear I was smiling wistfully the entire time. Bravo, good sir! Users Who Are Viewing This Thread (Users: 3, Guests: 3)