Congratulations to these four teams for making it to semifinals! After an unusual three-way tiebreak, the Skitty Committee took the 3rd seed while the Pakistani Phanpys took the 4th seed. As stated in the season's rules, the 1st seed gets to choose between the 3rd and 4th seed for their semifinals matchup. The Taillow Swifts, as the first seed, have opted to face the Skitty Committee. Best of luck to all teams!

YEP after a thrilling tiebreak we have the semifinals of LCPL IX. Of course I will be doing predicts as we look to see which team will prevail into the final.

SS: jake vs. lax Jake has been tearing it up in lcpl as expected and is in my eyes the big favorite here. Lax has had some good matches this lcpl though but I dont think he will catch jake here.
SS: Wail Wailord vs. MZ I think it's safe to say that Wail Wailord has been one of the most terrific players this season being still undefeated this far into the tour. MZ, on the other hand, has failed to make a big impression thus far this season after his good Seasonal.
SS: Wabane vs. Jaajgko We got a real french showdown on our hands here. I think both players are capable of taking the win here but I'm giving it to Wabane as I think he has to show his worth here as retain in playoffs.
SS: ZoroDark vs. Star 2 great players here but I have the feeling Star is really gonna put up a great show here
SM: Mikaav vs. watashi Both players have been one of the best SM players this season and Im definitely looking forward to this one. Mikaav has shown he is capable of getting the win but so has FLCL/watashi. FLCL/watashi had the win in the 1st encounter this season and I think that is what convinced me to bold them here.
XY: Joltage vs. Finchinator Joltage has gotten pretty unlucky this season from what I have seen especially in the last week vs Heysup but he has shown great capabilities and I think he might take it here, even though Finchinator is no pushover by any means.
BW: iss vs. Void I know I havent predicted iss to win much this season but that doesnt mean I think they have no chance here I just think Void has been better.
DPP: TonyFlygon vs. obii Both have been good in dpp but ill just pick obii here to make the score 4-4 so we get another tiebreak :D.

LETS FUCKING GO TAILLOWS LETS GET TO THE FINALS!!!

hey i made predicts

[#1] Taillow Swifts (4) vs. (4) [#3] Skitty Committee
SS: ODR vs. Fille - fille is solid and always has some crazy shit you'd never expect in the back and i think odr is decent but i'm not too familiar with him
SS: Luthier vs. voltix31 - voltix is actually good but luthier was my tutee at one point and i taught him all he knows so as soon as he remembers anything game's over
SS: babyboyblues vs. LilyAC - i've never known what the ac meant please tell me
SS: ima vs. Plas - plas was really nice to me being a complete stranger in ladder until we figured out who the other was and i think this type of people can't morally lose
SM: Serene Grace vs. Osh - this is a great match i think i'm gonna go with osh but i wouldn't be any surprised if serene took it
XY: Corckscrew vs. Kushalos - i think kushalos is quite great at xy and sometimes overlooked
BW: trash vs. KingKdot - i have no idea what to expect from trash at this point but i think he'll use more solid stuff in playoffs at least <:)
DPP: Nails vs. Fantos13 - nails is simply the goat

[#2] Pancham Fam (4) vs. (4) [#4] Pakistani Phanpys
SS: jake vs. lax - jake's probably the best ss in this tour plus he's a very nice tier leader unlike his evil counterpart coconut
SS: Wail Wailord vs. MZ - wail's just been killing it and i'm very happy for him
SS: Wabane vs. Jaajgko - i don't know much these guys but i've liked what i've seen from jaajgko (which is not much tho)
SS: ZoroDark vs. Star - oh my god this is an actual game okay i'll go with star because i haven't taught zoro ss yet
SM: Mikaav vs. watashi - it's just really hard for fooly to lose a pokemon game
XY: Joltage vs. Finchinator - i feel they're about the same level at xy but finch's the overall better pokemon player
BW: iss vs. Void - i really like void at bw but i like iss's approach to the game and i feel like he's much better than his record has showed so far
DPP: TonyFlygon vs. obii - i love both of these guys but tony has the better sken puns

not for levi though i can't stand that dude did you see his week 1 game?

[#2] Pancham Fam (5) vs. (3) [#4] Pakistani Phanpys
SS: jake vs. lax - Really just wanted an upset in my predicts
SS: Wail Wailord vs. MZ - He had the audacity to @ me for even more predicts, don't think MZ (who's actually megazard mbad) is powerful enough to take him down
SS: Wabane vs. Jaajgko - Idk man it's so weird to see French people not using Bouki teams so is difficult to predict, but they both kinda fire
SS: ZoroDark vs. Star - Why didn't you do this well during ekans tho? did we really pass you shitty teams?
SM: Mikaav vs. watashi - As mentioned last week, Mikaav only beats goats and mr weeb is indeed very good at this game
XY: Joltage vs. Finchinator - Does Finch build his own shit for this? Won't change my prediction just curious yk
BW: iss vs. Void - Did you tutor an FB Tyson?
DPP: TonyFlygon vs. obii - O' biin on a roll, but Tony is pretty fly (For being a white guy that is)

SS: ODR vs. Fille - fille is good at lc but i think odr is very good at pokemon
SS: Luthier vs. voltix31 - luthiers been quite bad but i still think he can do it when it counts, lets see '-'
SS: babyboyblues vs. LilyAC - highlight game i think lily is a lot better but thats mainly because she is very good while bbb is only good.
SS: ima vs. Plas - plas is good
SM: Serene Grace vs. Osh - i think serene is a bit better
XY: Corckscrew vs. Kushalos - as ive said on my rankings, i think kushalos is easily the best player to ever touch oras lc.
BW: trash vs. KingKdot - trash is very good the other guy seems bad
DPP: Nails vs. Fantos13 - nails looks better

SS: jake vs. lax - lax is a better pokemon player but i think jake is an amazing little cuper
SS: Wail Wailord vs. MZ - wail wailowrd has a nice record and even though the lc elite says he only played FARMS i think he deserves this bold. he is a cute guy, too.
SS: Wabane vs. Jaajgko - simply looks better '-'
SS: ZoroDark vs. Star - i think hes better
SM: Mikaav vs. watashi - flcl is a very good pokemon player and seems to always do well in little cup
XY: Joltage vs. Finchinator - i think with star teams finch is better '-'
BW: iss vs. Void - void is good at bwlc and he uses good teams. iss doenst look that good and he uses weird teams
DPP: TonyFlygon vs. obii - i dont know

good luck everybody, i am rooting for the serenes or the lilyacs i think they are both very good teams with good people =] 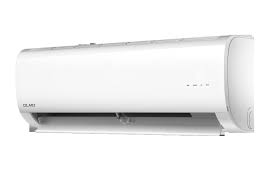 really chill shadow? not a fan