ORAS OU Like a fable- The Dragon and the Princess

Like a Fable-The Dragon and the Pricess
​
Introduction: Hi Somogn, I'm Mold Breaker. For first sorry for my english, i'm an Italian player and i don't speak it well.
I Think that Mega Charizard Y is one of the best mega in the meta, it have an amazing coverage in Fire-Grass-Fight attack an a fantastic speed tier, it also have drought to boost his Fire Blast in a insane powered moove.
So, i've decided to build a team around this fantastic mega.

I've started to build this team around it so it was my first pokemon. I've nothing to say about it that i haven't already mentioned in the introduction.

My second choice was latios. I want to build an offensive team and i need a defogger that can remove SR for charizard; latios is one of the best offensive defogger in the entire OU tier and it can check mega venusaur and rotom-W to help charizard's sweep.

Now i need someone to remove opponents latwins, in particoular i need a pursuit trapper so Bisharp come in.
It is the most used and standard pursuit trapper in the OU tier

I have some trouble with stall team and bulky water mons in general so i've added Serperior.
Serperior help me really A LOT, despite his common weakness to fire and ice it is a fantastic offensive mon. It have access to glare to paralyze mons that can revenge kill or outspeed Charizard and after a boost it hit hard like a truck.

In the last slot i've put keldeo that is my answer to opposing bisharp and chansey/blissey.
It is also a good stallbreaker

After some tests i've switched bisharp for tyranitar because it give me a check for AV goodra and for flyspam, it also is a better revenge killer and have more offensive pressure

Hippowdon was too passive and lack of offensive presence so i've switch it for azumaril, a poke that can take some hit by dragonite, charizard X and lopunny and retaliate hard with his strong attack stat

But i really need a SR setter so i have placed in the fourth slot a Defensive diancie, it can take more hit than azumarill and retaliate hard as well (and it can place SR)

Latias over latios because i think that Healing wish is a lot useful but i'm not sure about this change. 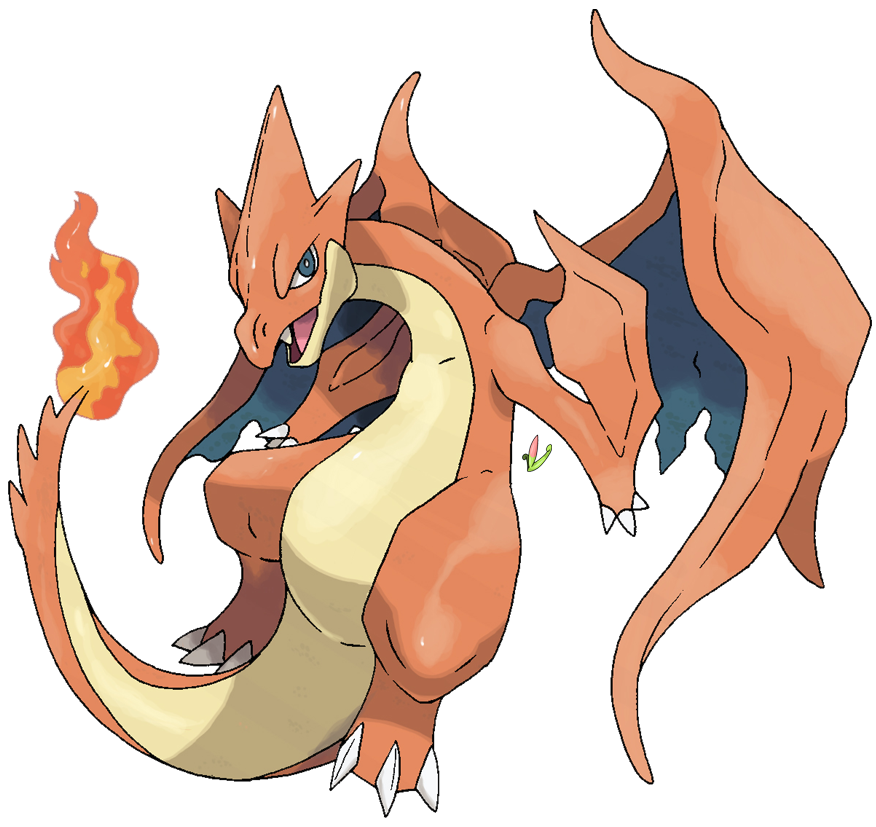 Standard charizard Y, it is timid and not modest because now in OU have a good speed tier is essential for an offensive mon.
Fire blast is for maximize the power output (i prefer it to flamethrower if the nature is Timid).
Solar beam in sun is a fantastic coverage moove against anything that is weak to grass (for expemple rotom-W)
Focus blast is for complete the coverege, it can hit hard tyranitar in the switch in.
Roost is for longevity and for heal up some damage caused by the SR. 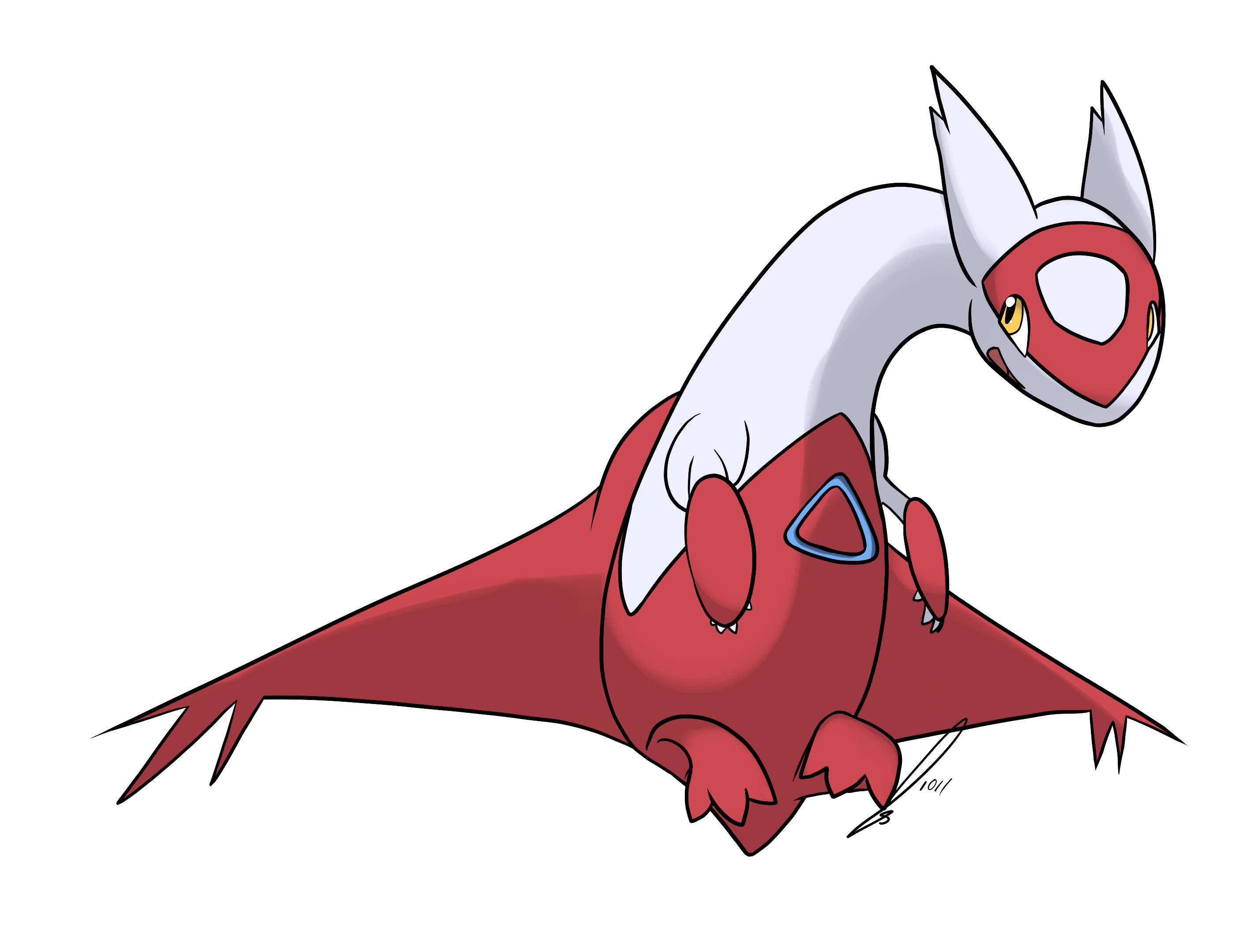 Another standard mon, 72 Evs on HP are for resist one HP ice by thundurus and hit back with a powerful draco meteor.
Draco meteor are the standard moove when you are against a rotom-w or anything that doasn't resist it.
Psyshock is another powerful stab that can hit hard things like venusaur and amoongus,
Defog is for defog lol.
Healing wish help me to mantain in a health state an important mon of the match. 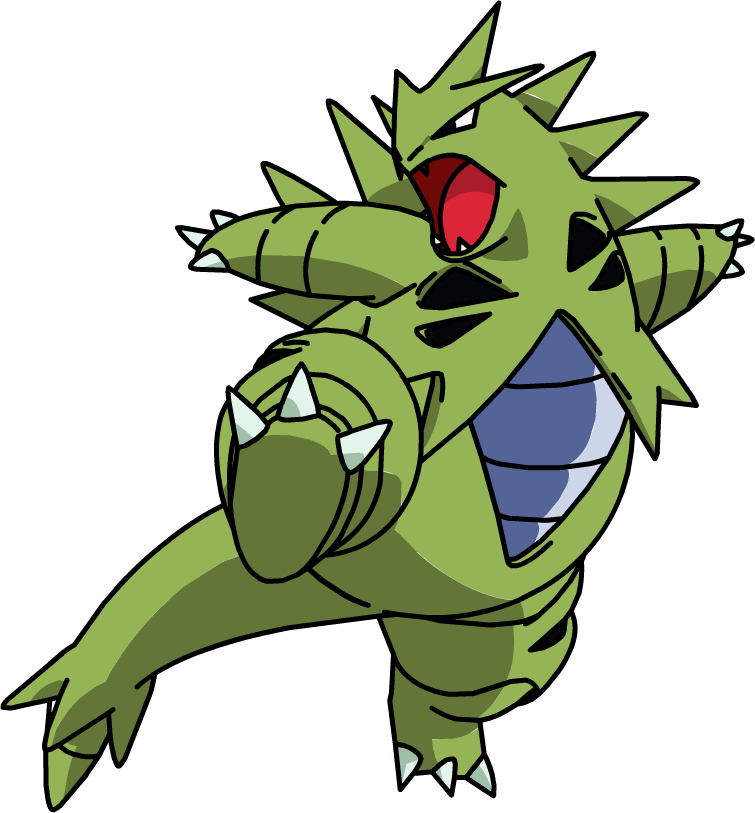 Scarf tyranitar is my pursuit trapper and revenge killer.
Sand stream is extremely useful to make me able to re-set the sun with Zard and have 5 turn to sweep with it.
Pursuit can trap latwins and gengar with ease, stone edge stop the fly spam and can revenge kill opposing charizard-Y.
Superpower over crunch because i haven't used it so much and IB is more useful to check annoyng dragon types such as dragonite and garchomp.
Superpower is for coverage against opposing tyranitar, ferrothorn, heatran and also help to eliminate some chansey/blissey 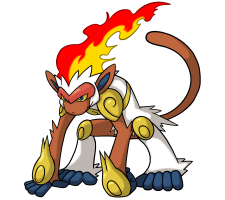 Choice band infernape work well as an hit and run sweeper/revenge killer.
Close combat is the primary stab and it's pricipally used to destroy some chansey/blissey and some heatrans.
Fire blitz is the secondary stab, not so useful but hit really hard, in sun it is insane, it can destroy some specially defensive fairy pokemon like florgess or specially defensive clefable.
Mach punch is an important stab with priority used to kill opposite pursuitter like scarf tyranitar or bisharp that can trap the mine latias and prevent a defog.
U-turn is an useful move, infernape can lure opposing latwins and use u-turn to launch tyranitar and trap them. 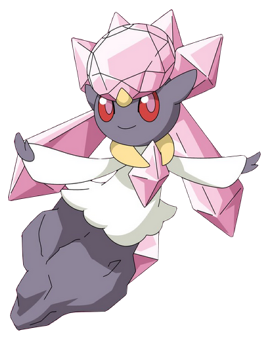 I think it is an UU set but it work incredibly well in this team.
The role of this mon is to handle with physical attacker like dragonite, charizard X and mega lopunny, it can take:
6hko by lopunny's return
3hko by +1 charizard X's fire blitz
3hko by dragonite's EQ
It can also retaliate hard, it make:
2hko with moonblast/diamond storm to Charizard X.
2hko with diamond storm to dragonite with multiscale (without it i think it can make an OHKO)
2hko with moonblast to Mega lopunny.
Stealth rocks are for entry hazards that are essential for an offensive team.
Protect is for scout some scarf tyranitar/garchomp/heatran.

Thanks Ha In Kang for the advice 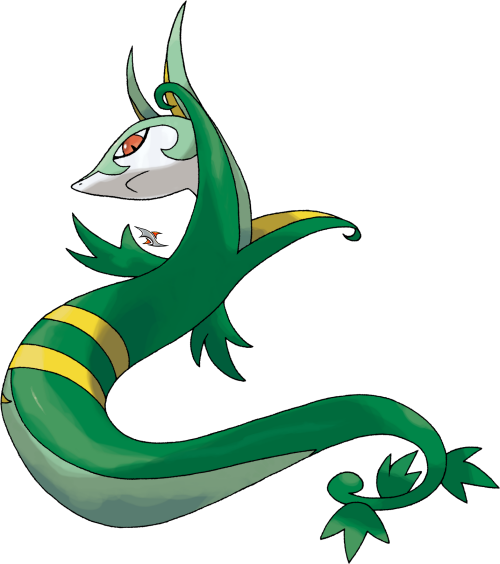 Max speed and SAtk are to maximize its wallbreaking power, with an amazing combo of contrary and leaf storm it can punch holes in a lot of unprepared team.
Leaf storm is the main stab and it can boost the SAtk by two stage thanks to contrary.
Giga drain is for guarntee a form of recovery and it is also a good backup stab moove with 100x100 accurancy.
HP rock are for hit hard Opposing talonflame and charizard y in the switch in .
Glare is to paralyze mons that are more fast than Charizard Y and for help his sweep.

Thanks for reading this RMT that was write in an orrible english, have a nice day

I wouldn't use Hidden Power Rock if I were you, it's too reliant on prediction and Hidden Power Fire over Hidden Power Rock hits targets like Scizor much more reliably without you resorting to Zard-Y. You already have Tyranitar and Diancie for Talonflame and Zard-X, and Latias can take anything from standard Zard-Y.

Thanks for the advice Adiane , HP fire works well

Hi, Mold.Breaker. Nice team. Based on double sun or weather always look solid. Instead this has original things like Diancie Stealth Rocks, I like it. Infernape not see much less so, but I mention it because neither lacks originality and creativity. I imagine that with enough speed and power will help opening holes or acting Revenge priority killer. By the way, for this year in the forum and have few messages has been like a nice presentation. Good color the title. Now, moving on to what I really wanted to get in my case ... I could provide a little help from 3 possible changes which may well improve the performance of the team. It is true that would be less original, but perhaps more effective. You are free, the one who decides in the end. My main idea focuses on that Diancie. Garchomp is one of the few to give you some trouble. Substituting this and putting in place Clefable you have more controlled, and not lose the most important movement Stealth Rocks. You stab recovery method to kill dragons and more safely. Well, that said, my second change would Ferrothorn by Serperior. I am aware that this may change perhaps can be given as it is more fragile than the other and just fits well. But Gardevoir Mega, Mega and other Metagross can give you a scare, so I had thought Ferrothon. In this way we also have effectiveness rain gear, I'm not sure if they are still but you never know. It fits well and has good synergy with the team. Covers almost all the holes with. The consequences of the entry Ferrothorn your team is well predictable, the type and fire fighting in general. Terrakion, Charizard X. No problem. That's what I thought of a third and final reliable solution. Put a Gliscor in your life. In this case I think is the one. All that fear Ferrothorn, Gliscor sports. Even so hateful Magnezone. This will give more stability. I tried to be as brief as I can with this. I'm not expand things. Without further ado, I'll help with sets designed for each. Here we go.

Okay, that's all. I hope you liked it in and it goes well. A greeting.

Hi Ha In Kang sorry for my late.
I really like clefable, thanks!
I prefer Serperior to Ferrothorn and Gliscor because with theese two i'll be too passive and slow.
Thanks for the suggestions.

Hi Mold Breaker! I really like your team and its originality, but it would appear to struggle with Excadrill (or any other fast and strong Pokemon with EdgeQuake) a little bit. Excadrill in the Sand that your Tyranitar sets up, or scarfed Excadrill, can rip large holes in your team. I've included some calcs down below.

Keep in mind that all of these calcs assume that Excadrill is either in the sand or Choice Scarfed. Also keep in mind that all the Pokemon except for Superpower Ttar (who less likely than not 2HKO'd by Excadrill) 2HKO Excadrill with any of the moves you have listed. What I recommend to counter or at least check this threat is removing Infernape from your team and replacing it with either:

You can use either Landorus or Rotom, with Lando taking more of an offensive role on the team and Rotom taking more of a Utility role with Will-O-Wisp and Volt Switch, which can be used to switch in Charizard Y or Tyranitar. However, Mold Breaker Excadrill can 2HKO the Rotom set I provided. Just some food for thought. Also remember that you don't have to change anything about your team Overall, I really enjoy your team and especially your presentation. Have fun battling!

Good morning Millionsunz , thank you for the advice and for the support.
I'm afraid but i'll still using Infernape.
It's a very important member for deal with Blobs and pursuit trapper (Wevile).
So, i know excadrill is a threat, that mean i have to play more carefully around it an do tactical sac.
You must log in or register to reply here.
Share:
Reddit Pinterest Tumblr WhatsApp Email Link