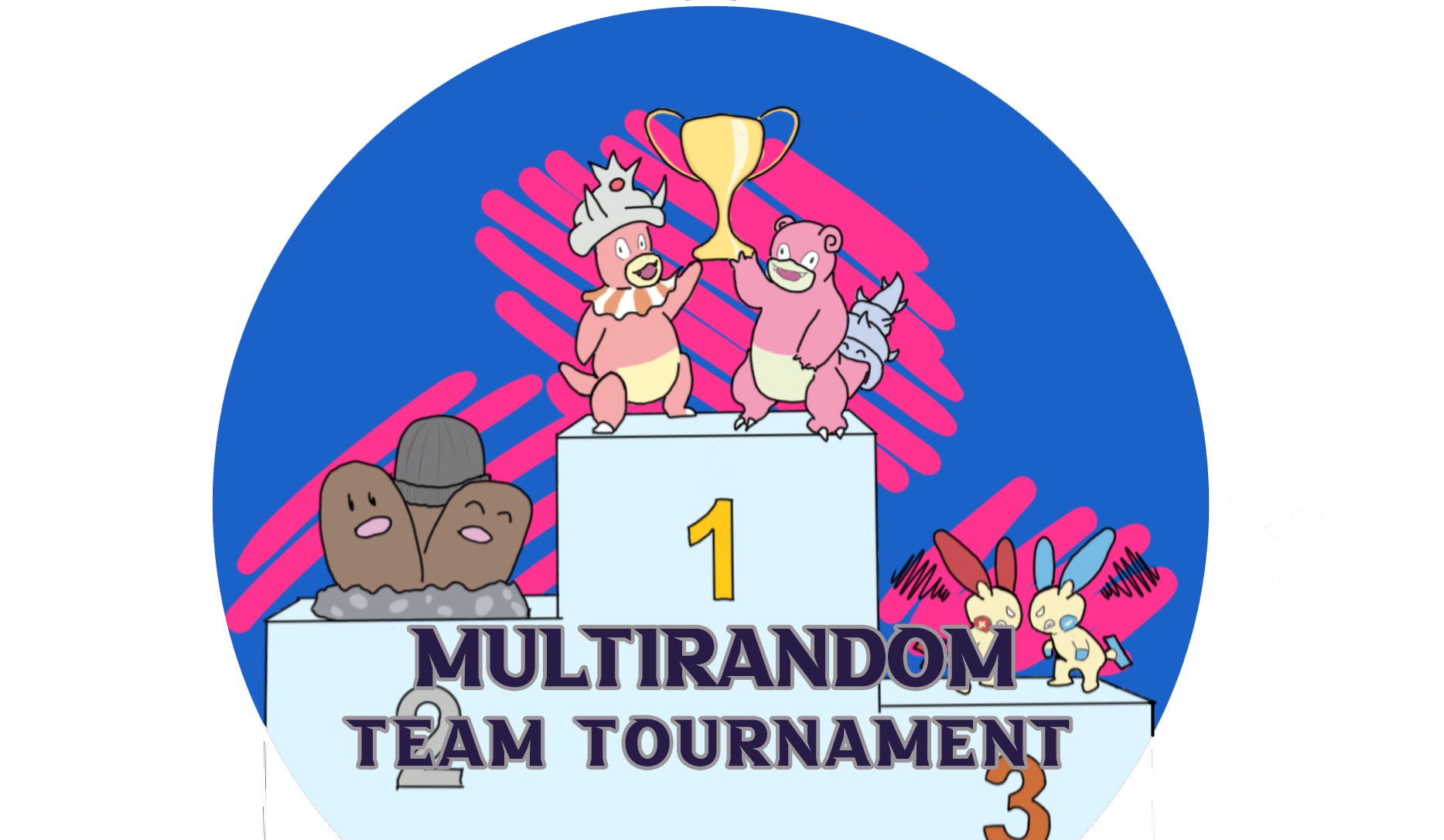 art by Lartedipissog, pls be nice to him

Welcome to the first tourn of Multirandom Team Tour! This is a just-for-fun tournament where every week, players in team of two will test their chemistry playing against another team

Every round will be best of three in the new amazing tier 2v2 [Gen 8] Multi Random Battle, so first team to get two wins pass to the next round.
While there isn't officially a prize, you can always get the satisfaction of saying your partner "told ya"

General Rules:
Important: you can talk with your teammate in personal chat, but remember the timer can always be activated and loss because of it can't be appealed.


Deadline is Sunday 25, July.
For the ones who hasn't finished R4 yet, is 21 Wednesday, July. (pls finish it asap)​
Good luck

finals round? what does that mean? is this the final round? or does this mean we start the quarter finals?

It means that next rounds will be posted in this thread, the tour will cointinue normally

Won in 2 vs the goal diggers

Predicts while I'm at it

ps: sorry to spoil ur predicts already Trade but thats what u get for predicting against us ;)

AIM-mate Vs Gm
32 Idiot Vs Agensea
​
Deadline is Sunday 1, August.
For the ones who hasn't finished R5 yet, is 28 Wednesday, July.

give ron's team the win. Apparently a small fire in the complex is not enough for them to move their break. Don't think I wouldve been in the right state of mind to play anyway

fk was really looking forward to see this one :(

I'm sorry about what happened and I hope everything is fine Trade.
We already knew that scheduling in four was not easy but let's see forward next games
Last edited: Jul 27, 2021

Gm Vs Agensea​
Good luck to finalist teams and thanks for playing to everyone else, I hope you enjoyed the tour.

Let us know when you are playing

ggs all, was fun ty for hosting!