* U-turn makes Rillaboom a fantastic piviot, and can maintain momentum against common checks such as Toxapex and Corviknight.

* Knock Off not only has utility in destroying items, but also hits several important foes that Grass-type coverage doesn't hit, such as Cinderace and Dragapult.

* Wood Hammer may have redundent coverage, but it has an astounding amount of power compared to Grassy Glide, with even bulky foes like Toxapex and Porygon2 taking over 50%, and 2x resistances still taking a massive amount of damage.

* Superpower is Rillaboom's most powerful attack against Ferrothorn, though the Attack and Defense drop can be troublesome.

* Rillaboom should always use its Gigantamax forme, since this will turn any Grass-type attack into a powerful 160 BP STAB that ignores Disguise. Since Grassy Surge already sets up Grassy Terrain, Dynamax Rillaboom is fairly useless in comparison.

* An Adamant nature and maximum HP give Rillaboom a good amount of bulk, but consider Jolly and maximum Speed for outspeeding Gyarados, and speed tying with opposing Rillaboom at worst.

* Grassy Glide's priority under Grassy Terrain makes it a requirement on Rillaboom.

* Knock Off hits several foes that Grassy Glide doesn't cover, such as Dragapult and Cinderace, in additon to removing opposing items.

* Drum Beating may not provide additonal coverage, but the Speed drop it provides is great for general support, and punishing frailer switch-ins such as Cinderace and Volcarona.

* High Horsepower is Rillaboom's best move against Magnezone and Dracozolt, and it also provides a very useful Special Defense boost when Gigantamaxed.

* U-turn makes Rillaboom a fantastic pivot, and does a wonderful job of gaining momentum against defensive checks like Corviknight.

* Acrobatics allows Rillaboom to get the valuable Max Airstream while Gigantamaxed, and is a powerful tool against opposing Rillaboom when used with Grassy Seed.

* Rillaboom's Gigantamax forme should always be used, since the powerful 160 BP STAB and ignoring Disguise are far too valuable to give up. Grassy Surge already sets up Grassy Terrain, making Rillaboom's regular forme useless.

* Despite Rillaboom's bulk, Focus Sash letting Rillaboom survive one powerful attack can change the flow of the game.

* Miracle Seed gives Rillaboom a useful boost for its Grass-type attacks, without the bulk-reducing consequences of Life Orb.

* With maximum Speed and Jolly, Rillaboom speedties with opposing Rillaboom at worse, and outspeeds important foes such as Gyarados and neutral nature Rotom-A. This also allows Rillaboom to outspeed Inflitrator Dragapult if it's been hit with Drum Beating or Max Airstream.

* If more bulk is needed, Rillaboom has a wide variety of Speed benchmarks to consider. 28 Speed EVs is the minimum amount needed with an Adamant nature to outspeed Jolly Mimikyu.

* 52 Speed EVs with an Adamant nature is required to outspeed Volcarona and Charizard after a Speed drop from Drum Beating.

Rillaboom best two defensive checks are Corviknight and Skarmory, so those two should always be prepared for. Flying-types and Fire-types in general are also problematic checks for Rillaboom that needed to be addressed.

Has the added benefit of also outspeeding the mon in your avatar, which is probably why he chose that benchmark. If only for mimikyu, you are right.

I have been using Focus Sash in anticipation of Grassy Glide release. This is currently what I am using and I plan to replace Taunt with Grassy Glide. Superpower has been not been too useful and should probably be U-turn but I need to play more games to see.

Moderator
This analysis is now 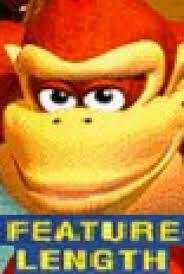 So, I made massive changes to this to match how the metagame has gone this month.

-CB hasn't changed too much beyond the obvious Grassy Glide stuff, but I did put in High Horsepower, which seems to have had a pretty big uptick in usage lately.

- No more subseed, that thing's usage tanked cuz its hard to pass up on the offensive power lol.

-I currently don't have AV in, but it does have 9% usage. I'm thinking if we put AV in, it's either gonna be slashed over Miracle Seed, or get its own set with a more customized EV spread.

-I put in a bunch of speed benchmarks for the general offensive set.

I think Adamant should be the first nature on the non-Choiced set, especially since Drum Beating is a slashed move. Also I feel if you are running Swords Dance, you can really run any three of Acrobatics, High Horsepower, Knock Off, Drain Punch, but I am not sure how to change up the slashes to better reflect that.

With Grassy Seed you can live some pretty powerful attacks, which might be worth specifically pointed out even though you already hint at it with the speed benchmarks bulletpoint. After the Defense boost, 4 HP / 172 Def lets Rillaboom live a Jolly Life Orb Pyro Ball from Cinderace 15/16 times.

There are not that many interesting speed benchmarks to hit when running Adamant if you forgo Drum Beating. Going to Speed stat of 128 for neutral Base 75s can be worthwhile. After the season ends, there will probably be more interesting spreads.

So, this looks pretty good.

I'd recommend adding a third set with Assault Vest on its own, or at the very least slash AV over miracle seed for the third slot. Its the legacy set and has slightly more usage than Miracle seed atm. Since Rillaboom is an S mon now, its certainly worthy of a third set imo. Something like this