Now that we're mathematically out, time for some apologies and random thoughts (sorry for the cringe post Ojama, forgive me mentor) :
I'm really disappointed with how this season went. In my obviously biaised opinion, we had the best team on paper even before we drafted Lftz at midseason. Most of us underperformed, and me before anyone else. I cost a lot of money and got the trust from my managers and team mates before I even knew my first opponent but during the first half of the season, I couldn't bring a single point to thank them. Now that I'm feeling more confident in this tour, it's over so the following weeks will have a bitter taste.

After loosing against Kanto, I felt super embarassed because I choked incredibly hard a game that was won if I played safely. Many negative thoughts wandered through my mind after that : I'm not good enough for that tour, I'm being a burden for the team... What I want to say is that this SPL showed me that to become a really good player, pokemon skill is not enough and being solid mentally is essential. Playing games at such a high pressure is something I only did a few times before, so I'm glad I lived this experience in a team with dedicated managers and mates. After I lost against GTM almost everyone in the team sent me a message to tell me not to give up. I owe you one guys, I don't know how I'll make up for your trust but I will. I'd like to thank obii, Phil and Ojama for drafting me in the first place, again I'm really sorry (for real I'm feeling like shit even if I won that last match). Ojama, I know you put a lot of effort to transform me into a better player and I'll do my best to show you it wasn't worth nothing one day (hopefully for next wcop).

I'll keep a slew of memories with you guys : Feli's groceries, obii and Go10's chats about islam, elodin's festival adventures, Prinz's diary filled with dbs and cute pictures, FV pulling tantrums about his college applications, Phil saying "bs french" after boud and go10 forgot they weren't on the team france discord, Flo and Ojama debating about hxh, giara using his extensive academic knowledge to catch luvdiscs on pokemon go instead of building, Eternally being in the future thanks to his godly gmt, Milkman being aware of everything happening in the other's games while no one could understand what was happening in his, Lcans sharing obii's spanish skills to the world, Leftiez summoning his guadeloupean internet at the worst moment... also s/o to my heatrans for getting sacked everyweek, who needs a japanese version of Casimir anyway

Even if we're out, we'll play the following weeks seriously, don't count on us for being bad sports!

damn in a game played by toxic scumlords like myself and many others its nice to see youngins be introspective and humble and actually care bout competition. keep the spirit of camaraderie and friendship alive in this game. good sport and good organization (we esports) on the scoots part. good read good read rare to have a feelgood moment in this shit ass game
although

Mounts said:
we had the best team on paper even before we drafted Lftz at midseason. Most of us underperformed
Click to expand...

somehow managed to pull one out vs asta.

gg man it was a pleasure.

there is only one king

Took it home vs my longtime pal ChillShadow.

Golisopod is the future btw

Lost, switching my specs to wide lens I think, gg.

After a freeze, some lag issues and an important crit... I brought it home

btw this is MY team. Idk how did it get into the Cryos chat, but I want some copyright.

I was watching Trosko vs Axel10, and it's quite clear that the timer on PS isn't functioning as intended. Despite moving quickly, the timer keeps resetting at 10 seconds or 5 seconds. ABR rightfully turned off the timer in this scenario.

Many players can and will attest to the lag on SmogTours lately. Leftiez did not even notice he timed out for a good 16 seconds after it happened, due to server lag. ABR requested proof that Leftiez lagged, but that's impossible to do, and not the right approach. If games like Trosko vs Axel10 show proof that the PS timer is malfunctioning, then the onus is on the TDs to prove that it's not happening in all other games, rather than assume it's functioning correctly.

Additionally, after testing the timer right now, it seems you get 10 seconds per move, which starts counting down pre-move animation. In other words, you're really only getting +5 seconds for every move made, which is arguably not enough time, even if you're playing fast. This needs to be re-evaluated. After trying to look into timer rules and reasoning behind its current implementation, we can't find any public documentation. The timer rule is therefore unclear and needs to be ironed out better. Even ABR, a TD, thought timer was supposed to give 15 seconds per turn.

The point of this game is to show who can prepare for, and outplay their opponents. It's not to see who can avoid PS lag the most and escape a time out loss. In the spirit of letting battling determine the outcome of official tournament games, rather than server lag, we feel a recreation is fair and reasonable.

I know there is general TD fear of slippery slope arguments these days. But the point of TDs are to make subjective and fair rulings in difficult situations. Scenarios like these are the reason we have humans for TDs, who can take a look at a situation and make a call that the game did not time out from nefarious actions on Leftiez's part. It timed out due to server lag and poor timer implementation to begin with. We hope the TDs rule in favor of letting Pokémon games play to their conclusion within reason.

I FEEL INFINITE • From Quebec 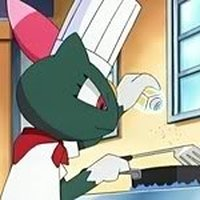 anecdotally, I thought my timer was going down awfully fast in my game even though I was actually moving pretty quickly for the most part

won vs bro fist in a shitty game

i really wanted this game to happen for a long time, i spent the entire week struggling to prepare for this game because i didn't want to blow it and then i end up lucking to shit in a game that would have been real good otherwise, feel super disappointed with that game. i do hope we can play a cleaner game in the future though, gg i guess

he had some computer issues and needed to reschedule like an hour before. I could accomodate so I accepted playing an hour after the original time. I was online 15 minutes before the originally scheduled time and have remained online until now. it's been 15 minutes since the time we rescheduled to and he's not online anymore. I can't wait anymore and I'm taking a nap now.

I choked my 96% win, and went for the 87%, this game was totally ass for both parts, idk why ppl enjoy this kind of games.
w/e, so sorry sharks, my mind crashed when i saw abr switchin his diancie back, now ik is not bulkyrona, but i should think about that and np again.
Well, i think you fail you learn, is important stay relaxed in this situations.

ggs bigs, kind of a messy end but hf in future weeks

BW Circuit Champion
you sure do, ggs tigers. next week we'll get 2 bigs!