Thank you TDs for acting promptly and accurately regarding John W vs Ewin.

That said, can John put the W in his name? He went through the usual motions of preparing and playing a game, everything proper on his end. He lost only because of circumstances outside of his control.

I know in the past cheated games have been nullified, but why? I also think it’s very fair to say Ewin’s slot is deserving of a loss there.

Do not hax me or you will be tournament banned. You have been warned

Thx to L. Lawliet, WoF and $wagalejandrothepr0 for the emotional support! 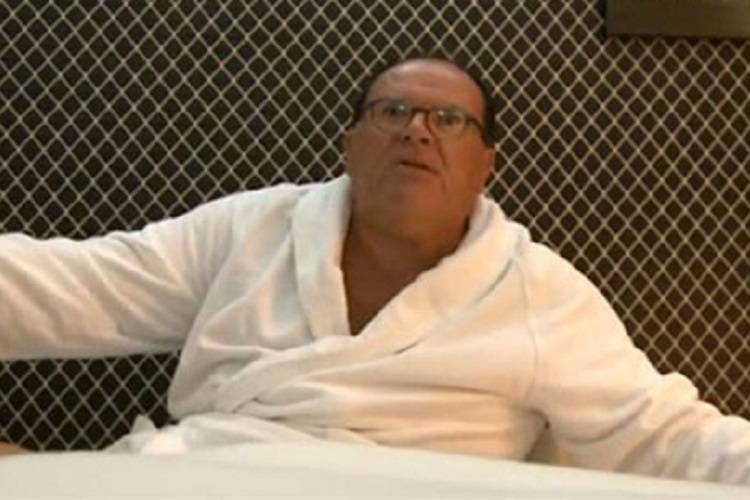 Eternal Spirit said:
LMFAO THATS WHAT YOU GET FOR CANCERING AROUND WITH MY PLAYERS YOU FUCKING PIECE OF ELEPHANT VOMIT LOLOLOLO GET OWNED BY THE IMAS KARMA
Click to expand...

https://replay.pokemonshowdown.com/smogtours-gen8ou-517373 is my turn coming too? ._.

NU Leader
star and void were originally scheduled for 2PM GMT -4 when void told him he had to reschedule. star then informed him that the time range he could play would be 2-6PM GMT -4. void subsequently said he would try to make that range. star also went ahead and informed voids manager analytic that he wanted a sub by 5PM GMT-4, as he did not want to start any later since he had a hard deadline at 6PM. he also did this at 3PM his time, so analytic had plenty of time to plan for / get a sub on before the deadline he was provided. there has been no sub provided, so we are calling for an act win based on the screenshots. 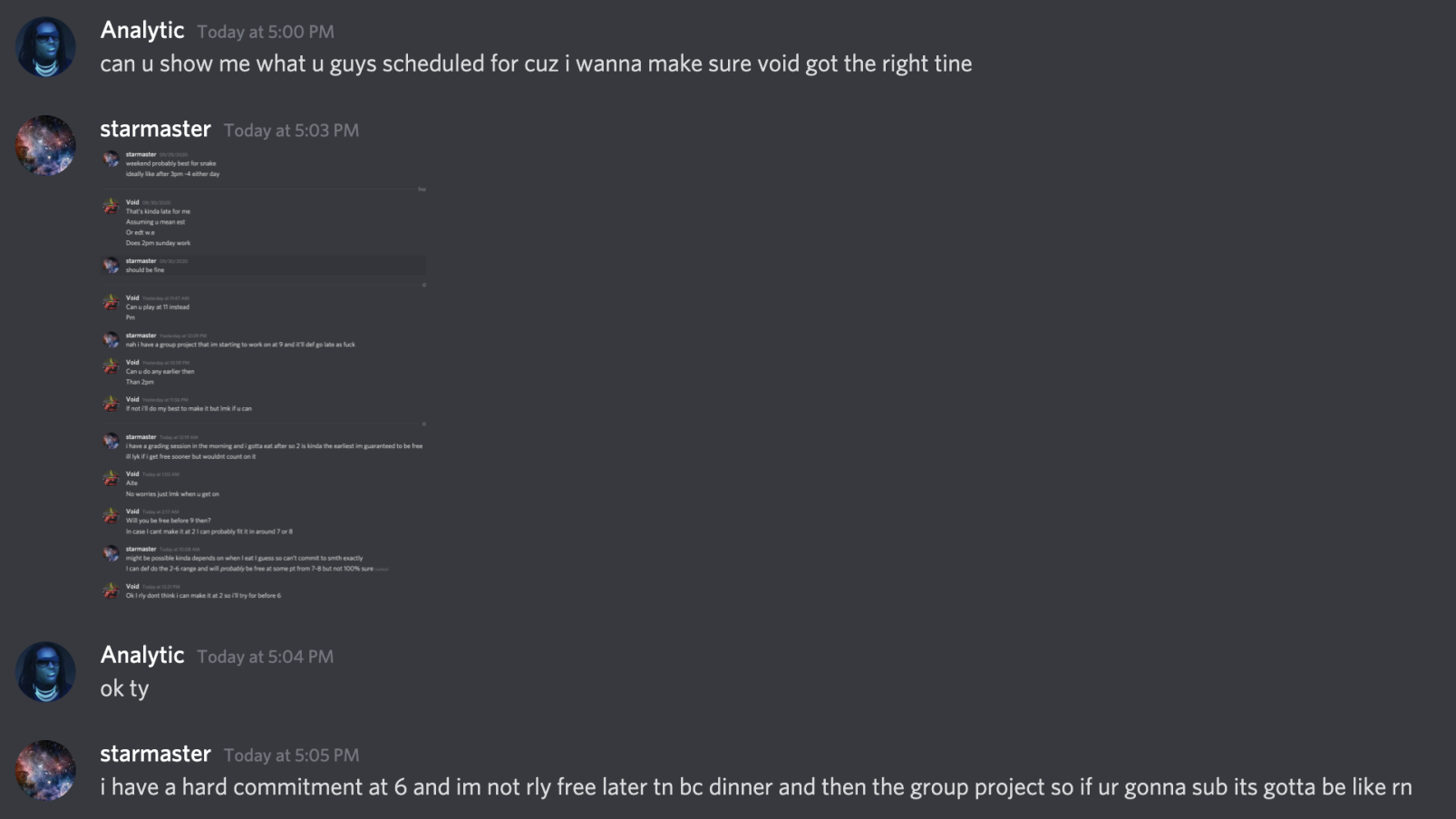 I have won against samqian, gg. 4 MORE TO 8-3! LETS FUCKING GO BAKERS!
(sorry for twave miss) (sorry for triple posting on this thread)

rozes: we're clearly trying to get the star game done. we subbed someone in 41 minutes before the 6pm est deadline star imposed, and almost immediately after you made the post. star said he "needed a sub rn" and we got one in 10 minutes, you cant get too much faster than that.

this is especially true given that we are a team that is a few players down & already had to make one sub this week. we're doing our best! your team very clearly is not. avoiding any risk that star would lose by making an activity claim and having him hop offline before the deadline is the opposite of what we're doing: trying our best to get a vaguely scheduled game done.

concerning the claim of void missing 2pm as grounds for an activity win, i feel like the 2pm time:
1) wasnt established far enough in advance; they were figuring out the time today, as shown in screenshots (rozes accurately pointed out that they settled on this on 9/30 -- my bad!)
2) was never given with enough specificity. star gave a range of 2-6, not just 2pm, so calling activity before 6pm est seems baseless. him saying 'id wanna start by 5pm' isnt enough grounds for an activity win, especially when that was said just 2 hours before 5pm (and at, like, 3am for void). we aren't obligated to cater to star's preferences; neither was he, as you could see by him not ceding to void's preference that they play before 2pm.

and again, we subbed someone in within the initial range! but yall dipped. im not sure why but if i had to go ahead and take one guess it would be so that you could get an activity win before the end of his provided time. However I know the highly esteemed honor code shared by all of us smogon users would surely prevent you from pulling a trick like that

i also know that star, the 5th overall pick, would surely be favored in a matchup against anyone we would be able to sub in. i know from personal experience that he is a very talented player. making him go offline to avoid the chance of him losing seems very cowardly to me. you drafted him first overall, why not trust him to get the win your team needs?

please have your first overall pick play the game rather than trying to tie the week off of a baseless activity claim. in fact, the dubious nature of this claim leads me to believe that if this game isn't done it would probably be a deadgame, making us win the week. therefore, getting this done is also in your interest.
Last edited: Oct 4, 2020

Claiming activity for the Ewin game. It's pretty nonsensical that I can't get a chance to save my teams season because a dude cheated while the Lindworms get the win for the week if this is a dead game. (I've already waited an hour and would have to play on mobile anyway)
Last edited: Oct 4, 2020

won gg s/o Averardo Riccio and LuckOverSkill for the support

happy birthday bea, stop being drunk on your games tho idiot
umbreon098 hey umbrita no jokes!