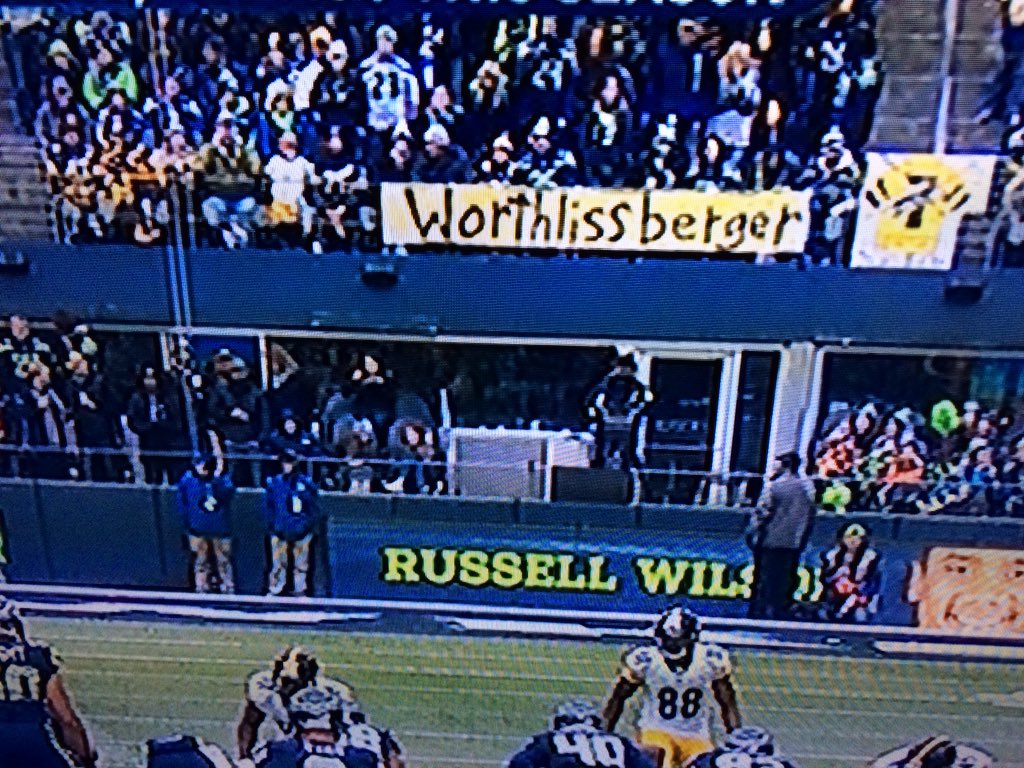 some hero said:
Oh joy what a wonderful thanksgiving day that was! The Lions, Panthers and Giants all won! Ha but seriously this sunday the Giants can essentially clinch the division when they beat the skins. Yesterday two teams in the NFC East lost any chance at the division title. The boys are 3-8 and without romo, they'll probably win one more game. The Eggs are 4-7 with their next game being at Patriots, and since the patriots are going to lose this week and it's impossible for them to lose two in a row we can just go ahead and put them at 4-8. Then they have to play the cards and they have never beaten the cards since like ever so that's at least 4-9, and let's not forget that they suck balls so really it'll be a miracle if they win another game. Now the skins are the only team that can threaten the giants but not if the giants beat them this week leaving them at 4-7 with head to head tie breakers over them.

So really, the Giants are no different than the Broncos, Bengals, Cardinals and Patriots in that they'll clinch the division in week 12. Elite teams just get it done as soon as possible.
Click to expand...

some hero said:
the Giants can essentially clinch the division when they beat the skins.
Click to expand...

some hero said:
when they beat the skins.
Click to expand...

some hero said:
Calm down ya'll. I ain't worried. I did say that i doubted the Giants could get to 8-8 and that the Giants would back into the playoffs. Nothing i didn't expect. Other teams will take care of the skins, Giants got this.
Click to expand...

So really, the Giants are no different than the Broncos, Bengals, Cardinals and Patriots in that they'll clinch the division in week 12. Elite teams just get it done as soon as possible.
Click to expand...

can we have an NFL thread with some hero and another nfl thread without him?

Moderator
Seattle refs tryna win the game for them. Better to be lucky than good I guess

so the refs give sherman an int by not calling interference and then decide that pushing a guy in bounds right as he gives himself up is a late hit.

Earlier they decided that batting a ball sidewaysout of bounds on an onsides kick is legal. refs are overrated.

edits: thoughts and prayers to Graham, he likely tore his ACL on that play.

Moderator
fuck seattle and their refs. That whole game was bullshit, Sherman had about 14 illegal contacts that were not called, and that decided the game. They got dominated and literally handed the game by fluky ass interceptions and poor referee calling. Disgusting.

I've no sympathy for the Steelers when it comes to the refs. At least you guys still have playoff hopes regardless, Dallas died on Thursday. :( which sucks because loliggleslolgiants would've lined up perfectly for them too

Will Keshawn Martin have 2 or 3 touchdowns tonight?

I'm Leaning towards the latter myself.

The Steelers also screwed themselves when they went for a field goal on 4th and goal with 3 minutes left, down five points ffs.

I always think teams should go for it on 4th and goal if it's short, especially if they're losing by 3+. Even if you fail, the extra ~20 yards of field position (compared to what the opponent would get after FG + kickoff) are worth about 2 points on their own, and there's also that chance of a safety.

Then it really screwed Pittsburgh after they gave up that TD, making it a 9 point game, instead of a 4-7 point game if they scored a TD

Oh and then they returned the kickoff with 2:01 left to waste the 2 minute warning when the clock would have stopped anyway.

WaterBomb said:
That whole game was bullshit, Sherman had about 14 illegal contacts that were not called, and that decided the game. Disgusting.
Click to expand...

Moderator
And with Pittsburgh's remaining schedule being as tough as it is that leaves an uphill battle to get back into that playoff spot. If it comes down to this loss I'll be double secret pissed off

Baffling how people can watch teams that aren't the Patriots.

So I've mentioned it numerous times before but Tom Brady is legitimately some kind of Snow Sorceror. A Winterstorm Warlock. A Blizzard Wizard.

Are you fucking kidding me.

I fkn hate the NFL

THEN THEY ALLOW THE CLOCK TO KEEP RUNNING

What the ever living fuck

Hahahah the Pats lost to a backup quaterback hahah. The Giants exposed them, now they got blown out by the real best team in the NFL. hahah