Mega Gyarados can OHKO (or has a very good chance to OHKO, see calcs below) both members of this core with EQ/Crunch. From full it can live Draco Meteor from Latios and even a Thunderbolt from non-Specs Magnezone, giving it an opportunity to set up a DD on either member of the core. It outspeeds Magnezone before a boost, as well.

Diancie Can easily kill both Mlatios and Zone with Moonblast / Earth Power and even if Latios risks Speed Tie, Earthquake doesnt KO if Diancie is above 70% (67.2% maximum damage).
Last edited: May 31, 2019

Comes in on magnezone, it gets +1 and then proceeds to just eat hits and calm mind until it can remove them with IB or SP. Since draco lowers sp.atk after use, you can just spam recover until they're forced to switch out. To always move last 4 is taken from speed which shouldn't affect it too much.

Hello everyone. I'm going to be pretty busy with other things on Smogon and irl the next couple of weeks so I was wondering if anyone would be interested in hosting this for the next 4 to 6 weeks? Feel free to PM me about it if you do.

Hi everyone, I will be taking over this thread until Jordy returns! I enjoy metagame exploration and innovation, so I'm looking forward to all your participation in this project :] If you have any core suggestions, feel free to PM them to me. Now without further ado, let's get this started.

: Gastrodon is not only able to freely switch in on both core members, but it also harasses the entire Mega Latios BO archetype well by walling other members such as Heatran, Tornadus-Therian, and Ash Greninja. Even the commonly spammed grass types on Mega latios teams are at risk of burns or toxic.

: While Mega Gyarados can certainly destroy this core after a Dragon Dance, it can't safely set up vs Magnezone and isn't a very splashable pokemon for most team archetypes.

Celesteela @ Leftovers
Ability: Beast Boost
EVs: 248 HP / 28 Def / 232 SpD
Careful Nature
- Leech Seed
- Protect
- Heavy Slam
- Earthquake
As always, try to post only OU viable Pokémon and don't post sets specifically for this core. Additionally, your threat should not be complete deadweight against teams that do not feature the core of Mega Venusaur + Celesteela. Have fun with threatening this one, and happy counterteaming!

Easily sets up on both because doesn't care about any residual damage, and the members of the core don't inflict much damage on Reuniclus with direct attacks.
Last edited: Jun 9, 2019

Icium Z Kyurem-B can threaten to do major damage to this core and even the teammates of this core due it being most common on balance, which Kyurem usually eats up. This set can hammer both Venusaur and Celesteela with z-Freeze Shock for a OHKO and a decent shot at a OHKO respectively. It also 2HKOs Venusaur with Ice Beam thanks to Teravolt and 2HKOs Celesteela with Fusion Bolt. It can even set up Substitute on the switch or even on a potential Leech Seed to really threaten something without fear. However, Kyurem can’t switch-in easily to either due to potential Sludge Bomb poisoning, a weakness to Heavy Slam, and Leech Seed wearing Kyurem down. Celesteela can even Protect on potential Sub-Zero Slammer, making it super weak.

Mega-Garchomp can setup on both as it takes very little from their offensive Attacks in Hidden Power Fire and Sludge Bomb in Mega-Venusaurs case and
Heavy Slam and Earthquake in Celesteelas case. Even when they try to Leech Seed "stall" it Mega Garchomp can just SD up once again and get to a high amount of Attack and OHKO both with its respective
STAB in Earthquake in Mega-Venusaurs case and can even put out crucial damage on Celesteela with either Stone Edge or Fire Fang.
When Mega-Garchomp is on Sand teams it even gets a boost on its Gorund STAB and its coverage option in Stone Edge. Also pre-mega'ed Garchomp-Mega can be annoying for Celesteela when it Heavy Slams as Celesteela takes chip from its Rough Skin.
In overall, when Mega-Chomp is at +2 it already is a threat to both of these members on this core, as they take a good amount of damage.
Also in general Garchomp-Mega is a threat in the OU metagame currently due to a multitudes of reasons.

Zard Y cleanly 2HKOs Mega Venusaur with Flamethrower and OHKOs Celesteela after Stealth Rock damage while keeping itself healthy with Roost. It also threatens Tapu Fini, which is often paired with this core, with Solar Beam.

I tend to slap CeleSaur on most of my teams, and if there's one thing I've learned, it's that this little fucker is scary. Band Tini can be played around with Synthesis, Heatran or Lando, but Z-Celebrate? Nope. Both Venu and Steela are setup fodder (even with the unexpected Earthquake, not that Steela is staying in on Tini either way), at which point it's free to tear through the core, the team and the planet. You'd better hope that Sludge Bomb poisons.

Because this Venusaur runs far less SpDef because its a bad Gren check, it is actually OHKOed by Magma Storm after trapping damage and Rocks (not that Venu can do much to Heatran). Despite Celesteela having Earthquake, Heatran can still beat it since it outspeeds and EQ is only a low roll to KO. I know the set looks odd, lacking Taunt, but Toxic has become far better because of M-Alakazam, (M-)Garchomp, Rotom-W and the Latis being the primary Heatran checks, and all of them hate Toxic (Gliscor and Fini remain unannoyed though).
Last edited: Jun 8, 2019

Mega-Venusaur and Celesteela have the same problem, they don't have a reliable way to heal themselves.( 8pp is too small for a healing move with a pokemon without leftovers and without regenerator)
M-Sableye have the possibility to block leech seed, can remove the leftovers of Celesteela and can burn both.

Moreover, Sableye doesn't fear the attacks of these pokemons: 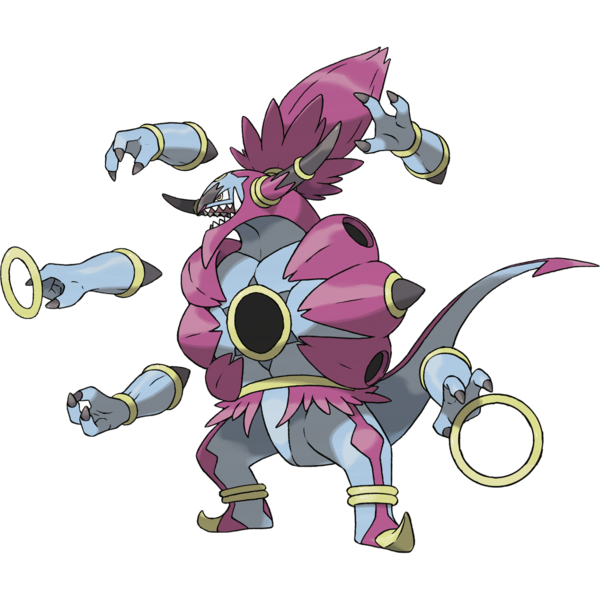 Comes in on a venusaur synthesis or steela protect, while needing +2 to deal with steela is irritating, it should be easy enough to get since most people wouldn't want to risk Venusaur.

Volcarona is 3HKO by either Venusaur's Sludge Bomb or Celesteela's EQ and all it needs is +1 to smash through this core with Psychium Z and Fire Blast, respectively. Not a whole lot else that needs to be said, Volcarona is a huge threat and when played well can smash through a lot of cores/teams.

Mega Charizard X is a threat to this core as it can OHKO Celesteela and 2HKO Mega Venusaur after rocks with its strong STAB option in Flare Blitz boosted by Tough Claws. However, Charizard has a difficult time switching into Venusaur as Sludge Bomb does a decent chunk of damage while also having a 30% chance to poison. Charizard does not fear switching into Celesteela as it can stay in it's regular form to avoid Earthquake and Roost or Dragon Dance if Celesteela wants to Protect after Charizard switches into a Leech Seed.

At +2 Thundurus kind of obliterate this core, it can easily set the nasty plot on celesteela as the worst thing it could do to it is a flamthrower burn, though venusaur is a bit more tricky to set up on as sludge bomb deals approximately 50% and can poison.
Last edited: Jun 15, 2019

Glassy Sky, you need to wait 48h after a reservation to post the same reservation.

Rain Manaphy can absolutely blow through this core, as it gets free setup against Celesteela and OHKOs Mega Venu with +3 Psychic. as well as blowing up Celes with +3 Hydro Vortex. Mana is a pretty cool mon in general and it's easily my favorite Z-move user on rain besides Magearna and as a bonus it tends to dismantle Venusteela balances in general, not just the core posted above.

Lots of big threats submitted this week, great stuff! Basically every submission does a great job at blowing this core up and I had a hard time deciding on a definitively biggest "threat," so I'll discuss a few more of them than usual.

Threats of the Round:

: The entire premise of Venu + Steela is residual damage being thrown around everywhere. Reuniclus ignores all of that poison, double leech seed nonsense and can give VenuSteela teams in general lot of trouble.

: Other water types such as Tapu Fini are more common on a Venusaur build as opposed to Toxapex, which means Zard Y is free to collect its kills against this core's team archetype. Even Sludge Bomb doesn't annoy Zard Y as much, since it can roost off the damage and sponge the hit with naturally high spdef.

: A gigantic threat to most bulky offense teams in general, Venusaur + Steela teams hard rely on prediction to beat Kyu-B... which is alleviated by using Substitute.

: Don't get me wrong, Mega Sableye can annoy this core quite nicely. However, the most it can do is burn Venusaur while getting poisoned by Sludge Bomb in return (and competent Steela users will not let the flying fortress get hit by Sableye's bullshit). It's also awkward to switch in safely because spdef Sableye still takes up to 42% from Steela's Heavy Slam, compound this with poison chip and it gets worn down quickly. It'll get the job done and shut down this core on paper, but needs a bit more support than other submissions. Still a good and somewhat sleeper pick!

Ferrothorn @ Leftovers
Ability: Iron Barbs
EVs: 252 HP / 24 Def / 232 SpD
Careful Nature
- Spikes
- Leech Seed
- Power Whip
- Thunder Wave
As always, try to post only OU viable Pokémon and don't post sets specifically for this core. Additionally, your threat should not be complete deadweight against teams that do not feature the core of Mega Latias + Ferrothorn. I personally really, really hate playing against these sorts of magic spam teams so let's break them down this week. Happy cteaming!
Last edited: Jun 17, 2019