Trump is absolutely a member of the establishment, despite not being a member of the congressional establishment (maybe not a member of a particular cliquey part of the Repubs, anyway), and despite being perceived as an anti-establishment option due to his cartoonish behaviour and posturing as unorthodox and and an underdog; he is a wealthy elite with substantial media and political connections that have been leveraged to reach this point

His victories and successes are a product of the margins of your labour and your subjugation as much as any other member of the rich ruling class, and he was voted in along the same lines as anyone else is in an election

Punxsutawney Phil said:
The more I think about it the more it's apparent that Donald Trump is a magician operating at a higher level than anybody else. What were his chances of winning in most poll aggregates yesterday? 15%? 25%? 30% at the most? Now he's almost guaranteed to win the election.

A mere two years ago, the number of people who thought Donald Trump would win the presidency was zero. People called him delusional for even talking about the notion of running. Now where is he? Headed for the white house.

Let's go through the list of wrongs. The incorrect predictions, if you will:

It's important to remember that this whole election cycle was very much a Donald Trump vs. the world scenario, and Donald Trump won. That's more than what I can say about any politician in living memory. No amount of astroturfing, smugness, condescension, snark, protests, rigging, or animosity from the establishment could stop him.

Yeah he is genius, he obviously realised how many stupid Americans could buy his shit. If he does manage to implement his economic policies the US budget deficit will balloon out and the US will go into a recession. You can already see the reaction of world markets.

Meme magic. I guess calling half the country a basket of deplorables didn't work out well. Praise be upon Kek. All that glorious salt and that jazz.

Honestly, this has to be one of the most interesting elections in modern time. As someone else here said, it's pretryty hilarious how a man who were percieved as a meme now is more or less winning the election. A clear sign that the people are not happy about how things currently are, as well as out to get Hillary for her dubious actions. Now to see if supporting the man pays off.

neither candidate was good

no but imma be completely honest... if ur candidates presidency is likely to trigger a global recession just by being elected, it was probably not a good idea. y'all really managed to fuck this one up.

this is going to be so close

I find it interesting that the GOP is set to win control of the Senate, (has won) the house, and the presidency all in one election.

I am not very politically savvy but this doesn't happen often right?

Matthew said:
I find it interesting that the GOP is set to win control of the Senate, (has won) the house, and the presidency all in one election.

I am not very politically savvy but this doesn't happen often right?
Click to expand...

Last time was 2008 with the Democrats.

What's going to be more interesting is seeing if he can even last the full term. I can already see "Impeach Trump" trending on twitter sometime in the future.

Edit: Also, apparently 11,000 people voted for Harambe. Kind of sums up this election doesn't it? 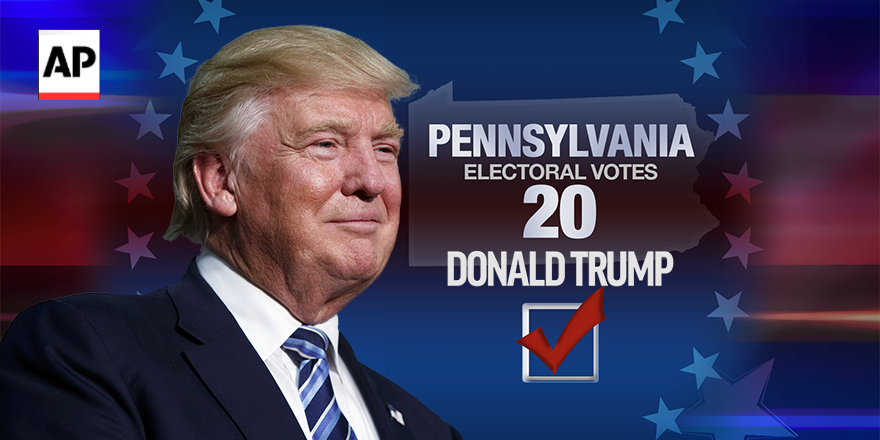 Pennsylvania has been called for Trump.

macle/Shaka: Obamacare hasn't been kind to me personally, as a perfectly healthy and single white male who doesn't make enough money to want to mitigate the risk of major illness/injury with unnecessary insurance, but unlike most people I'm willing to look beyond myself and acknowledge it's been a net positive for the country as a whole (which is what the government of the people should be concerned about more than the success or failures of an individual). Nevermind that most of its issues stem from being fucking hamstrung by a majority Republican Congress more so than of its own merits.

I've been sitting here for hours now doing nothing but mulling over incomprehensible thoughts rolling around in my head. Is this it? Has my faith in humanity finally reached its lowest possible point?

yall better get down now because now the bombs gonna drop, as are the world markets and global faith in the usa

well congrats the US is now being ruled by a business mogul that said he wanted to carpet bomb the middle east and a build a wall between Mexico Im not gonna claim the high ground but this might be a good time to start investing in China
Last edited by a moderator: Nov 9, 2016

Stop bringing up the bachelor degree thing. Having a college degree doesn't mean you're harder to brainwash.

Hopefully the DNC will reflect on their choices and not the commit the same mistakes in 2020.


Punxsutawney Phil said:
It's important to remember that this whole election cycle was very much a Donald Trump vs. the world scenario, and Donald Trump won. That's more than what I can say about any politician in living memory. No amount of astroturfing, smugness, condescension, snark, protests, rigging, or animosity from the establishment could stop him.

Not kidding, he really was unstumpable in the end.

Oddish is the best

Depressing time for America. I don't think Bernie would've fared much better given the way the voters handled this. Democrats have to revamp for 2020 to say the least. I just hope everyone stays positive and remembers to remain kind to each other. The next 4 years will certaintly be interesting regardless!

Pennsylvania down to 89% recorded votes from 99% lol, hmmmmmmmmmmm

Having a college degree, by definition, means you are more educated. To state the obvious, a more educated individual, regardless of their major in school, is more likely to be someone who generally pays attention to the news and politically does their research on candidates and issues before voting. So yeah, they ARE "harder to brainwash," in the sense that they're less likely to be swayed by simple rhetoric (like believing either candidate was ever going to bring manufacturing back to the U.S. in force). Of course, people are still stupid and emotional so there's a hundred more irrelevant reasons that someone would still vote for a candidate against their own interests anyway, but there's a reason more educated voters are going for Clinton despite being traditionally in the Republican camp. :/ Hillary, for all her faults, is still a well-qualified candidate. Donald Trump is an unprecedented level of pile-of-shit.

Results make me think Bernie would've completely stomped on Trump's skull and ate his heart because there's basically no discernable reason for Trump's dominating performance other than him being a political outsider. Bernie is still a relative outsider, in that he's traditionally Independent and had zero national name recognition before this election cycle, but he still has extensive on-the-job experience (unlike Trump) and relatively little baggage (unlike Clinton). hmm.. people who are stupider than me shouldn't be allowed to vote.. just my opinion.
Click to expand...

Good Luck with your new President.