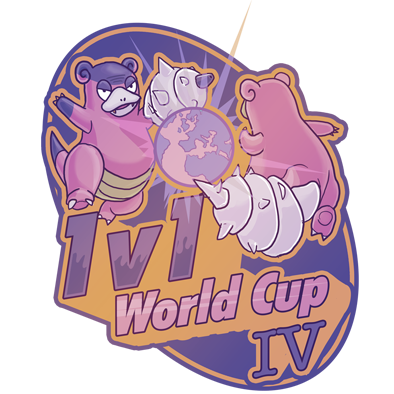 art by AmirAlexander
World Cup of 1v1 IV - Round 1
Hosted by: Rosa
>>Spreadsheet<<​
Welcome all to the fourth annual World Cup of 1v1. This year, 8 teams are vying for the glorious title of World Champions. Who will rise to the top in the tournament of nations? It's time to find out!

In this first round, players will be randomly placed into groups of four, where they will battle all three of their opponents.

Teams will be ranked based on records, rather than points. This means the four teams with the best records will qualify for the semifinals of the World Cup of 1v1 IV. If two or more teams within the top three have identical records, points will be used to sort out the tiebreaks. However, if there is a tie in records for the last spot, points will be ignored and the teams will face off in a tiebreak series. The tiebreak will consist of three games: One SS Bo7 game and one tier chosen by each team (which could be SS again). The higher seed (based on points for Round 1) will get second pick of tier.

This year we have four subs per roster, and Captains may use them as they see fit. Keep in mind once a player is subbed out, they cannot be subbed back into the same round, but can be put back onto the roster for next round.

Substitutions will be not be allowed in tiebreak series unless both teams agree (or TDs enforce double sub). We will be reluctant to give activity wins to those who are clearly fishing for them.

Pokémon Showdown is the main simulator for this tournament, though Smogtours can be used as well.

Note the sportsmanship infraction may be used liberally this WCo1v1, and any unsportsmanlike conduct on the forums, in the tours or 1v1 discord, or in opposing wco1v1 team channels (you won't be infracted for you being a dick in your own wco1v1 team channel unless the situation is so extreme I feel I absolutely have to make an exception (consider basically any masterclass interaction ever)), will be grounds for an infraction. We encourage you to play semi-aggressively, but don't be a masterclass.
Deadlines:

Now, all battles are to be completed by Sunday, August 9th, 2020 at 11:59 PM EST (GMT-4). Battles that are not completed will be reviewed for activity and have a winner declared accordingly. If both parties are at fault, the game will simply not count in deciding final standing. Activity calls will not be made before the round is over. I figure that three weeks is more than enough time, and I will take no excuses. I expect all Captains to nag their players to get their battles done if they are being active, and make substitutions as necessary. That is your job.

NOTE: Replays are required, so that we may further develop the tournament side of our 1v1 metagames. Any win posts without replays will NOT be counted as a win.

If you care to see how the pools were randomly generated, the persistent identifiers I used for random.org's list randomizer are shown here: https://pastebin.com/raw/EMN3VMFZ
Last edited: Aug 8, 2020 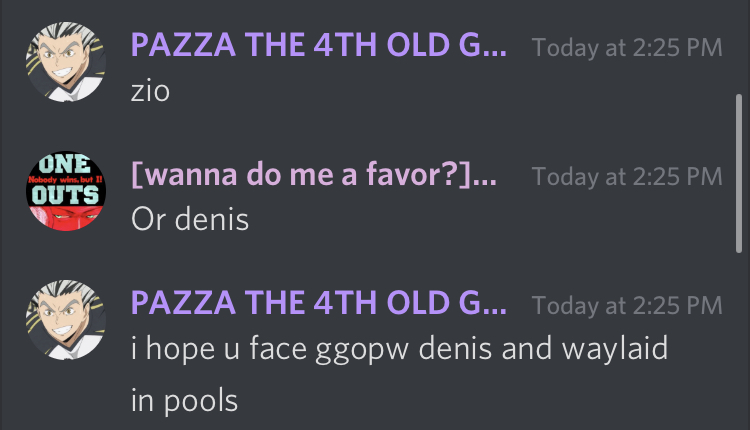 WHERE THE FUCK IS MONOPOKE

M24 said:
WHERE THE FUCK IS MONOPOKE
Click to expand...

nobody gave a monopoke player so I couldn't do anything

WHATS UP BROS ITS YOUR FAVORITE TOURBANNED USER AND IM HERE TO GIVE MY UNBIASED PREDICTIONS SINCE IM NOT ON A TEAM LOL. YEA I MADE MY RETURN TO THE 1V1 DISCORD AS WELL LOL, AFTER BEING BANNED I HAVE INCREASED MY LINE COUNT SUBSTAINTLY. ANYWAY, LET'S GET INTO THESE PREDICTS FOR 1v1 WORLD CUP. I hope my man pqs can make his stellar run of 4-1 and almost 5-0 once again this year in world cup!! :)

(all for jokes don't get mad lol)

SS 1v1 BO7 #2
dogknees (0-3) / Le Creme Brule (2-1) / neomon (3-0) / Baleblaze (1-2)
dogknees will get destroyed by everyone here sorry they just are better players with better support.
vg jungle is da goat bro she can beat dogknees and baleblaze but will get owned by neomon
neomon will go 3-0 so easy oml
baleblaze kinda got deg support but don't think it'll matter much other than vs dogknees

BW 1v1 BO5 #2
Kaif (2-1) / power (0-3) / stableprince569 (2-1) / Persephone (1-2)
oml da goat kaif in the cut with stable, kaif can beat power and stable for sure but he dies to perse cuz oml ggopw da goat fr fr
power wasn't really good in wc before so he wont do good in this good of a pool
stable can beat perse and power pretty easy but he falls to my boy KAIF
perse could do better depending on luck and GHOSTING but ill only write down him beating power for now

I would just like to point out to pazza that a pool cannot have a player who goes 3-0, 2 that go 2-1, and 1 that goes 0-3. That is mathematically impossible and therefore his predictions, like his math skills, are bs

blondesasukeuchiha said:
I would just like to point out to pazza that a pool cannot have a player who goes 3-0, 2 that go 2-1, and 1 that goes 0-3. That is mathematically impossible and therefore his predictions, like his math skills, are bs
Click to expand...

pazza said:
Guys please stop making fun of me that's my job to make fun of others

Time for predictions to make it seem like I know what I'm talking about.... GO TEAM ANTARCTICA!

Why are you looking at a Psyduck flossing? Just the internet I suppose. Good Luck to all and have fun ^^
Last edited: Jul 19, 2020

SS 1v1 BO5 #2
Close (3-0) / Waylaid (2-1) / Wanony (0-3) / eblurb (1-2)
I BELIEVE IN EBLURB LET'S GO and anyway Waylaid has done extremely well in PL but he is not able to face the SHEER FORCE AND DEDICATION OF CLOSE. why did you put wanony in SS put him back in BW but teach him how to pick he obviously wasn't gonna get carried by good building forever.
also https://replay.pokemonshowdown.com/...-1154167675-8hrio0s5k47pd13qknyefobf16mzkispw can this man really beat close

SS 1v1 BO5 #4
JustUhhDude (0-3) / zioziotrip (2-1) / DenisTheMenace (2-1) / ggopw (2-1)
BRO WHY IS THIS RIGGED LIKE THIS NOO MY MANZ ZIO. Anyway ggopw would never go 3-0 there's too much powerhouse here and everyone in this pool cares about the game more than he does. SS is not fun and ggopw wouldn't perform in a tier he doesn't have fun in

SM 1v1 BO5 #1
Elo Bandit (2-1) / Kentari (1-2) / Blazikin (1-2) / Lkjc (2-1)
man.. what are these SM pools.. Elo Bandit kinda underrated especially when he preps well, altho he doesn't have anyone backing him up for SM and his teams tend to have big holes in them. Kentari has to make a big comeback but he does not care for the game as much as shown in Ladder Tour where he didn't even actually play. My man Blazikin.. 1 tour happens, 2 tours is still recoverable, but doing this bad 3 tours in a row? I understand the hax but still.....
Lkjc mad underrated go win them

SM 1v1 BO5 #2
AltCauseImInsecure (2-1) / Chickenpie2 (2-1) / WailJesus (0-3) / Alakazam (2-1)
I'm sorry Wail but you are completely OUTCLASSED lmaoo. ACII is putting in mad effort, cp2 while washed is still insane and TDA always goes positive in team tours and he is not gonna make playoffs to make up for a negative record.

SM 1v1 BO5 #4
Squirtell 1v1 (2-1) / Ninjadog (1-2) / ima (0-3) / LaBalladeDesCieux (3-0)
I swear this mfing bot has some sick sense of humor... anyway... yeah, doesn't seem like it's gonna be too hard for LBDC to go 3-0 here, none of these players pose too much of a threat. Squirtell still kinda overrated atm imo but he always does around 2-1 well. Ninjadog is ok but he has always farmed easy pools. ima is so easy to read if you just watch his replays once, just don't get outbuilt

ORAS 1v1 BO5 #2
OM (1-2) / TogliBabineBoeuf (2-1) / Whaleeeee (2-1) / Iron Crusher (1-2)
All of these players are so underwhelming and overrated zzzz OM only plays ORAS once a decade and never builds, + has no support on CONE. IC is extremely washed yet people still put him on a pedestal. Whale didn't even wanna play lmao he'll still hax his way through 2 wins. Togli has me and XSC for support so it's gg

BW 1v1 BO5 #1
Sanshokuinsumireko (1-2) / Simbo (2-1) / Gym Socks! (2-1) / Freddy Kyogre (1-2)
this is an incredibly balanced pool tbh. Sansho and Gym Socks are both underrated although not the best and they lack the right experience. Freddy is very overrated and his only tier knowledge comes from being on BW Council, which will fall short in front of gym socks' unorthodox building. Simbo spams brokens well and it's a strat that works vs sansho and freddy. Gym has beaten Sansho before but I think sansho is the one player that plays rationally enough to beat Simbo.

DPP 1v1 BO5 #1
Tom842 (2-1) / Synonimous (2-1) / Poison Adhesive (1-2) / LittleRunnerXC (1-2)
Synon, LRXC and Poison Adhesive are some of the most underwhelming players in regards to the standard other people hold them at. Tom doesn't usually do well enough but with the right support in this pool can easily go positive.

Moderator
KawaiiiiPotato shall be our representative

Boat (Phiwings99) has entered the arena.

what he means is

Moderator
Tol wanted to be in monopoke, so

I love how 3 people made predicts, but they all predicted one pool (or more) to happen in a literally impossible way.
All of the records in a pool have to add up to 6-6. If they don't, you didn't predict all of the games or you did something wrong.

Smajet said:
I love how 3 people made predicts, but they all predicted one pool (or more) to happen in a literally impossible way.
All of the records in a pool have to add up to 6-6. If they don't, you didn't predict all of the games or you did something wrong.
Click to expand...

Yea its hard to predict 96 games at once

Joker 1v1 said:
Yea its hard to predict 96 games at once
Click to expand... 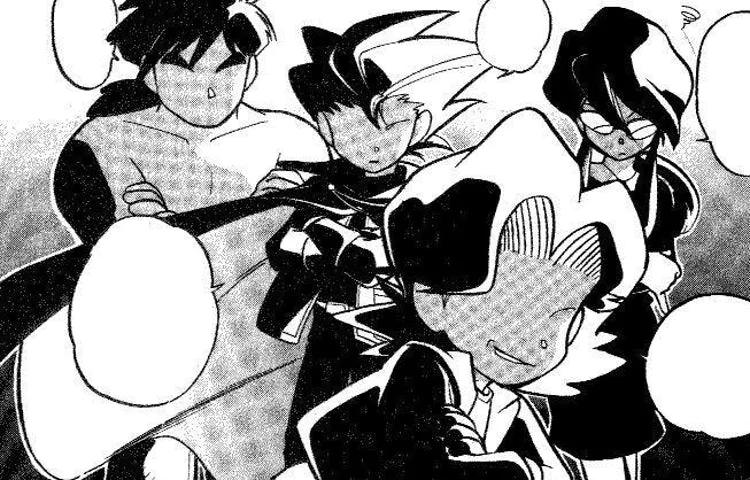