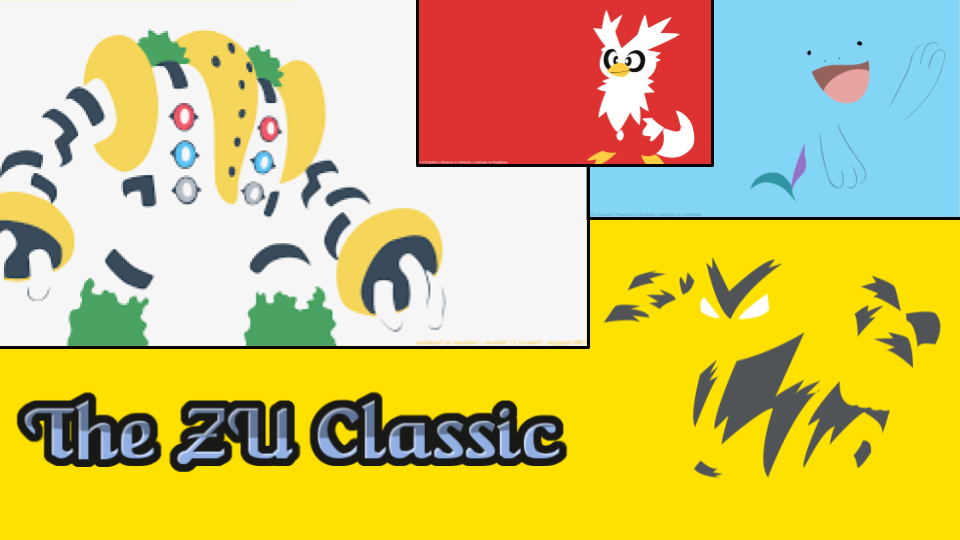 Welcome to the fifth ZU Classic, a tournament celebrates ZU's history throughout the years. Players will compete in separate tournaments for the RBY, GSC, ADV, DPP, and BW generations, culminating in a finals where players will have to put their ZU Old Gens knowledge to the test to have a chance to win.

The format consists of five separate tournaments: the RBY Cup, GSC Cup, the ADV Cup, the DPP Cup, and the BW Cup. Each tournament is single elimination, best of three. Depending on your performance in a Cup, you will be awarded points. The point system is the same as the one used in Smogon Classic. When all the Cups have been finished, the eight players with the most points will advance to the playoffs. This year's format will still be a best-of-5. Higher seed choses the first tier and then the loser of each battle choses the next one.

Signups will end on Sunday January 15th at 11:59 pm GMT-5. Round 1 will be posted ASAP thereafter. Post "in" or "I love Palpitoad" to signup.

You Are Yesterday's Ambition

my gf just broke up with me