pazza said:
Banning someone for this long over such a stupid thing is unreasonable but, hey it is you guys I’m talking about L.
Click to expand...

3 months is literally the minimum for a ghosting, you know. And we’ve already determined the problem is with the principle, not with the actual effect done. Thats in the post I made.

Either way, its just disappointing on dom’s end.

Gen 4 1v1 is now officially challengeable on main!
After pestering asking GAdmins nicely for Gen 4 1v1 to be challengeable on main, it has finally gone through. Since this is obviously the most reliable server, it would be preferred to use the main server when challenging people in the DPP cup for 1v1 classic. Although, if you really want to, you can still use Spectral.

Hopefully if 1v1 wins the ROA monthly voting process, we can also include Gen 3 1v1 on main, as well; but if so that won't happen for another 4 days.

Special thanks to Synonimous and kjdaas for additional public demand put forth for making Gen 4 1v1 playable.
Last edited: Oct 28, 2019

After review with the help of some supermods, we have determined that the user yukairu was an alt of a known user, as well as using a proxy in the tournament. As alts are a nono, the account was banned.

Considering this account was illegitimate, Wrath of Alakazam will be replacing yukairu's spot in ADV cup round 2, as that is who he was paired with in ADV Round 1.
Last edited: Oct 29, 2019

Moderator
Playoffs Format Update​
So, last year 1v1 Classic 2's playoffs were done with a Single Elimination, 12-man format, with the people with top 4 seeds getting a bye (a free win) for Round 1. It was 3 Bo3s of multiple different old gens, with the higher seed also striking one of the 4 possible gens of their choosing during scheduling in order to determine which 3 gens were played in the Bo3. At the time, the 12-man formula followed up nicely with how Smogon did the official Smogon Classic. However, after looking over the timeline of the last playoffs of 1v1 Classic 2, and taking more into account how 1v1 as a metagame operates, I believe (after discussing with the other cup hosts) that a better system can be implemented in order to fit more in line with the metagame of 1v1 and the numerous different Old Gens being played in this classic.

First off, playoffs will be boosted from a 12-man to a 16-man tour. This eliminates the the byes given to high seed players during round 1, as well as fits more in line of what was in place for Smogon Classic this year. Additionally, the playoffs will be double elimination, not single elimination. 1v1 is an exceptionally volatile metagame, and the added consistency given by double elimination is therefore appropriate. The extra weeks added by the Loser's Bracket will not significantly effect the timeframe of any other major tournament. To add on to this, instead of being a Bo3 of Bo3s, the tournament will be a Bo3 of Bo5s.

The tiebreaker for points will be determined by the overall win ratio, followed up by the deepest run in any individual cup as a win ratio tiebreaker. This is in-line with The Smogon Grand Slam, which uses a similar system for their playoffs, and also benefits good 1v1 players who perhaps got nuked early on in a cup due to hax.

The process for choosing the metagames played will also be altered. Last year, higher seed simply struck down a gen for the Bo5s while scheduling happened. In order to reduce the overwhelming advantage that system gave the high seed player, Boat (phiwings99) and I determined a new way for determining which gens would be played that still gives high seed an advantage but isn't terribly weighted to one particular side:

During scheduling:
Whenever they want beforehand:
After a Set:

This has several benefits from the previous "high seed strikes one" method. By forcing the high seed player to choose both gen before the low seed picks, the advantage the higher seed gets is slightly mitigated, because the low seed will always be given the opportunity to pick their best gen, or their opponent's worst. It will work something like this:

WhyAreTheSheepsRed: f aight I lost so I choose ADV for the next Bo5​
And so on till someone gets 2 wins total for the Bo5s. Thats the general gist. This method, I believe, will maintain a competitive environment for the playoff series. Tho none of this would be an issue if we had 5 old gens, can't wait for next classic lmao. This high seed/low seed designation will carry on into loser bracket.

TLDR:
Obviously this will all be reiterated in the actual playoff post, so you don't have to keep checking in back here for info. Anyway, yeah, thats basically it. Hope y'all have fun with the remaining Cup games left, and I will see the chosen few in Playoffs! 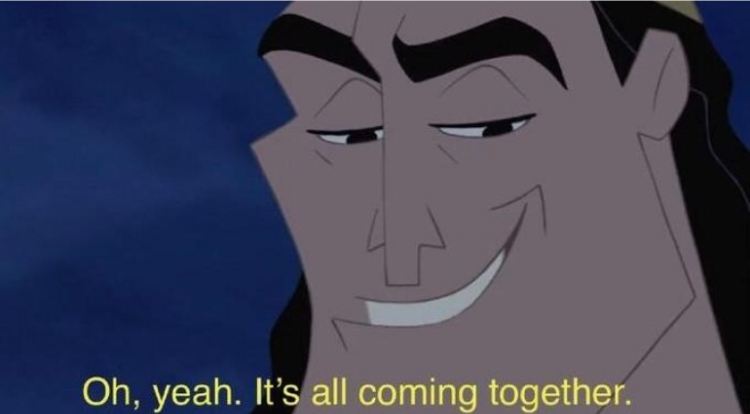 Y'all are great for winning the ROA monthly thing. As with Gen 4, you can now/should now use main for the ADV cup, although again if you really want to you can use Spectral for the memes.

Edit: Hold on, main server is being bad and using gen 4 mechanics. I'll update this when its fixed, DO NOT use main gen 3 until that point.

it really happened lol, a 5 man tiebreak for 3 spots and who knows how will they determine the placings since the winrates are exactly the same and deepest runs being changed and equalized based on the number of players and not the round itself.

This is absolutely awful and none of the participants want this including all the people that are tiebreaking and players that have to wait for them to be over (lol imagine everyone going 1 1). Hmm could have this been prevented I wonder who changed the slots from 12 to 16 midtour and didn't listen when I said he can't compare this to GS which literally has 10x more participants and that even 12 is a good-sized number for this tour. Ties were almost bound to happen with this low amount of pts needed to qualify, and so did the issues with seeding. Not to mention that this was already the longest 1v1 tour, duration wise and the number of sets u have to play (multiple bo3s being unique to classic) but guess what would be a great idea, let's add a double bracket out of nowhere to make it even more painfully long!

anyhow I had this on my mind as soon as the changes happened but was hoping that somehow we would avoid this scenario and that's why I am posting only now, not to mention all the drama and switching around servers 5 times a week but that wasn't completely hosts fault so I can't really criticize them on that fully

neomon said:
can we just get playoffs already this has been going on forever
Click to expand...

adv cup isnt even over, it would still be going on even if we hadnt changed anything.

Only reason I maintained Bo3 of Bo3s was basically because thats how it was done last year, and it didn't seem like that was part of the inherent problems with last years 1v1 Classic (4 byes being given Round 1, short sets in 1v1 that could reward good luck over solid play). But, I can see now that, if one of my goals is to make the 1v1 Classic reward better play, then the simplest solution is to just change the Bo3 of Bo3s system.

The change has been reflected in the original Playoffs update post.

This will not affect the finals of 1v1 Classic unless LRXC and Robyn gentlemens to ban sleep in the ADV 1v1 set. I have already brought the ban to their attention.