Originally created by Anty, approved by TI. Banner by Zephyr2007 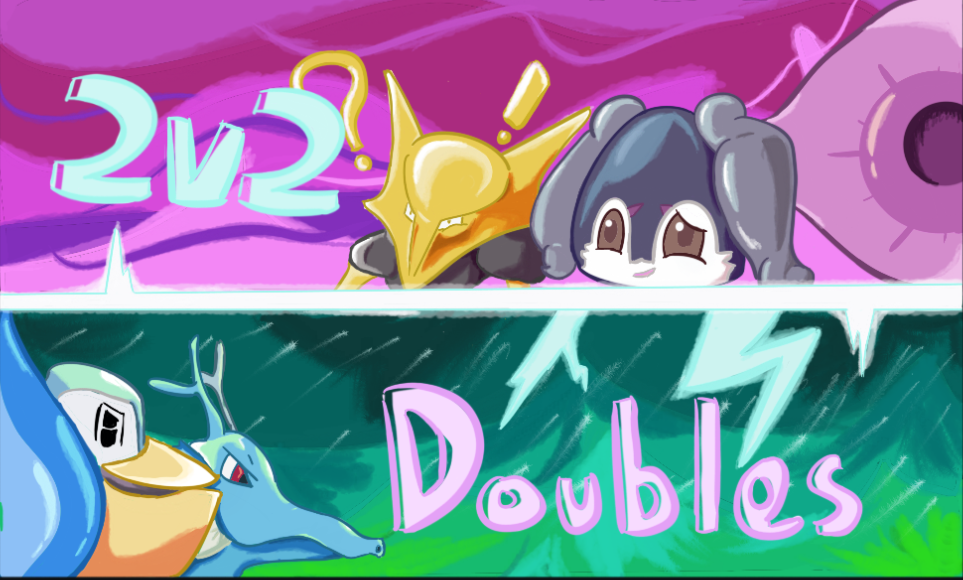 ​
Welcome to 2v2 Doubles! In this metagame, you play in the doubles format, but you battle with only 2 pokemon, and once those 2 pokemon faint the battle is over. You are allowed up to 4 pokemon in a team, but of course, you only pick 2 of them at team preview.

The main difference from Doubles OU is the limitation to only 4 pokemon in a team and the further limitation of only being able to use 2 of them, and that there is no switching. These are simple changes that can have a massive impact on how the battles are played and what the metagame is about. For example, you can't force an opposing pokemon out by moves such as Haze as a counter-play to setup and you can't switch out if your pokemon has been debuffed and statused.

Strategy
2v2 Doubles is a metagame with a plethora of strategies as you can fully utilize everything Pokemon has to offer, meaning you can use stuff that has no use in singles formats, examples being Fake Out and Trick Room. Popular strategies involve the use of speed control, weather, Trick Room and more. If you already play 1v1, this metagame is relatively easy to get into since it has a similar concept, and 1v1 pokemon are very useful here. Putting 4 1v1 pokemon in a team is a good way to start, and then making changes as needed to face and adapt to the metagame.

: One of the most famous examples of a weather core. Both are great Pokemon under the rain, as they fire off Rain Boosted Water-type attacks with little drawback while the latter gains a speed boost under the rain with its ability, Swift Swim.

: Another example of an excellent weather Pokemon, as sand gives it a boost to its special defense, allowing it to set up more effectively.

: Trick room is a great strategy to KO unsuspecting offensive teams, though it does run a risk of being KO'd prior to setup.


Council
This metagame currently has a total of six council members:


The 2v2 Doubles Resource Index​
This post also serves a Central Hub for the resources developed by the 2v2 Doubles Community. It includes the various projects and helpful links that will provide a means of proper participation in regards to this tier. If you have any questions, please do not hesitate to ask on the 2v2 doubles discord server or in the 2v2 room. Below is an overlay of the Resources: 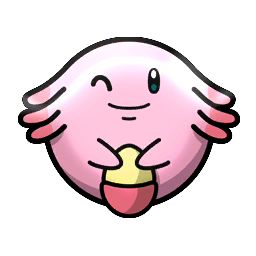 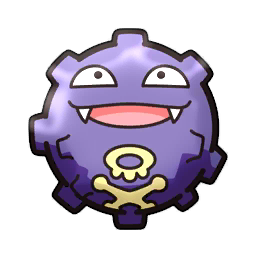 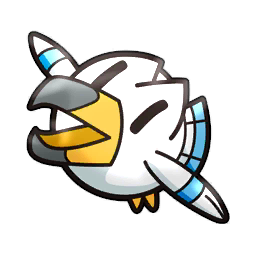 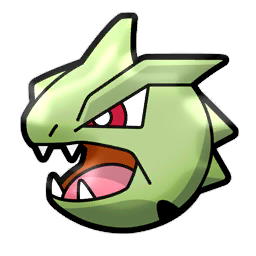 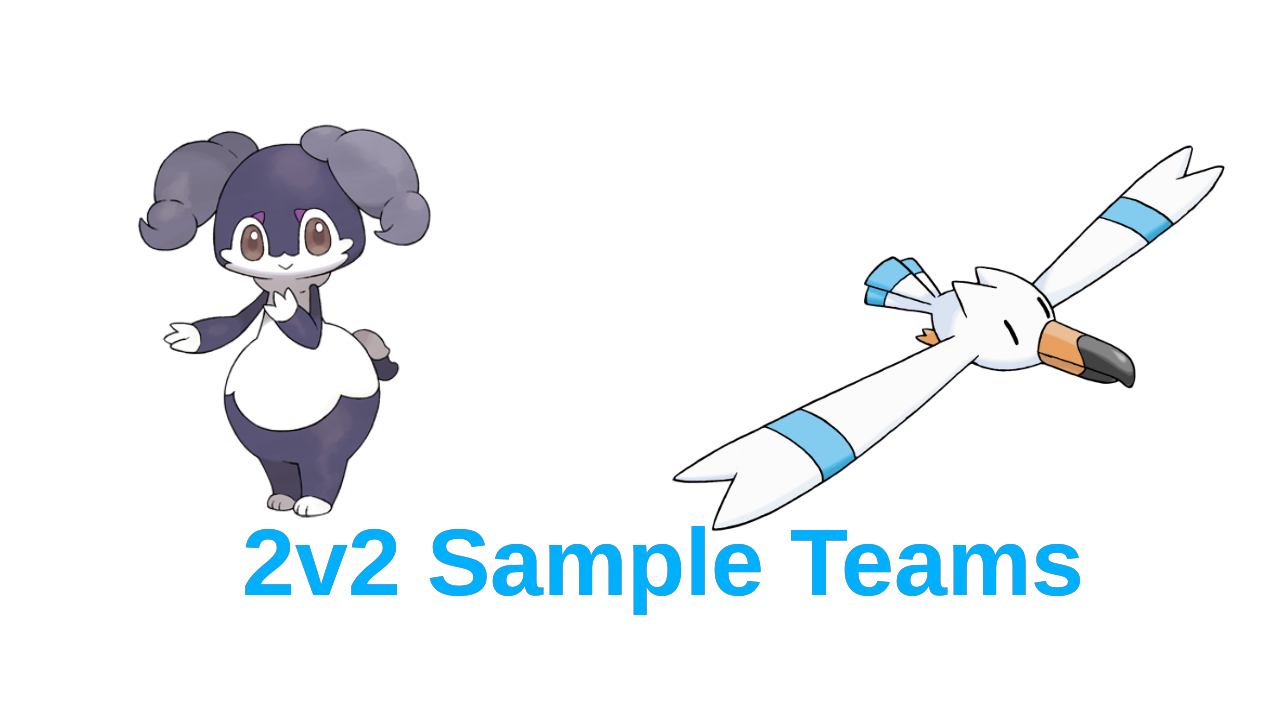 SHIELD THE QUEEN v2 by STABLE

"No Fun Gang" by Lkjc 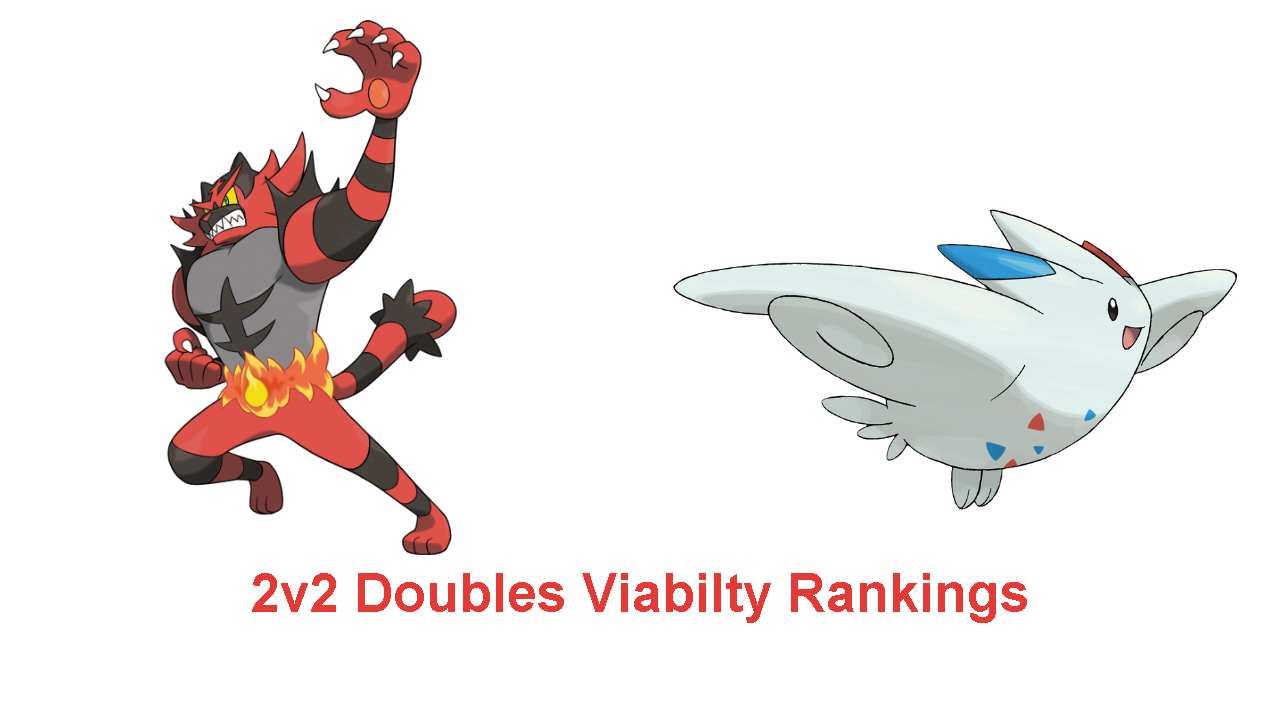 Imported from here
Inspired by the Felucia formula

Just like any other metagame, before you attempt to build in 2v2 Doubles, you need an idea. A reason to build, something you want to accomplish. In many cases, people build to counter the common threats of the metagame, to prepare for an opponent, or to simply want to build around something they like. But that's just the first part, let's get into it.

With the help of an Assault Vest, Golisopod utilizes its newfound special bulk to survive attacks from the likes of Charizard, and KO back with Rock Slide after Solar Power damage. Its Speed is used in tandem with its Attack EVs in order to Outspeed and dent the likes of Incineroar and Tyranitar using no speed investment.

What is it weak to?
Golisopod, overall, struggles with Bulky Water-types such as Pelipper, Gyarados, Gastrodon, and Milotic, along with needing another partner for Sand Matchups, in general. It also doesn’t appreciate the everpresent Ferrothorn and would appreciate help versus Incineroar.

If you’re just playing around with team ideas, you can look into the VR and the commonly listed cores used to see what you’re still weak to, overall, but there is also the other option of playtesting, which the 2v2 subroom has made it significantly easier to test team ideas and the like.


With more testing, I’ve reached the conclusion that my team is still weak to Pelipper and Grass-types on Sun teams, so I decided to put Rotom-Heat as my final partner, as it helps with the sun matchup, along with providing a means to dispatch of Excadrill and Ferrothorn on thier respective builds, without worrying about Fighting-type teammates:

Give me some feedback Tell me if you liked it, if there's any examples I need to add and if I should do similar guides in the future.

Good luck with 2v2, if you need anything you know where to find me. #BanDurant

Golisopod is looking even fresher this generation, with the addition of close combat. This gives it a much stronger move than drill run, and Koko is also gone. This boosts golisopod’s strengths by a lot, letting it reach new heights in Swish
#GolisoSquad

Since Incineroar and Landorus-T are gone, Scrafty gets a chance to shine. It works well as offensive support with Intimidate and Fake Out, although its lackluster offensive capabilities mean that it heavily relies on its teammates for damage. Also, since Dynamax Pokemon can't be flinched, the usefulness of Fake Out won't be high if Dynamax isn't banned (staring at Z-Crystal ban last gen).

(Barraskewda and Inteleon, Smogon doesn't have their sprites yet)

Barraskewda is big on rain. 742 Speed with Adamant max Speed investment is crazy. It can run moderate bulk investment because it doesn't need all of that stupidly high Speed in Rain. Inteleon is another interesting Pokemon, too, as Ash Greninja lite.

(Alcremie): This is a godsend to Doubles. Decorate is amazing: it boosts both of a teammate's attacking stats by 2 points. Sweet Veil and Aroma Veil are both great abilities, and Recover gives it reliable recovery. Good Special Defense and Special Attack also allow it to be a bulky attacker.

As per normal, here's the playing phase guidines:


We may not be technically part of 1v1 anymore, but lets be real here; the majority of 2v2 players have came from the 1v1 forum, and we have had tournament representation in their team tours.
Click to expand...

If it may lead to more matches in the future, even better.