Celebi in the Fields (need help)

This team was inspired by two pokemon I wanted to try out: Celebi, and Mamoswine. After that, I wanted to throw in another fun pokemon to use, Zoroark. Now when you look at this trio, it becomes very hard for me fill the other roles of a team. I've tried numerous pokemon, but I still don't know who suits them best. So please help me find the right teammates.

When pokebank announced it was distributing Celebi I was pretty excited. This would be my first legit celebi. I know I definitely wanted heal bell, as the distribution for it on Kalos born pokemon was small. Then I needed recover to keep it Nice and alive. Lastly, I wanted to try something different: future sight. Future sight got a power buff and can serve as a dark lure, or dissuade fighting types from switching in. The one-two punch it provides is also helpful in wearing down foes. I wanted to add thunder wave, but a grass stab feels important.

Speed EVs makes him hit 281, good for outspeeding max neutral base 90s, or people who speed creep that. For the first move, I've been using Icicle spear, but if someone can persuade me how good Icicle crash is, I might change it.

Zoroark was just here because I made a Zoroark just like this in my Y version. He just swoops in for a kill depending on who he disguises as. Celebi was a decent clone, scaring away fighting types and sometimes bringing in pokemon weak to dark pulse (aegislash, latios, Xatu). Snatch was just a weird move to prevent him from being too commonplace. Zoroark beat an entire BP team with it lol. Feel free to change the item, or just replace zoroark altogether. He proved useful, but I could use dark type that is bulkier and works better with future sight. 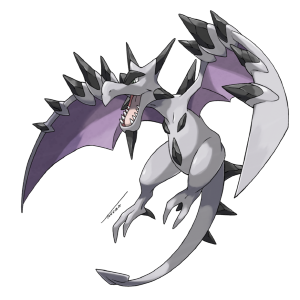 The next thing that came to mind was "I need a hazard setter, a spinner, a mega, and a wish passer
My first experiment was forretress and blastoise (who make good disguises for Zoroark), but I still found them lacking, now I see a discussion about how aerodactyl isn't meant to sweep. So I made this set. Aerodactyl has done well so far, nothing too disappointing except for the fact that stealth rock is a 5th gen move for it. Oh well. Speed EVs are so that it outspeeds jolteon. The rest are put into power and survivability in this physical world.

This is the cleric. Chosen over florges due to higher HP. Rocky helmet because Sylveons usually attracts physical hits. Yawn cause it can force switches, and moonblast for some decent damage. Swagplay teams are running rampant and this seems to be the backbone to my team when I face one. Tentacruel didn't come along until I replaced Blastoise with aerodactyl, and I must say he does pretty decent. Main goal is to kill hazards and spread status. Haze stops him from being complete setup bait. Another funny match was a truant durant entrainmenting this thing and then switching to dugtrio. When it got to +6, it used protect. Then I hazed it... I won't let it get too greedy if that ever happened again though.

Used in tandem with forretress. But he served the same role as Mamoswine... and Zoroark. Rest cause that tankiness must live and i have heal bell. Ice beam because mandibuzz and amoonguss are popular.

This shell wasn't even that bad of a setup bait due to gyro ball and volt switch. He was a solid member, until I realized there were so much fire weaknesses. It even got confirmed when I got sweeped by an Infernape once blastoise and aegislash was damaged.

This is just something I wanted to see. It was funny seeing the high damage aegislash was dishing out. His wallbreaking potential was nice, but its still a hit and run style due to stance change lowering his defenses. Plus a fire weakness.

Note: Obeying Item Clause is just something I like to do. But feel free to make me use two of the same items. 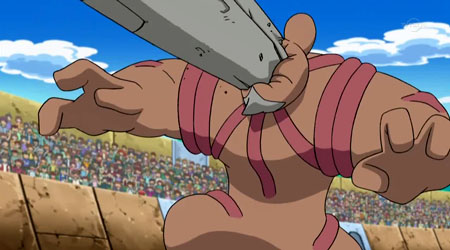 In CONKLUSION...
I find it really hard to base a team off of celebi, mamoswine, and zoroark. Zoroark could change, its just that I don't want to "stray" too much into the standard sets. Previous team themes I had was all pokemon except celebi were in the field egg group (hence the title), or Omnigen (One pokemon from each gen), or even both. These themes failed to be satisfied, because I just can't find a good Hoenn pokemon that can spin/SR/wish. I tried torkoal to some mild success...
PLEASE RMT!​

Bump. I forgot to mention when you suggest a pokemon, please make it a pokemon that isn't impossible to make in XY because I'm thinking of making this team in my game. But if the team really needs it, go ahead and suggest.

If you're going to run Celebi, it benefits greatly from Rain support. Heal bell on it is really redundant since it has Natural Cure for itself, you'd be better off with it on Sylveon. Celebi's not really a hit-and-run kind of poke, so I don't think Leaf Storm works very well on it.

Assuming Pixilate Hyper Voice isn't in play, Florges is slightly better than Sylveon (though even that's arguable, pls no Florges vs Sylv flame war), although it does get Heal Bell while Eevee only gets it via Gen 5 tutor (I think?)

Thanks for the suggestions. I recently did 6 or 7 battles, and surprisingly, I won all of them. I noticed that yawn was proving really useful for getting a free wish pass, or just stopping stat boosters. That's why I'm thinking to keep heal bell to celebi, and keeping sylveon over florges.

As for leaf storm, I'll try change it up for a better grass stab. I'll see how energy ball goes first, then I'll test giga drain (since its a darn 5th gen tutor move). This team was more solid than I thought.
You must log in or register to reply here.
Share:
Reddit Pinterest Tumblr WhatsApp Email Link