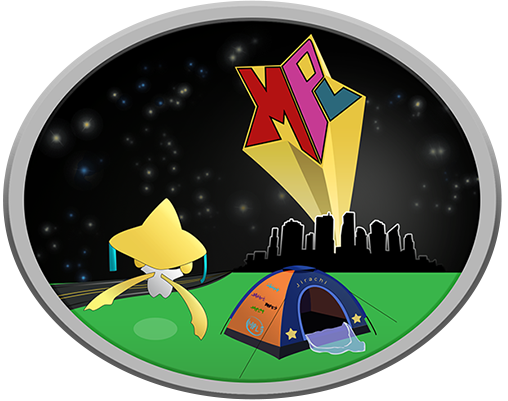 banner by Ticken
​
Welcome to the fifth Monotype Premier League! Modeled after the Smogon Premier League, Monotype is once again hosting a premier league in which the best players of our metagame battle for victory.

This thread may be used for any discussion about the tournament. Perish Song and I will be a little more lax on the rules in this thread but keep it classy. Don't do anything overly stupid.

Once again, if you cannot be active through the tournament, then please do not sign up.

The format for MPL V is the following:
The managers and teams for this year's Monotype Premier League are:

Rules ​
All battles MUST be played either on Pokémon Showdown! or Smogtours (smogtours.psim.us). No exceptions will be granted if another server is used.

Regular Season:
The regular season will consist of 7 round robin weeks where each team will play the other 7 teams one at a time. There are 8 matches each round, so ties are a possibility. Each week win is 2 points, a tie is 1 point, and a loss is 0 and will be recorded on the spreadsheet.

Playoffs:
The top 4 teams with the best records will move on into the playoff bracket where the #1 seed will play the #4 seed and the #2 will play the #3. The two victors will move on to the finals, with the victor of that week ultimately crowned the first Monotype World Cup of Pokemon Champion!

*IMPORTANT*
Playoff requirements will mirror that of MPL III where your overall score will be comprised of week wins and total wins. Each week win is 2 points, a tie is 1 point, and a loss is 0 and will be recorded on the spreadsheet. *Differently from MWP2, we will not be deciding playoff with head-to-head, instead, the tied teams will battle a bo3 tiebreaker to decide who moves on. Therefore, playoffs will come down to week wins, total wins, and then a bo3 tiebreaker.

Tiebreaker:
The tiebreaker will consist of 3 games: 1 USM Mono, the other 2 each being chosen by the participating teams.

Substitutions:
If a captain wishes to substitute a player for an inactive one in the lineup, you must post in the week's thread who is subbing in for who. In addition, please make the post highlight the opponent and their Captain so everyone is aware of the substitution that had occurred. If I feel that you are trying to gain an unfair advantage with your substitute, I hold the right to veto it.

Pre-Week Battling:
Because there is a set schedule generated at the beginning of the season, it is possible to accurately guess what players you will be facing in any given week. However, because the next week’s rosters are not set in stone until the day before the next week, there is no telling what a manager will do with regards to who they slot in one spot… especially if they have more than one player in any given tier. Asking to battle early for future weeks is essentially asking the opposing manager to short themselves options and forces them to make their roster early, perhaps without all of the knowledge they might have gleaned over the course of the week. Due to this, battling early for future weeks is not allowed. Do not ask to battle early for a future week. You will be denied. No exceptions. This is what you have substitutes for.

Trades:
Teams may trade players with each other at any point during the regular season. In order to complete a trade, both involved managers must submit a PM to the host detailing which player(s) on their team they are trading away, as well as which players they are receiving as compensation. Trades are finalized at the end of the week they are conducted in. In addition, due to potential conflicts of interest, any players involved in trades must be substituted out of the week they’re involved in a trade. There will be no trades allowed following the conclusion of Week 4. Trades become finalized with host approval; managers may bring up a trade for veto within 24 hours of the trade being made and the hosts will review the trade and re-finalize or veto the trade.

Activity Decisions:
There will be times when a game is not completed. In these instances, I will undertake my duty as a host to make a thorough investigation. If both sides made no effort or have tried to make every effort but could still not make the match happen, the match will simply result in a no contest. If one side made considerably more of an effort to get the match scheduled and done, that player will be awarded a win. Here are some things you can do to ensure that you do not lose your match via activity: Immediately leave your opponent a VM on their profile after you receive the highlight, do not miss you and your opponent’s schedule time, provide your opponent with concrete times (and your timezone) when you can be reached and reply to your opponent’s VM if they contacted you before you were able to contact them.

Reverse Rulings:
Rulings will not be reversed unless it is immediately appealed and I overlooked a critical piece of evidence. After it is posted in the Administration thread, we reserve the right to reverse the judgment within 12 hours of the decision going public in order to get the best outcome of each situation.

Bo3 Order:
There is no fixed first game for the Bo3. However, if both players cannot decide on a gen, it will be SM. The loser of the match picks the next gen.

Other general smogon tournament rules apply, any evidence of violating them will result in an immediate ban.

surskits discord, join if youd like to tryout or just hang around!

she put my name with yellow hearts

Cinnabar Charizards! Join it if you would like to hang around and for tryouts.

Cherubis Cord Join and try out or chill

Cherubis Cord Join and try out or chill
Click to expand...

Kev said:
Once again, if you cannot be active through the tournament, then please do not sign up.
Click to expand...

Damn... this rule is new right?

Oh, and pm me on discord for art if you want 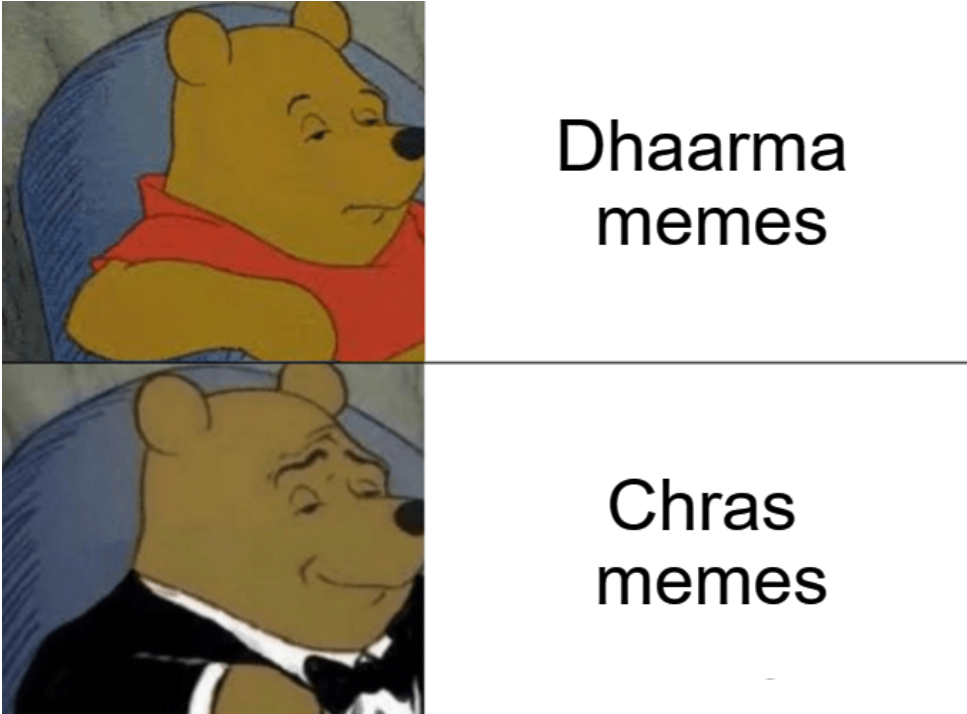 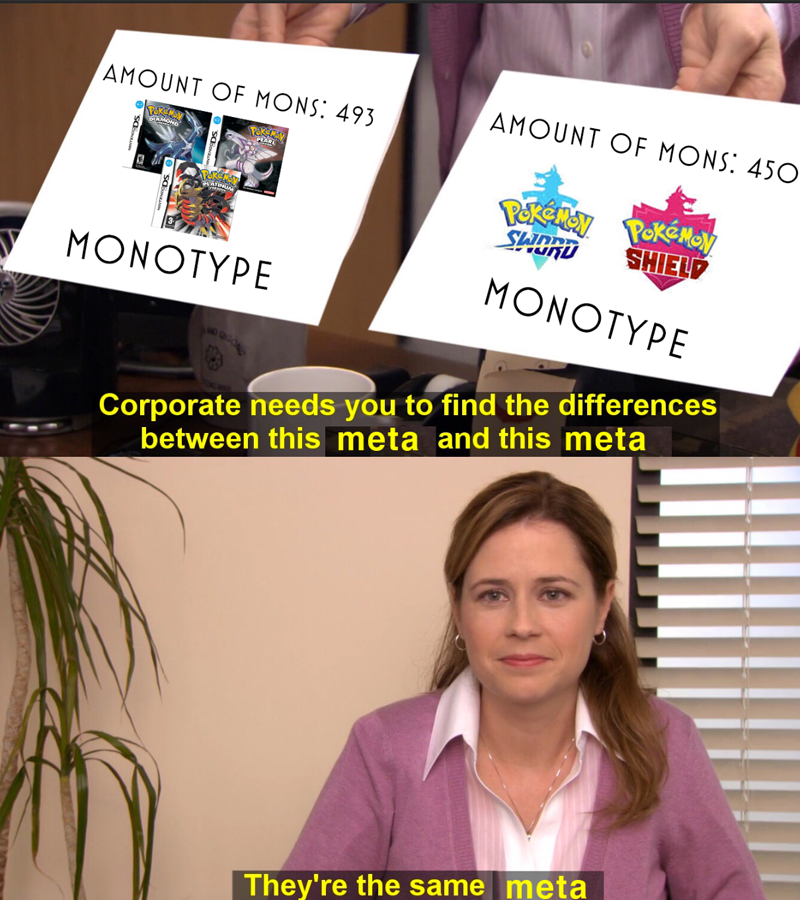 Mock draft at it's best.

pull me back and push me forward

Great draft! I’m glad we had this mock.

In completely unrelated news, I’ll be back when my internet is fixed and after my job interview in 2 weeks. No need to wait for me, go ahead and start the tour on time.

we shoulda wait till saturday bros

Eien said:
Great draft! I’m glad we had this mock.

In completely unrelated news, I’ll be back when my internet is fixed and after my job interview in 2 weeks. No need to wait for me, go ahead and start the tour on time.
Click to expand...

With this being Ticken's last time taking the stage as an MPL Manager, as well as MPL V being the final team tour of USUM, we decided that a new team logo for this iteration of the tour would be fitting. I present to you, the new Lotads logo created by Ticken!

The boxes on the left-hand side are the primary feature representing Littleroot because they were designed after the boxes located in the traveling truck in both the RSE and ORAS games. (Please look further down for the in-game footage.) The lilypad was based off the previous Lotad logo and was remade into a stage/platform. To help emphasize the point further, we added a stage light on the top right even though it has no relevance to Littleroot itself, but it can relate to Hoenn as it is regarded as the contest region. - Ticken

shoutout to Moosical for critiquing the logo

Had another mock draft for some reason

PS: does anyone know when Eien's internet will be fixed?