You are not immune to propaganda 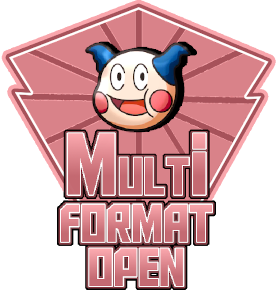 Welcome to the second iteration of the Random Battles Multi-Format tour! This tournament gives you a chance to show how well versed you are in the lesser played Random formats, namely, Gen 8 BSS Factory, Gen 7 Battle Factory, Hackmons Cup, Gen 8 Monotype random battle, and Super Staff Bros 4.
This is the start of our new circuit called Rands Slam! Stay tuned after this tour is completed for the next one that counts towards it!
Prizes for winning will included a limited time custom join phrase in the Random Battles room, being inducted into the randbats hall of fame, points for Rands Slam and possibly more to be announced!

Matches will be best of three except for semis and finals which will be best of five. This is how the three formats for the best of three will be chosen (in a helpful step by step guide):
1. Contact your opponent and each of you lock one format. Example: Irpachuza locks gen7BF, and Rage locks gen8bssf.
2. Each player then bans one tier. Example: Rage bans Hackmons Cup, and Irpachuza then bans Super Staff Bros 4.
3. The remaining tier (Monotype Random Battle) will be played as the third format.
4. Battle each other. The format not chosen by either player is played first (i.e Monotype in the above mentioned example), and the loser of game 1 picks the second tier played.

Note: Whoever locks first bans second. So if A locks Battle Factory, and B locks SSB4, the next step is for B to ban a tier, and then A will ban a tier. That way the same person doesn't lock/ban first both times.

This is pretty easy! all you have to do is post "in", in this thread! Signups will be closed on the 4th of April (next Sunday)

I didn’t think I’d ever say this, but I’m almost becoming overwhelmed with rands community activity and games lmao

In to defend the title

You and I are gonna live forever

in to lose tnx to hax and bad mu