It's the beginning of the SPL season and we are starting off by deciding team managers. Only post in this thread if you would like to signup to manage, any other kind of posts will be deleted. Everyone (past, assistant, and new managers alike) are required to sign up if you wish to manage with no exceptions. Draft will be scheduled for weekend of the 20th / 22nd of December and Week 1 will start on January 6th.

This year there will not be any sort of rebranding. No team will change names and we will provide the logos. The 10 available franchises are: Dragonspiral Tyrants, Wi-fi Wolfpack, Alpha Ruiners, Cryonicles, Team Raiders, Congregation of the Classiest, Circus Maximus Tigers, Stark Sharks, Indie Scooters, and Ever Grande BIGS.

This year's format is:
kjdaas and I will be hosting this tournament. I'm planning on finding a 3rd co-host, so if you wish to apply feel free to contact me.

Super Moderator
Managing the Wolfpack. ABR will be my assman.

Managing with Amane Misa. The team does not matter -- retains are a handicap.
Last edited: Nov 27, 2019

M Dragon and I will return to manage Sharks

starry blanket and I would like to manage the Bigs, or any team available

Ideally I want Ruiners as I have a bit of a story there, but will take any team available.

Edit: Since Ruiners managers are now returning, we'd like to take over Raiders.
Last edited: Nov 11, 2019

Back to manage with my man Hogg.

me and Triangles are taking the cryonicles

finally a tour where i play more than 0 tiers in

What else is there?

Vulpix03 and i will manage the winning team, you choose the name

Managing the scooters, TPP will be my assman.

Huge ty to my bro phil for being with me every step of the journey and trusting us to carry the torch. Grats for ending it on wcop glory n_n
Last edited: Nov 21, 2019

signing up with my boy Rewer 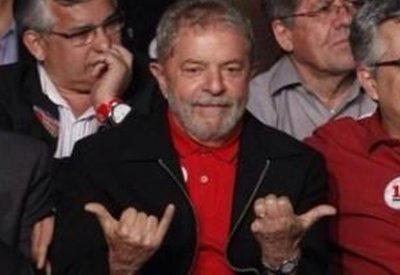 Signing up to manage with Corporal Levi as my assistant manager. We would prefer to be considered for the raiders or cryos, but any other team would be fine as well.
Last edited: Nov 21, 2019

emforbes and I will be signing up to manage Smogon Premeir League. Unfortunately, we were not chosen as managers for Smogon Snake Draft. However, this is not stopping us from signing up again. After participating in several team tournaments, as a player, we experienced firsthand what Jirachee posted about in his previous manager signup post. This led us to wanting to create a team environment not based on clout, playing a "real" tier, or players being conceited, we want an environment where everyone has a voice.

"One thing I have noticed, time and time again, is that there are some players who are not taken seriously by their teammates." - Jirachee

Emilio and I have also experienced not being taken seriously because we are known to play “irrelevant” tiers. We have been ignored by upper tiers like old gens, cg ou, and “real” lower tiers with our magnificent suggestions such as “Use Victini it is a good mon,” “Life Orb Clefable looks good vs them,” or “You forgot Stealth Rock on that team.” Anonymity would solve this issue and help players on the team participate without fear, even if it may harm or not help players Charmflash. Our opinion is that any advice is helpful and if they are interested in learning the tier, it would be helpful in the long run.

This does not mean that anonymity is the only solution for creating a competitive team environment where everyone has their voice. Our solution is to act as managers, you can take this up to your own interpretation.

Emilio has accomplished many things, too many to list. This is not bragging as his trophies speak for themselves. He is more than qualified for a manager spot in this tour.
My accomplishments may not be noteworthy, but we believe my experience in managing LC team tournaments and participating in official team tournaments is sufficient.

These are the principles I have always lived by, and the very same I now carry forth toward the worthy frontier of Smogon Premier League. A man only goes as far as his values take him, and I have little doubt that mine will do my Smogon Premier League family proud. Only by transcending our frivolous personal desires can we realize our potential absolutely.

I will now lead my future Smogon Premier League family to another ring.

Stone_Cold and I will be managing the BIGs

The pack is back with TonyFlygon