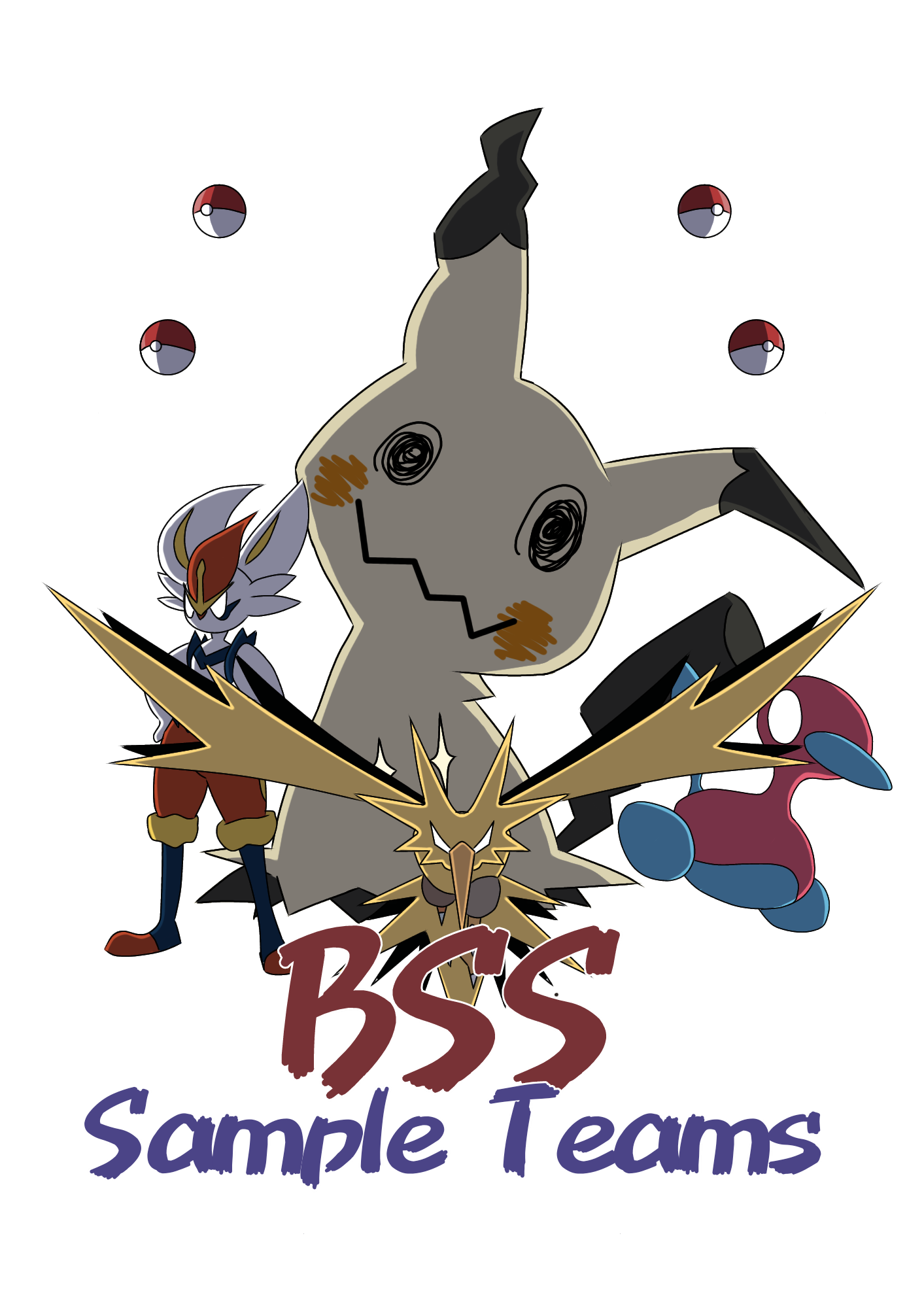 Amazing art by Meganium1579
Battle Stadium Singles Sample Teams
​
Welcome to the Sample Teams thread, these teams are created based on the current metagame by specialized players in the BSS tier. The sample teams are for new players, updated teams to be able to play in the tier and to enjoy it better.
You can find the sample teams in the second post of this thread.

Other Resources
In addition to the sample teams there are also teams that players use online or in tournaments that they would like to share with the community.
Here are some links where players post their teams:

Sample Teams
click on the sprites for the pokepaste. ​
SERIES 12