Just a reminder to all, the poll will be ending today - view the link in the OP for the exact time. In addition, the species clause will be replaced with the forme clause as confirmed by The Immortal:

That said, I have come up with an alternate clause: Forme Clause. With the way BH works in regards to Formes being legal turn 1, such a Clause would make sense for this meta. And it does not have to arbitrarily be limited to 2 but can follow the standard usage of clauses where the limit is 1. Thus, Forme Clause would be defined as “Only one of the same Pokémon Forme can be used”. I believe this Forme Clause tackles the same concerns the proposed 2 Species Clause did.
Click to expand...

E4 Flint said:
Just a reminder to all, the poll will be ending today - view the link in the OP for the exact time. In addition, the species clause will be replaced with the forme clause as confirmed by The Immortal:
Click to expand...

But what about Formes of Arceus or Magearna whom can literally use 2 forms of the same type, stats, and abilities without any differences beyond aesthetics. 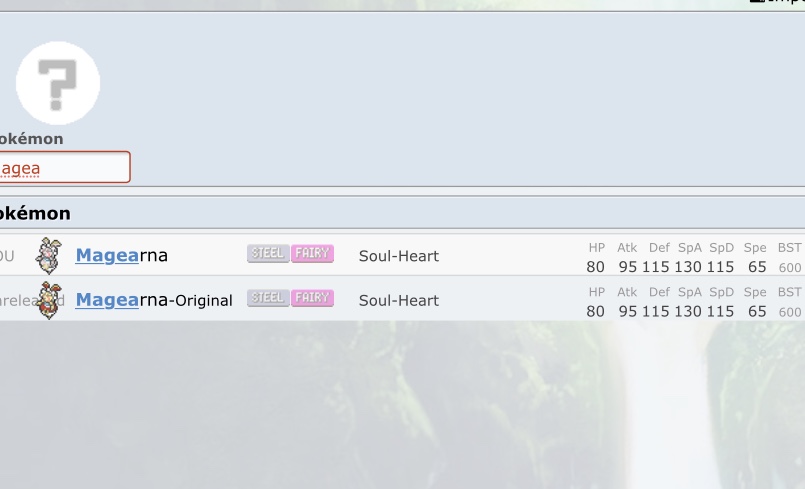 Are Magearna and Arceus deemed not good enough to be considered a factor?

While typically not offensive enough to be top tier threats, is there any reason for them to be able to bypass the rule? I just fear that someone could spam 2-3 of them while everything else gets impacted by this limit. Any Arceus without Multi-type + Plate gets to be a Normal type, while Magearna gets a fraternal twin just based on a Copper and Golden hue.

I also think this should be discussed because Gen 8 could have similar implications if they allow multiple forms with loopholes on absolutely zero changes to their type, stats, etc. as Arceus has shown.

Do these Pokemon get a free pass? Can people spam Arceus?

I don’t want to badger, but I do think the community should get clarity, as this is a first, Gen 7 is literally ending, and will literally set the precedence for Gen 8 in... 5 weeks.
Last edited: Oct 11, 2019

Other Metas Leader
Aesthetic changes, such as Gastrodon or Unown, are called forms. We define formes as Pokémon with more than just aesthetic differences - as Pokémon with stats or type changes. With that said, a GhostCeus that looks like a FightCeus is still a GhostCeus. Under Forme Clause, you should not be able to run two GhostCeus even if they look different. As for Magearna, it is purely aesthetic.

how can you swallow so much sleep?

I had the reqs before my last loss and quite frankly, I don't really feel like climbing again, so please don't force me to do it again. Personally, I want to do away with all meta morphing garbage that isn't imposter (the only borked shit that happens to be good for the meta) (41/54=75%).

With that in mind, I propose getting rid of meta molding pokemon/ability combos like norm gengar+sheddy, strong insta set up (shell smash/belly drum/geomancy+power herb/evoboost), species spam (implement 2 form clause so mewtwo x and mewtwo y can be used on the same team).

(Normgar isn't the most awful thing ever, but needing to run counters to it is so freaking annoying, and I'd rather not be forced to ALWAYS run something to deal with it) (Well made and played sheddy teams can be virtually impenetrable) (Shell Smoosh and other strong Set up forces prankster spam and can take out at least one poke per set up if you don't anticipate the smoosh or belly drum) (Species spam in tandem with strong set up is so terrible. Lose your check to one of them- boom- can't win)

Basically, get rid of the rest of the meta centralizing nonsense, and this meta will be substantially less obnoxious (or least I think so). 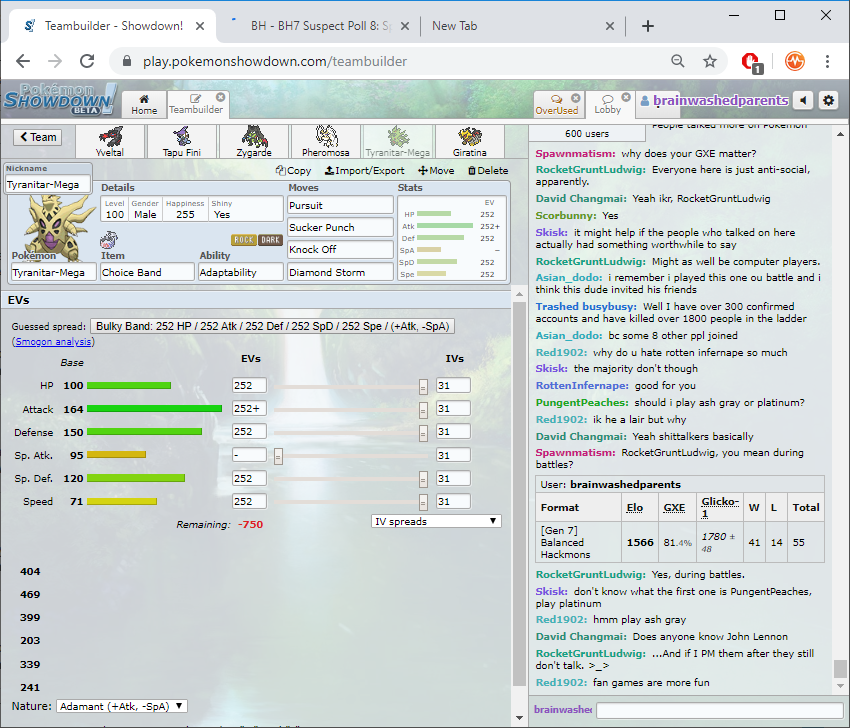 Also, I apologize to anyone on the ladder that I harassed when I lost. My bad.
E4: Took your vote as for Other: shed as it seems to be the thing you seem to support the most to suspect
Last edited by a moderator: Oct 12, 2019 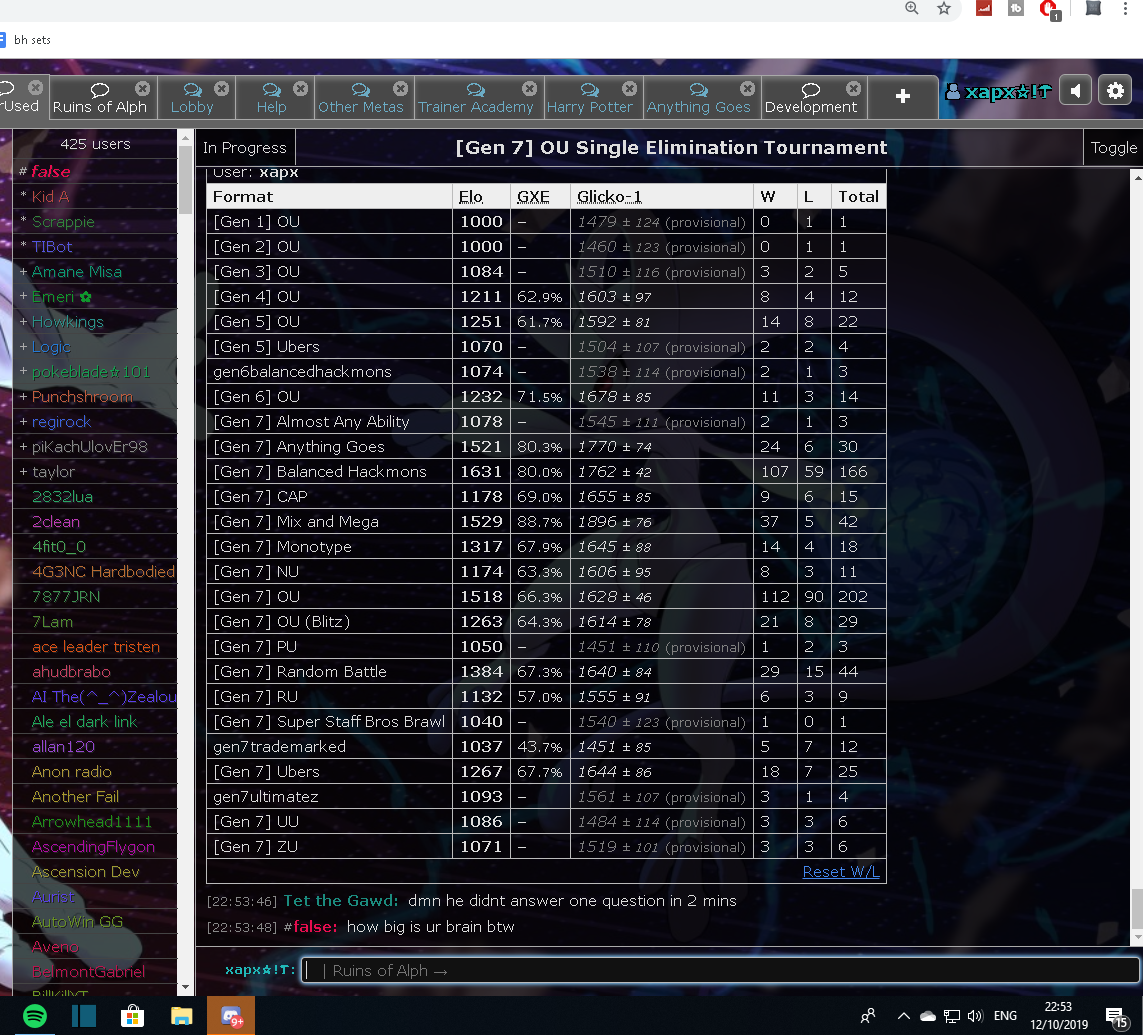 I have tallied the results.
But it's probably better to visualize it this way: 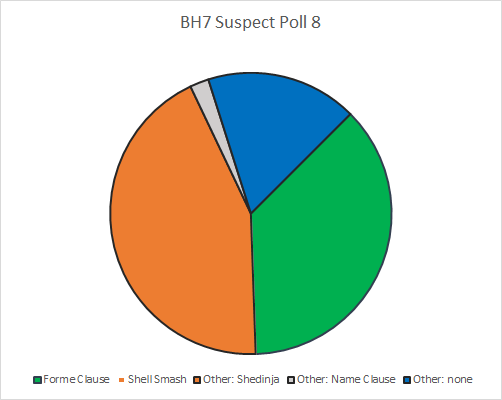 ​
The results certainly surprised and informed me. I have decided based on the fact that:
we should go ahead with a Shedinja suspect next.
I will leave a grace period of a couple days in case you see that there is a mistake I've made with your vote, and for planning the next suspect. Thanks all for voting!