I don't suppose there's any central repository for all the Flash CAPs is there? Some of these are really cool and I'd love to see the others!

CAP Co-Leader
There's a small listing in the Unofficial CAPs section of the CAP Project's page on TV Tropes, complete with links to the relevant posts. :)

Tetraplex said:
I don't suppose there's any central repository for all the Flash CAPs is there? Some of these are really cool and I'd love to see the others!
Click to expand...

I agree, we need an area to access the flash CAP projects

Hello everyone! This is your friendly neighborhood DarkSlay posting the results of our most recent Flash CAP conducted on CAP's Pokemon Showdown! chatroom. As the TL for it, I thought we did a pretty good job (all in a day's work, I'd say). Here are the results:

This was really fun to make, I wish to do more of these n_n

Sunfished said the height is the size of two fully grown men so it would be 11.61 feet tall
Since it is like two human beings it would be logical to have a weight of 174 the average weight of an adult male times 2

This is the Eucalyptus Pokemon according to me and one other guy and for a flavour ability it can have Leaf Guard cuz wynaut?

Aubisio made the dex entries
X/OR: This Pokemon's sundial can summon heat hot enough to evaporate water.
Y/AS: Legend has it that Eucalyptank only ever appears in the desert during the most fearsome sandstorms, darting around at a pace too quick for the human eye.

EDIT: I should read the posts better.

I really wanna join in for another round of Flash CAP making ;)

Sunfished, I love how the art turned out!

EDIT: Would you mind if I tried to color it? I might not have time right away, but maybe by the end of the week...

You're gonna have to redraw it though since I did it on phone and there's no transparent version of it :(

I so want flash CAPS to become real CAPs

I really like them, I think they should actually be CAP pokemon. It would be cool to see what would happen if you gave Reverbell a mega!

The_Emperor said:
I really like them, I think they should actually be CAP pokemon. It would be cool to see what would happen if you gave Reverbell a mega!
Click to expand...

It would be naughty version obviously!

HeaLnDeaL said:
Sunfished, I love how the art turned out!

EDIT: Would you mind if I tried to color it? I might not have time right away, but maybe by the end of the week...
Click to expand... 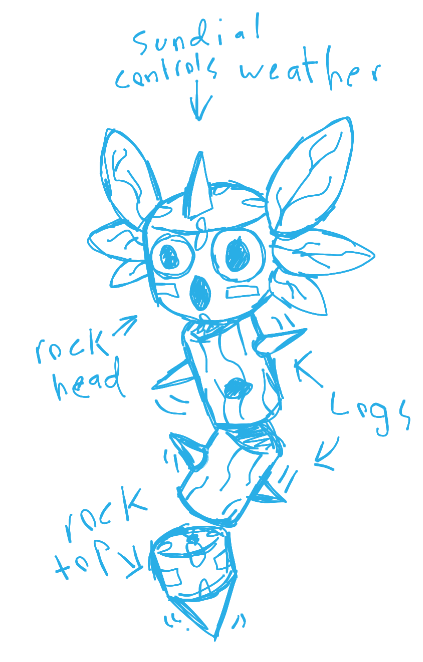 Made a transparent if it helps with your coloring book at all.

Oh no, it's fine. I will probably end up tracing over it anyway / make the line work a tad cleaner before coloring. Thanks though ^^ A wild flashcap has appeared!

Concept: Passive Damage
Direction: Hazards + Spin Block + Passive Stack
Type: Water/Ghost
Abilities: Disguise / Mold Breaker (for the purposes of discussion, the agreed effect of Disguise was the first attack that hit flashcap would have its damage nullified. This effect would only work once per battle, even if healing or switching had occurred.)
Stats: 60/110/120/60/120/80
Art: DatHeatmor


Currently, the full flavor movepool and the name haven't been decided, so feel free to post suggestions here I suppose.

Oh, barnacles, I missed another one!

But seriously, why does it have an Ability from Gen 7 when the games have not been released yet? Does the abandoned ship have a name?

Also, I'm waiting for that one RBY CAP (plus its Alola form), even if it can only be done as a Flash CAP. Maybe not until November?

I'm terrible with names. But if it's passive stack, Mist to protect, Baton Pass to put them onto the other members of the team (It's a boat!), Dual Screens, Haze to clear opponents buffs, Skull Bash to represent a ramming attack. It's Ghost as well, so flying Dutchman; Curse for a suicide, and Magic Coat to discourage a Defog on top of rock typing.

Hiddaway "Hide Away" it doesnt want to be there yo, also like "Castaway" Like Sea Stuff or something... :?

Flotsam (the floating wreckage of a ship) + sham (a spurious imitation)

Blast Off At The Speed Of Light! That's Right!

A combination of Sneaky (As it wears a sneaky disguise) and Keel (Part of a boat).

How about the name "Emboaty"?

It's a corruption of "embody" with a dash of "boat".