It's not because it's unranked that it should be unranked. Like shiinotic..... Let tomorrow's metagame begin here. I will have no choice but to nom corsola in the VR then.

This is the the closest thing to a viable all out counter that I can come up with. Ori cannot OHKO even after a boost whileTomb can 2HKO reliably with Shadow Sneak, KO with pursuit and even has a chance of OHKOing with Sucker Punch with no prior damage on Oricorio-G. Finally Tomb can hit Ori through its substitutes thanks to infiltrator.

Even after a CM, Origorio-G cannot OHKO 100%HP Spritomb and cannot 2HKO without a boost even using a Z-move. Ori's only hope is hurricane confusion hax but that is something always on the table with hurricane users

252+ Atk Spiritomb Pursuit vs. 0 HP / 0 Def Oricorio-Sensu (switching): 306-360 (105.1 - 123.7%) -- guaranteed OHKO
Spiritomb is by no means a dead weight otherwise. It makes a mess of Mespirit and special attackers generally, as well as hitting things like Kingler through their subs with Foul Play.

AV Lanturn eats every hit from oricorio while also being able to 2hko back.

Haunter is a solid check to Oricorio-Sensu, outspeeding and OHKOing with Shadow Ball.Even if Oricorio-Sensu has +1 Sp. Def due to Calm Mind, Haunter only needs a slight amount of chip to secure the KO, either from Stealth Rock, Substitute, etc. Even without it, Spell Tag and LO can OHKO depending on rolls, and Ghostium can burst through easily, although you may want to save Never-Ending Nightmare for something else. I added Spell Tag and Ghostium Z as slashes because I've found LO to be near suicidal in conjunction with hazards and Substitute.

If Sensu is behind a sub... idk what to tell you man. you should've brought a better answer.

(Eelektross was posted as a check but because it can switch in multiple times and grabs momentum each of those time with Volt Switch, I listed it as a counter here.)

Checks: Aurorus and Oricorio Pom Pom
Counter: mine and Lanturn

Won't vote because I posted one but you should vote for me :)

Won't vote because I posted one but you should vote for me :)
Click to expand...

You can still vote, just not for your own submission...

...which also means the vote towards your own submission is null. lol

I'll edit the OP with this later, but don't vote for your own submission, and if you truly think yours is the best one in its category, then just vote for one answer while we judge you silently

Darkinium said:
You can still vote, just not for your own submission...

...which also means the vote towards your own submission is null. lol

I'll edit the OP with this later, but don't vote for your own submission, and if you truly think yours is the best one in its category, then just vote for one answer while we judge you silently
Click to expand...

yeah it's just a joke lol, there's only two other submissions aside from mine so that's already my vote

As a side note, I'm going to stop tagging people when adding their submission to the archive to avoid inconvenience. However, I'm still going to do so when adding people onto the leaderboard for the first time to let them know that they're on it.

EDIT: Just learned that people are still getting tagged when I update the leaderboard, ugh. I suppose we'll just have to put up with it, unless I stop tagging people for the leaderboard altogether. If I could get some opinions on that, especially from those who are on the leaderboard, that would be nice, thanks.

Time for this week's victim as well!

Submissions will close and voting will begin Tuesday, good luck!
Last edited: May 11, 2018

Here's a powerful offensive check to physical Skuntank. Aggron is capable of directly switching into Skunk comfortably and using the opportunity to start breaking walls. Banded Head Smash or Heavy Slam scores an easy OHKO on Skunk, although both will trigger Aftermath upon the KO. Opting for Earthquake over Toxic allows Aggron to avoid Aftermath, and gives it safe coverage vs other threats.

Counters this Skuntank set. The most it takes from Skuntank is Crunch, which possibly 5HKOs while Earthquake from Gastrodon 2HKOs Skuntank, meaning it can easily switch into Skuntank and even use Recover if needed allowing it to effectively wall and take out Skuntank with ease. 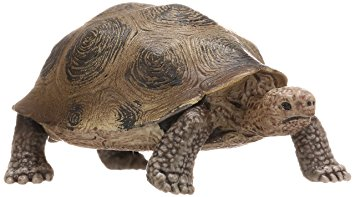 Not a full on counter bc no recovery /shrug

Yo where Ken at

Gurdurr is a solid check, being able to eat all of skuntanks while also setting up or 2hkoing skunk.

Hard Counter. Skuntank is doing nothing while this thing is around. Mudsdale can come in all battle on Skunktank and set up rocks while forcing Skunk to suicide if it wants to defog as it is OHKOed by unboosted Earthquake. Less passive than Mawile and Regirock and really forces Skunk to switch every time.

Stamina allows Mudsdale to rest up against Skunk risk-free and has the added bonus of negating any defence drops for Crunch. Cleric support is great but not necessary.

It can even run double Stealth Rock into Stomping Tantrum for extra Skunk Stomp.

Pinsir is a solid check to Skuntank, always outspeeding it with a Jolly Nature and OHKOing with Earthquake if LO, and doing the same with other items with the help of some chip.

Voting time! We sadly don't have many checks this time around, only 2, but I suppose that that stems from Skuntank... not being the strongest Pokemon. lol

(Carracosta and Gurdurr were submitted as checks but I listed them as counters because they can switch in multiples times as well as recover lost health.)