Occasionally I go look up information about a move. I also get to see the animations too. This has let me see some questionable animations. Take gen 2 Withdraw for example: (from Bulbapedia)

So what are some questionable move animations you've seen? Maybe it's an over-the-top animation for the move? Perhaps something basic for a move that should get more for its animation? Maybe it just plain doesn't make sense? Post them here for discussion!

Iron Head didn't even seem like it had anything to do with iron in gen 4-5. It was just a rock headbutt:

Hyper Beam wasn't even a beam in gen 3:

And if gen 2 was trying to make Waterfall look depresing, it did a good job:

Imprison was always a strange one to me, and only got stranger as I looked into it. The move's translated name is already pretty vague, so the animation was needed to clue me in to what the move was actually supposed to be doing. However, when I saw the move for the first time, I was instead greeted by a weird red spot that was entirely unfamiliar to me. (To be fair, this was BW and I was pretty young, but still.)

I later found out that this was actually a sort of stamp used for letters, which especially makes sense considering that the original Japanese name of the move is "Seal." However, this animation doesn't make intuitive sense with on a move with the name Imprison. Another odd tidbit is that in gens 4 and 5, the original animation used a red cross with a Japanese symbol, whereas international versions switched to the seal. One would expect them to just remove the text from the cross, but apparently they were willing to revamp the whole animation and ultimately were happy with the actual stamp, as that was made the universal animation in gen 6 and (afaik, haven't checked SS) is still the one used today.

Between how unfitting the animation is for the name "Imprison" and the greatly diminishing relevance of mail/wax stamps, I wouldn't be surprised if this move returned to the red cross that was universally used back in gen 3. Then again, the original name of Seal remains pretty fitting for it and it's one of the more obscure status moves anyway.

Nothing will ever be as weird and disturbing as Golem using Mudslap in Stadium
I'm not posting the link cuz....

Sonikku A said:
Nothing will ever be as weird and disturbing as Golem using Mudslap in Stadium
I'm not posting the link cuz....
Click to expand... 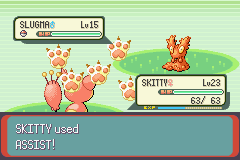 I remember getting a Skitty in Ruby and using Assist. I was so confused by the pink cat paws that suddenly flew across the screen. Why is this move called Assist here but Cat’s Paw in Japanese? 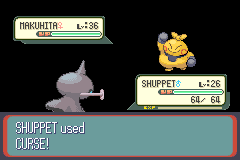 As if Ghost-types weren’t creepy enough, the animation for Curse unnerved me. The Pokemon literally shoves a needle into its body like some sort of voodoo doll. *shudders*
Last edited: Jan 28, 2020

Sonikku A said:
Nothing will ever be as weird and disturbing as Golem using Mudslap in Stadium
I'm not posting the link cuz....
Click to expand...

We have a winner! contest closed.

sexy_ampharos said:
We have a winner! contest closed.
Click to expand...

We also have Incineroar using Savage Spin-Out and a certain moment in the Ash's Gible vs Conway's Shuckle battle.

cat im a hissy cat and i snek snek snek

CoolMan6001 said:
And if gen 2 was trying to make Waterfall look depresing, it did a good job:

Basically a lot of move animations and who can learn the moves are based off of the Japanese names, so it's bound to be some confusion when stuff is translated.

always made a little uncomfortable by the giant disembodied and completely white hands that armlessly thrust into you for the move Arm Thrust in Gen VII.

Basically a lot of move animations and who can learn the moves are based off of the Japanese names, so it's bound to be some confusion when stuff is translated.
Click to expand...

I mentioned this specific case because Waterfall has water in every other generation. I have high doubts it has anything to do with the Japanese name

Another one I thought was weird when I was younger was Agility, especially in gens 3-5. It looked to younger me like the Pokemon was just running around in circles. I always laughed imagining Pokemon were doing some fancy dancing footwork during battle, somehow increasing their speed in the process. 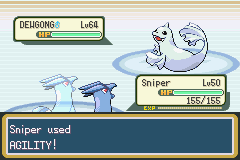 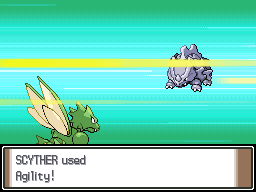 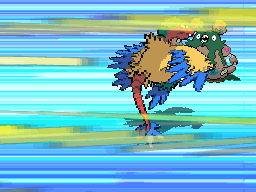 Emergence said:
I always laughed imagining Pokemon were doing some fancy dancing footwork during battle, somehow increasing their speed in the process.
Click to expand...

Ironically that's actually what they do in the Anime....

I wanted to mention something I found interesting:

This is the animation for Ice Ball in Generation III where a ball of ice is hurled.

The next few generations however, show the user rolling into the target instead.

The really interesting part is how Generation VII is the only other gen to show Ice Ball the original way: (It's gone in SwSh)

Did you know the description of the move even changed to remove the mention of rolling?