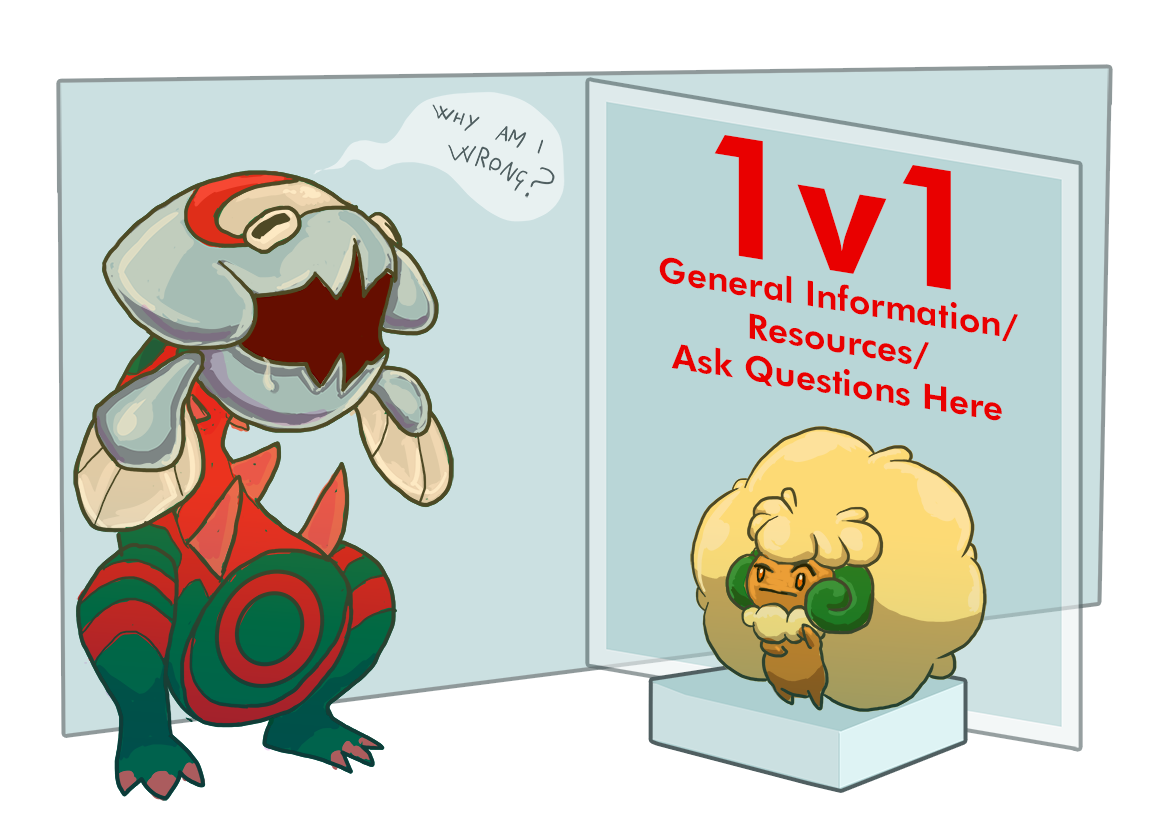 art by AmirAlexander​
1v1 is a metagame where you bring a team of three but only get to use one in battle. Your teambuilding skills are extremely important and your Team Preview mindgames must be sharp. A game can end in the blink of an eye.

If you wish to host a project or any kind of thread, you must contact me, Alakazam or Osra first for permission. Unapproved threads will be deleted.

This thread can be used to ask any questions you have about 1v1. Please be respectful with your questions and avoid asking anything that can be searched easily or isn't directly related to 1v1.
Last edited by a moderator: Feb 4, 2020
You must log in or register to reply here.
Share:
Reddit Pinterest Tumblr WhatsApp Email Link