Some sketches, mostly of the Princess. Nearly got her face right. Getting the fairy right is easy for some reason. More of the Princess with some of her expressions: I forged another sword, this time from the series "Hard Core Leveling Warrior", it's the "The Sword of Honor: The Seven Truths". 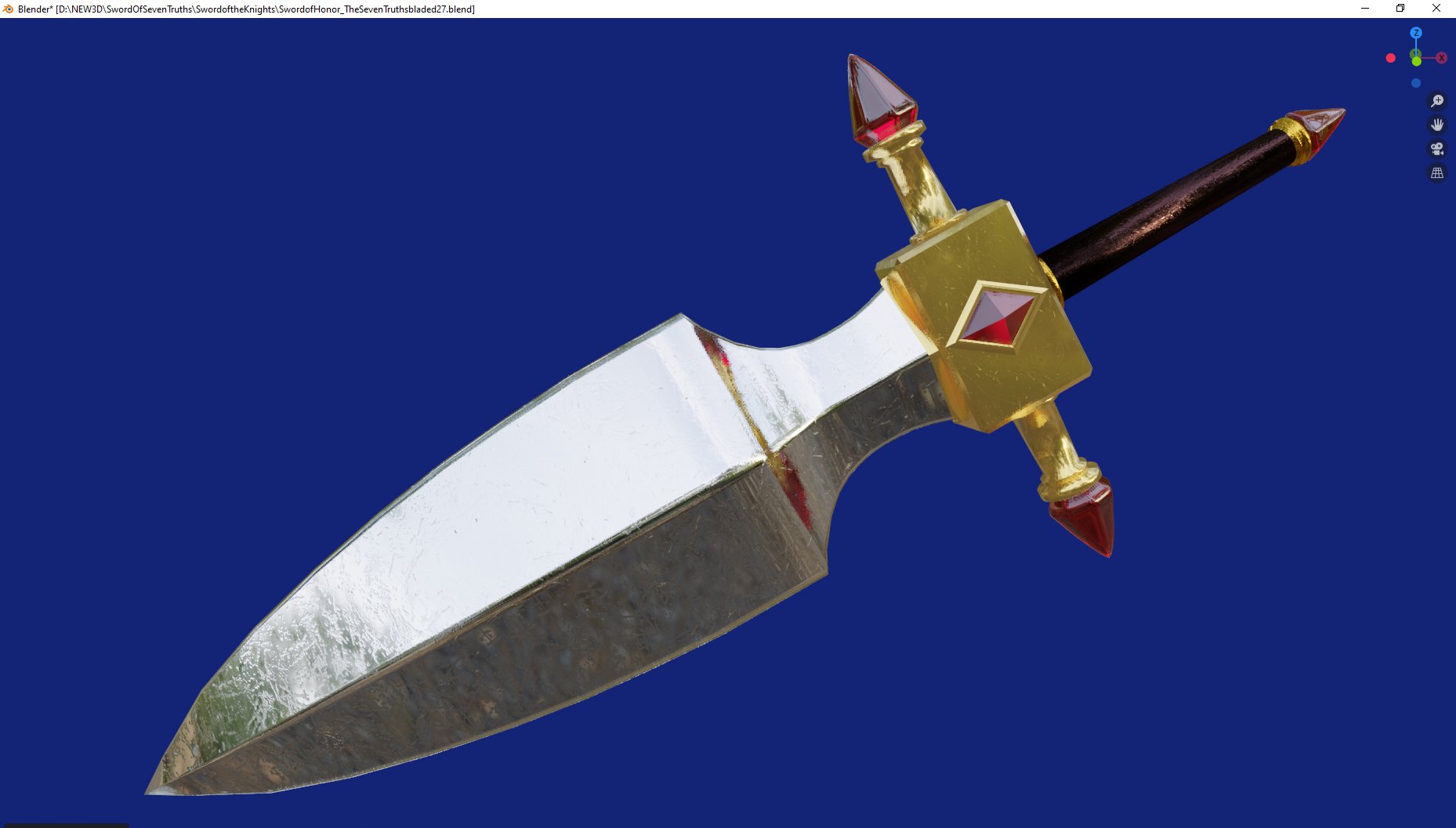 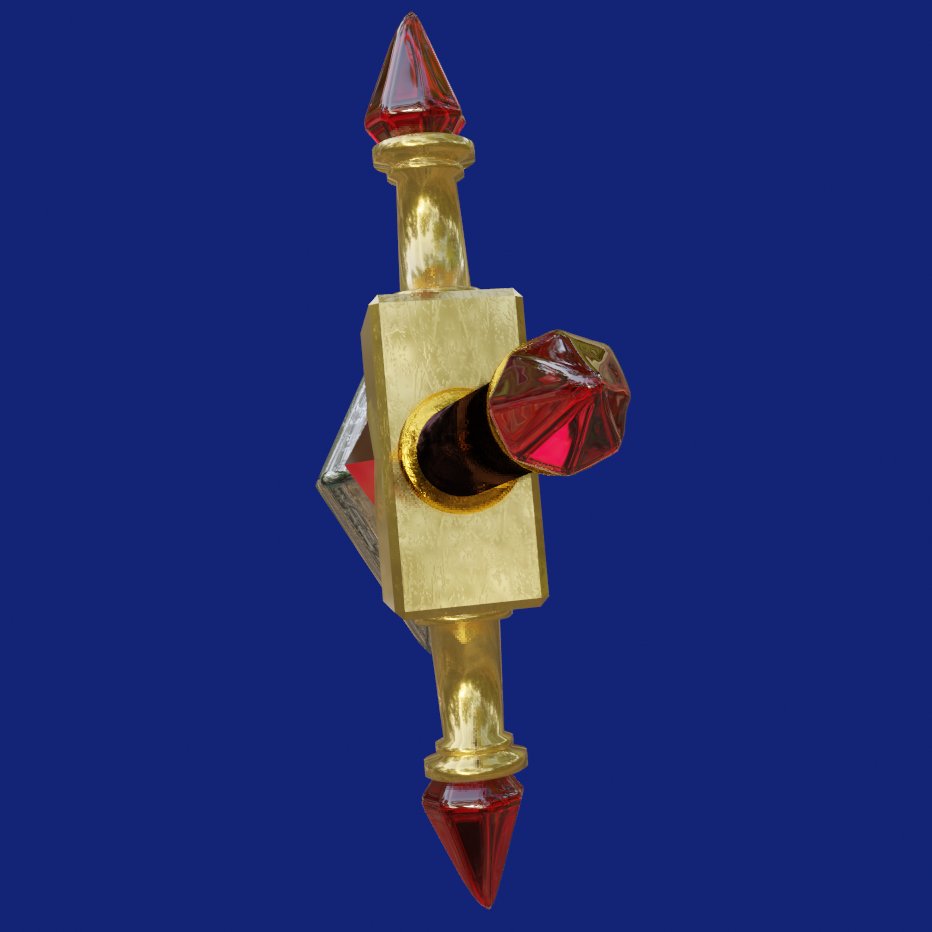 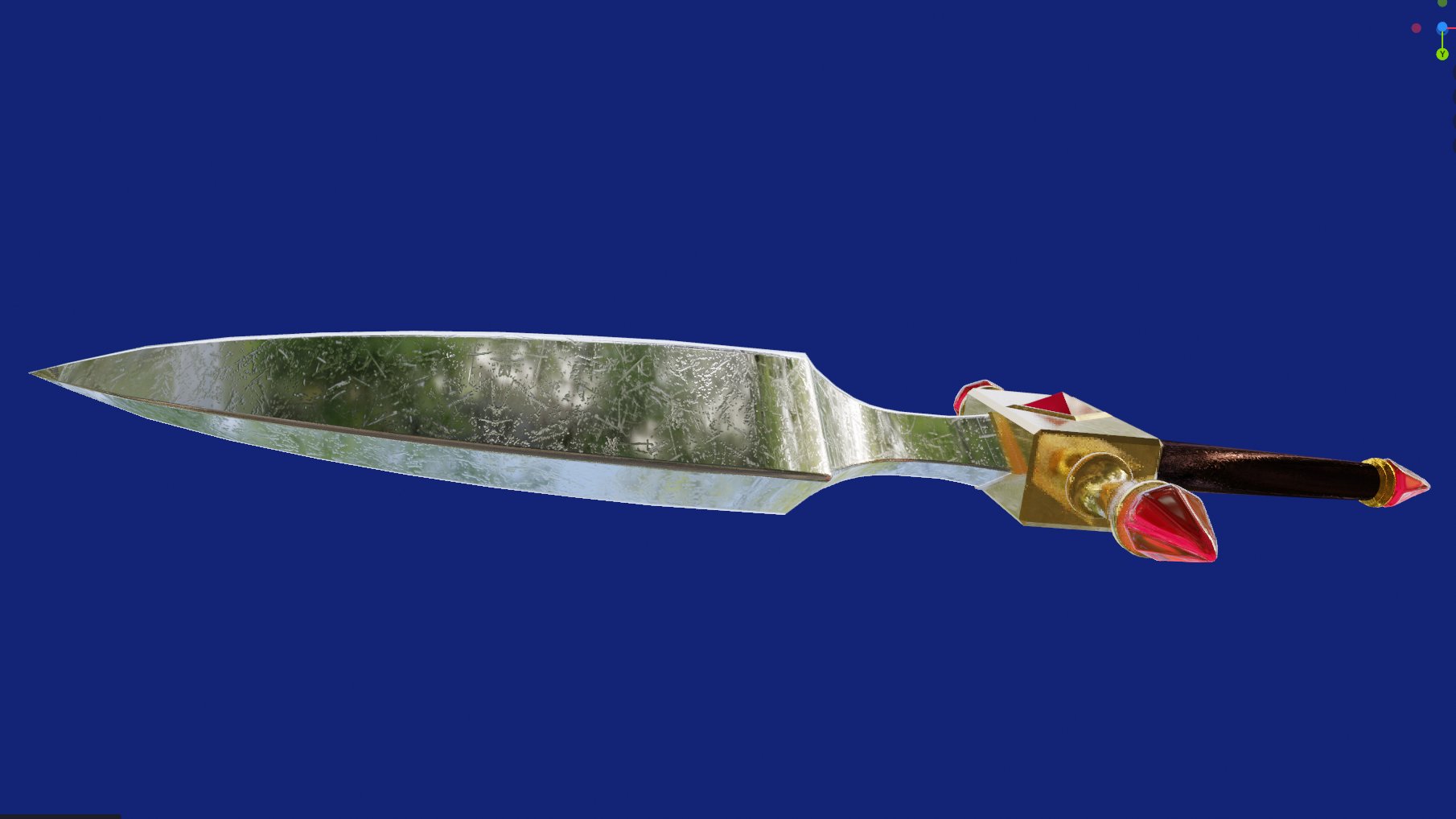 It was VERY HARD, harder than drawing. X D But I'm getting faster, and it's getting easier. I dont' remember how good I was at 3D years ago, but I'm glad the things I make turn out better than expected, lol.

So here's a female knight and her prince, her is water, and his earth(or she's earth, he water). She's striaghtforward and agressive. He's kind of deceptive and an emotional manipulator type of person.

Hey'll sway people into his cause with deceit disguised as sweet truths.

He wears a crown as he has already decided himself to be winner of this free for all bloodbath between kingdoms. He uses her feelings for him to win his fights when things get confrontational, although he himself is no slouch in combat. (If his powers are water based, he might emit a fog that if the person is immersed in, will create illusions.)

Well, I'll work out the powers later, but he definitely looks more like an illusionist type, although he might be able to do both mid-level illusions and mid-level combat abilities.

Either that, or he's a good guy who genuinely wants to help the other heroes, but everybody is suspicious of his motives but they where genuine.

Or that is what happens early on, but then everybodies suspicions are proven true when he reveals himself to be some kind of machivillean schemer or something.

Here's the 2017 sketch, although it was just the female knights(although the masked ones I think are knight fodder or something. I never uploaded this one since it was just a PSD with no jpg or png next to it(which usually means I uploaded it).

Pre-time skip designs of the Gryphon and Basically, these two in the past if you don't recognize them, lol: