The group stage will consist of the 10 teams getting separated into two groups of 5. In each of those groups, every team will play every other team in two phases that last two weeks apiece. However, teams will not just be facing 2 other teams at the same time; depending on the slot, they may face different teams. UU A may face UU B and UU C, for example, whereas NU A faces NU D and NU E during the same phase. In this stage, the total amount of wins matters, and the 3 teams with the most wins per group will advance.

The 6 remaining teams will face off in "weeks" as we know them from SPL for the second stage. Here, rather than total wins, winning weeks against other teams to accumulate points will matter. Winning a week is worth 2 points, drawing it is worth 1 point, and losing it will yield no points. At the end of this stage, the top seeded team will go straight to finals, while the top 2 and top 3 will face off to earn a spot in finals.

While this format may seem odd, it does provide a couple of advantages. First, the tournament will last 10 weeks, potentially slightly longer if tiebreaks are involved. This will mean there is ample time to cool down before SPL. Secondly, 4 teams will be eliminated relatively early on, and the TD team hopes this will cause the second phase to be more competitive as there will be less teams with little incentive to keep trying. We hope you enjoy the second edition of the Smogon Snake Draft.

Note the sportsmanship infraction may be used liberally, and any unsportsmanlike conduct on the forums, in #wcop / #pokemon / any of the semiofficial tier channels, or in opposing wcop team channels (I won't infract for you being a dick in your own wcop team channel unless the situation is so extreme I feel I absolutely have to make an exception (consider basically any masterclass interaction ever)), will be grounds for an infraction. We encourage you to play semi-aggressively, but don't be a masterclass.

I'm sure plenty of you have come across coin flipping / who to activity drama while scheduling matches. I'm here to reduce the arbitrary element associated with some of these decisions. It is entirely your decision to adhere to these STRONG RECOMMENDATIONS, but note that if you choose not to, I'll most likely ignore any pleading from your end and default you to a coin flip, regardless of what you claim is your Discord or forum activity. By signing up for this tournament, you are agreeing to this condition, that adhering to what I outline will protect you from coinflips / activity and that not adhering to it will subject you to coinflips / activity regardless of your proposed justification.
YOU MUST ACTIVATE YOUR VM WALL IF YOU WISH TO PLAY IN THIS TOURNAMENT. THIS IS HOW ALL OFFICIAL SCHEDULING WILL BE HANDLED.

Once that round's thread is posted, you have up to 48 hours to contact your opponent ON HIS VM WALL and mention your timezone and exactly what dates, what time ranges you are available, and where you will battle. Note that the default accepted sim and server is the official server on Showdown. You must provide at least 3 different time ranges at least 48 hours from the timestamp of your message, with at least 2 that are 24-hours apart from each other. The minimum and maximum length for 1 time range is 30 minutes, and the minimum difference between the 3 required time ranges is 3 hours. If you give 3 time ranges that stick with this policy, you can give any additional time ranges at any time you please.

NOTE THAT THIS SCENARIO INVOLVES RESPONSE DYNAMICS; THERE IS SOMEONE WHO WILL CONTACT FIRST AND SOMEONE WHO RESPOND...THESE REQUIREMENTS ARE NOT FOR BOTH OF YOU TO ASSUME TO YOU CAN BE FIRST CONTACTS...WHOEVER CONTACTS FIRST IS THE FIRST, AND THE OTHER DEFAULTS TO THE RESPONDER. THIS SHOULD BE OBVIOUS BUT SOME OF YOU ARE DUMB.

Once your opponent has contacted you, you now have up until 72 hours after the round's thread has been posted (NOT after your opponent's message) to respond with times that are good for you. What this means is that if both of you spend the maximum time contacting and responding, you should have back and forth collaboration at a maximum of 72 hours after the round has been posted, with both parties given an additional 24 hours to prepare for the battle should it be scheduled as soon as required. If none of the opponent's proposed time ranges are good for you, you must respond with alternative time ranges.

The first opponent now has X hours to prepare for the battle (if the second opponent agreed to some time) or 24 hours to contact a TD if, for whatever reason, this second set of time ranges does not suit the first opponent. Note this should be an absolute last measure and that more often than not, the TDs will likely force one (or both) sides to sub out.

Once a time is agreed upon, please make a message on your opponent's vm wall between 10 minutes and 1 second before the agreed upon time and say you are ready to battle and then get to agreed upon location (regardless of whether or not your opponent sends you a response vm). Please protect yourself by making this message, as it makes decisions much easier. You will be required to be wait for your opponent for the duration of the time range.

If neither of you contact each other before 48 hours after the thread has been posted, you're both opening yourself up to a potential coin flip. If I look at the situation, I might just determine I'm going to sub both of you out, coin flip you, or whatever based on however I'm feeling at that moment. Don't leave yourself and your team vulnerable to this.

If you follow all of these guidelines, you will a.) most likely get your match done with minimal issue or b.) protect yourself and your team from an undue coin flip or activity decision. Yes, I hate activity decisions in official tournaments. Yes, I will do my best to prevent activity decisions in the playoffs (the qualifying round is fair game however and I will have no problem issuing an activity call here), but don't push your luck.

Here is an example of how following this would work:

You'll note I made most of my response ranges multiples of 24 hours, but also included 24 hours. This means I expect you to be able to check Smogon at least once a day. If that is not feasible, you put yourself at risk.

Self-KO Clause is an antiquated concept that is not used in Smogon tournaments. The one exception to the rule is if the tournament is live (weekly Smogon Tour, Suspect Tours, etc.). For all standard tournaments here this rule does not exist. It Does Not Exist.

If both Pokemon faint simultaneously in DPP, ADV, GSC, or RBY, the game is ruled as a tie. Tied games do not count as played games in overall standings and will be expected to be replayed within the round's initial deadline. Similarly to this, tied games do not count towards the total number of games played in "best of X" series. In other words, if a tournament includes "Bo3" RBY, what is really being played is "first to two wins" RBY.

However, ties simply don't exist in later generations. The developers removed ties from BW and have not added them back since. There's a lot of inconsistency with the mechanics of their tiebreaking system but Smogon follows them to stay true to the cartridge. The main ones are listed below:

Note: The following list is for SM, XY, and BW, and not for DPP, ADV, GSC, or RBY

Passive Damage (Status, Weather, etc.):
Faster Pokemon Loses
Disconnections and Timer
For information on our disconnection and timer rules, refer to this thread.

If teams are in a position to move on and are tied for wins in Stage 1, points and bd in Stage 2 or just tie in the final match in Stage 3, a tiebreak Best-of-3 series will be played to determine which team advances. The first match will be standard SM OU, with each of the teams in the tiebreak picking another tier to be played. This tier can be another SM OU, and multiple SM OU matches can be played. However, as every team should only have to aim to draft 1 player for every other tier, no other tier can be repeated.

For Stage 1, if a tiebreak occurs, the team that had more wins in the head-to-head matchups will pick second. If the teams were tied in head-to-head, strength of schedule is used to determine the higher seed instead.

For Stage 2, largely the same metrics are used as for stage 1. The first denominator to determine the higher seed will be Stage 2's head-to-head matchup. If this resulted in a tie, the number of total wins from Stage 1 will be used. Should this also be the same, strength of schedule in Stage 2 is used.

For Stage 3, the team with the higher ranking in Stage 2 will be the higher seed. If this was identical, the number of total wins in Stage 1 is used. If this also results in a tie, the Stage 2 head-to-head matchup will break the tie. In case this fails, strength of schedule will be the fallback.

If, during any stage, all parameters listed here are tied, we will publicly use the !pick command on the Smogtours server to determine the higher seed.
Substitutions:

During Stage 1, subsitutions are allowed during each phase, and a player getting subbed in has to play all the remaining opponents of the player he is replacing. A player that has been subbed out during a phase may not be subbed into any other slot. Multiple substitutions may occur in the same slot. Of course, Phase 2 may use a different lineup than Phase 1, and substitutes will be "reset", meaning everyone on the bench can be subbed in once again. For Stage 2 and 3, substitutions work like they do in SPL.

Substitutions will be not be allowed in tiebreak series unless the hosts mandate it. However, since we prioritise games being played, we will consider extension requests so long as they're reasonable. We will also be reluctant to give activity wins to those who are clearly fishing for them.

might be a little difficult to get this game done

bro I love you but shut up lol

Milo's had a good run and you're all goats regardless but lets win the week team!!! Leviathans we're coming for you... 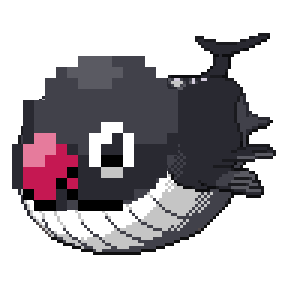