To be clear regarding the item that Ampharos mentioned, "An infraction on the site Mafia Universe" as stated is a violation of Smogon rules

Do NOT organize trolls here. If you post here about how you've been trolling a forum, you will be infracted.
Click to expand...

We've requested Hal change the wording of that item to make it more obvious what he's looking for. But just to be clear. Any attempts to get an infraction in present day by creating work for MU staff will result in infractions on smogon and removal from this game.

Don't do it. Don't try to get other people to do it.

To be clear regarding the item that Ampharos mentioned, "An infraction on the site Mafia Universe" as stated is a violation of Smogon rules

We've requested Hal change the wording of that item to make it more obvious what he's looking for. But just to be clear. Any attempts to get an infraction in present day by creating work for MU staff will result in infractions on smogon and removal from this game.

Don't do it. Don't try to get other people to do it.
Click to expand...

really glad to see our forum mods working hard to police our dead subforum! this is definitely way more important than doing literally anything for the community! you guys have such a tough job, really appreciate the hard work you guys put in to stop troublemaking like what's going on in this game

Business wins by 4 points. Highlights of the challenge:

https://docs.google.com/document/d/1XWmIzdDlTqqNNV0VD46a-l8FTUxBTHLVclPyQ5sxXg8/edit
Eli's among us screenplay i got a 95 on my creative writing assignment. thanks hal!

In the last Performance review, Outlaw was fired.

For your next Challenge, you will be playing two simultaneous games of Pacman against one another. In one game, one tribe will control 4 Pacmen, while the other tribe will control four ghosts. In the second game, these roles will be reversed. The tribes will be 'split' in the sense that someone who submits a move for a Pacman cannot submit a move for a ghost. There is no limit to the number of people who can be controlling either grouping.

Here is your map:

Pacmen can move 6 spaces per turn. Ghosts can move 8 spaces per turn.
Movements will be resolved 1 space at a time (i.e. each pacman will move 1 space, then each ghost will move 1 space, so on and so forth until all movement spaces are resolved).
You can see some regular 'o's, and then yellow capital 'O's. The regular o's are normal pellets, which will be eaten should a pacman walk over the spot of a pellet. The yellow capital 'O's are power pellets, which, when eaten, will power up the Pacman which ate it, and give it 10 movement space on the next turn. Ghosts will have their movement reduced to 5 spaces on that turn. The Pacman which ate the pellet will also be able to 'eat' any ghosts that they run into on their next turn, sending them back to the home base at the center, where they will respawn after 2 turns.
Ghosts will automatically kill a Pacman should they run into it while it is not under the effects of a power pellet.
If Pacmen or ghosts run into another pacman/ghost, they will 'rebound' and move in the opposite direction, reversing their movement (and running into walls if applicable)
The goal for each tribe is to get more points than the other tribe.
The following is all of the ways to get points:

I'd like to run both of these games at the same time. Please post any questions you guys have about this challenge in your channels/on here and i'll answer them in the relevant locations.
Ideally I can run these tonight, but if that's not possible we can figure out a time tomorrow.
Last edited: Sep 29, 2020 Zoa has used the Retail Sales tribe-specific advantage - The mutiny. He has mutinied to the Business tribe. 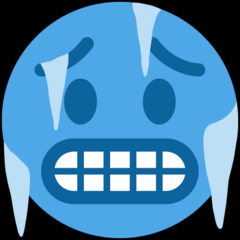 At the last Performance Review, DLE was fired.

Obligatory Pokemon Challenge
Challenge 22​
Well, this is a Pokemon forum, after all.

You will have 24 hours to determine your lineup (please try to not take the full 24 hours), and then 24 hours to get your battles done. I'll be slightly flexible with the deadline (i.e. if you're getting your battle done at deadline or right after deadline, that's ok) but will make activity calls or randomize remaining matches if needed.

A tip for scheduling: Lay out all hours of the day (in EST since that's easy to convert to for most) that you'll be available in a 24 hour range.
I will give points to the person who did a better job of trying to make the game happen should the battle never occur.

Business Tribe, as your tribe has two extra members, you must sit two people out. They will not be able to participate in the actual battling, but can still help out with other parts of the challenge (building teams, helping practice, etc.)
Last edited: Oct 2, 2020

and with that, Business wins immunity, sending the Legal tribe to Performance review.

At the last Performance Review, Jalmont was fired.

Pokemon Battling Circuit
Challenge 23
​
In typical fashion, I saw a cool challenge in another ORG and stole it for this one!
In the following challenge, 16 Pokemon will go head to head in a tournament, where only one will come out on top.
Each Pokemon has five stats:

To prevent this challenge from being 100% solvable, i'm also introducing a bit of randomness into the mix; each non-HP stat for each Pokemon will have a corresponding "variability" value. This "variability" value can either increase or decrease a stat up to the maximum variability amount. Stats can be reduced to 0, but will never be negative. Variability will be applied every turn of the match.
As an example, a Pokemon with an ATK stat of 3 and variability of 4 could have an ATK stat in the range of 0-7 every turn.

As there are 16 Pokemon, there will be 4 rounds of the tournament. Each tribe will be given 1000 PokeCoins to bet on the outcome of matches; for every match you bet on correctly, you will receive twice the PokeCoins bet on the outcome. You may bet on as many matches as you would like per round, as long as you do not spend more than your current balance of PokeCoins.
You may also bet on FUTURE rounds of the tournament - let's say Rufflet is one of the sixteen Pokemon, you can bet during Round 1 that Rufflet will win its Round 2 match. If this is correct, your return from the bet will be three times the normal amount you would receive (so 6x the PokeCoins that are bet on the outcome).
This future betting is exponential, so if you bet two rounds ahead, you would receive nine times the normal amount (meaning 18x the PokeCoins that your tribe bet on the match).
Be careful though - if the Pokemon you select doesn't make it to the match you bet on, your PokeCoins will NOT be refunded.

At the end of the tournament, the tribe with the greater amount of PokeCoins will win immunity.
Ties will be broken in favor of the tribe that bet more coins.
I have a second secret tiebreaker in case the first tiebreak doesn't end up working. It will only work if kept secret, so i'll bring it up if it becomes relevant. It is irrelevant to the challenge aside from being used as the second tiebreaker, so no need to worry about that.

Round 4 betting
no tribes had PokeCoins to bet

Scyther took home the victory, leaving both tribes with zero coins. Due to this, the tiebreak was applied, in which the Business tribe won immunity as they had bet 7000 coins total to the Legal tribe's 3000.
The Legal tribe will thus attend tribal council, eliminating the next player from the game.

At the last performance review, charlie was fired.

No More Pokemon
Challenge 24
​
Your next challenge is a pretty simple game! In it, you will be matched up against someone from the other tribe, where each of you will take turns naming different Pokemon.
Once a Pokemon is named, you must name a 'category' that that Pokemon fits in. Once you do this, no more Pokemon from that category can be named.
Here's an example:
rssp: Rufflet, no more gender-locked Pokemon
Divya: Vullaby

In this situation, Divya would lose, as Vullaby is a gender-locked Pokemon (it is female-only).

You may also challenge your opponent after they name a Pokemon in any of the following situations:
For the first of these examples, the person challenged can NOT name a Pokemon which has already been named, and the Pokemon named MUST also adhere to all of the previous rules. Here's an example:

In this situation, I would lose, as Spiritomb has already been named and there are no other Pokemon with the types Dark and Ghost other than Sableye and Spiritomb.

Should someone be challenged as their opponent believes there are no more valid Pokemon, then they must name a Pokemon that fits all previous rules and the one that they newly added.

Should someone be challenged on a rule, you must specify that you are challenging the rule, then provide proof that the rule eliminates >100 Pokemon.

To make sure players do not take too much time to select a Pokemon, you will get 30 seconds at a time (based on when I state that your turn begins) to name a Pokemon.

I reserve the right to add more rules to this if I discover anything else which would need to be widely communicated to improve the quality of the games.

I'll create chats for the matchups once each team sends up a lineup of 5 players that will be participating in this challenge.
Business tribe, as you have 4 extra people, you must sit out 4 of your tribemates.