Hey all, for those interested I’m going to try to do SPL fantasy Pokémon.
https://discord.gg/5yyK3eDX
-10 pts for a win
-1 pt for a kod pkmn
-.1 pts for 20 turns -take average of the 3 games in rby
-5 pts for a team win
-10 players 4 subs
-Playoffs after 6 weeks
You can sort leagues of 4/6/8/10 amongst yourselves but would like to see some sort of cohesion, I’ll be hosting a 10 man league myself if anyone wants to join.
If u win the league I’ll buy the winner a plush Pokémon of their choosing (within reason)
Last edited: Dec 31, 2020

I'd write the typical cheesy message, but this year pissed me off in ways unimaginable (as did most of you, probably). So, fuck you, 2020.

This year I made it in Excel as that was a bit handier than the manual work of last year.

I will order the players by their final rankings using the aforementioned criteria (number of wins -> ties broken by superior win percentage) and note their record in the relevant tier. People with an identical record will have the same standing number and ordered in the table by increasing PR number. Only players who played more than 5 games, more than half of the regular season games, will be considered, as including a bunch of players who have subbed in for some games here and there would clutter it up too much. For players who were not included in the power rankings, I will simply put "UR" (unranked) in the Power Rankings column. This will lead to a '/' in the Differential column.
Be aware: the Power Ranking number only applies to the Power Rankings of the tier! For example, ZoroDark is UR in the SM table, even though he was ranked 25th in the SS Power Rankings.
Others will be an ordered list based on the PRs of players who were included in the PR for that tier, along with their records both in the tier in question and overall, but ended up playing less than 5 games in it.
Honorable Mentions will go to anyone who played less than 5 games in a tier, yet still managed to win 3 or more games in it.

With that out of the way, let's get to the good stuff. To refresh your memory, you can find SPL XI's Power Rankings here. If anyone notices any mistakes, please let me know.

​
​
​
Some interesting stats to note:
Once again a shoutout to everyone who updates the sheet and makes stuff like this possible. Hope you all enjoyed this!

Shofu so fly he on that cover of that Y version!

if a team doesn’t invest in phosphor for BW, managers are missing out. i’ve been whooped by him on ladder more times than i can count and he’s a competent player with cool ass ideas. at the very least, get him for old gen support. 100% co sign

Thanks to the 67 users who responded as well as the 1 troll who responded as Finchinator a whopping 34 times -- it's unfortunate that all of their efforts magically disappeared within 34 seconds! As the auction is later today, I thought I'd post some of the more interesting results.

Some observations from the responses:
As for the questions themselves...

First player nominated: A whopping 37 people voted for ABR here, giving him just over half of the vote. Sacri' had 9 votes and McMeghan had 7 votes, finishing in a distant second and third respectively.

Overall most expensive player: An even more impressive 54 people voted for ABR here, giving him just over 80% of the vote. McMeghan had 4 votes, finishing in a distant second.

Most expensive SS OU player: A solid 34 people voted for Eo Ut Mortus in some capacity, phrasing his name in 7 different ways that made tallying this a challenge. Either way, this is one vote over the halfway total, giving him an outright majority. Honorable mention goes to 8 people voting for bro fist, 6 people voting for lax, and 4 people voting for FlamingVictini, who were the next three most common responses.

Most expensive BW OU player: Landing just south of 40% of the total vote, dice received 26 votes to be the most expensive BW player in the auction. Lagging behind dice was Caetano93 at 11 votes, watashi at 9 votes, and SoulWind at 8, which is surprising considering he will not be in the auction due to his retain.

Most expensive DPP OU player: DPP was perhaps the closest of them all at the top, but august edged out a 3 man race by receiving 18 votes, which is just over a quarter of the total vote. Just a couple of votes behind was Malekith at 16 votes. In third is ToF at 11 votes, too.

Most expensive GSC OU player: Once again, ABR was the top dog; he finished with 37 votes, which is just above 55% of the vote. Fear was a clear second place finisher with 21 votes, which puts him at a respectable 31% as well. It is also worth noting that McMeghan received multiple votes, which arguably cost him the ADV race above.

Most expensive RBY OU player: Receiving an outstanding 47 votes, Heroic Troller wracked up north of 70% of the total vote alone. SMB also received 10 votes of his own to finish in second whereas surprise RBY phenom lax was the only other person to finish with multiple votes, but neither was remotely close to Troller.

Team to draft most players: A closely contested 3 team race here, but ultimately the Tigers edged out the Bigs and Ruiners. The CALLOUS led gang had 17 votes whereas Stone_Cold's Bigs had 15 and the reigning champions had 13 votes to finish third.

How many puns will TonyFlygon make during the auction: The graph on this one is all over the place, but 7 people believe it will be 6 total, which is the highest amount for any guess. It is worth noting that 6 people voted for "too many", but this is not a valid number and therefore not an answer. There will never be too many puns -- never change, Tony!

Who will be ranked first in the Power Rankings: Another 3 team race, but this time around the Tyrants took it! They received 16 votes of confidence here. The Ruiners found themselves tied for second with the Wolfpack, both having received 13 votes. No other team eclipsed 10 votes, but the Sharks came close with 8 total.

Who will be ranked last in the Power Rankings: This one was a less tight contest with the Tigers getting 17 votes. The Scooters were in second at 11 total votes. Every single team received at least 1 vote here and a vast majority of them finished between 3 and 8 votes, leading to a lot of congestion there and nobody coming super close (the Bigs were a distant third) to the 17 from the Tigers or even the 11 from the Scooters.

How many >30k players will be in the auction: With 30% of the vote, 2 players was the most popular response with 20 votes, but 11 believed it would be only 1 and 9 have it being 3 players.

How many >20k players will be in the auction: With 9 votes, 12 players was the most popular response. However, 4 different number totals reached over 5 votes to come close, all of which ranged between 9 and 20 players being north of 20k in the auction.

Which WCOP team will be represented the most in SPLXII? It seems 28 people voted for US Northeast to be the most represented team, giving them 37% of the vote. Lagging behind was Italy with 20 total votes, but they were still double the next most popular team in the voting.

I hope everyone had a happy New Year and enjoys this SPL! Good luck to everyone in the auction tomorrow. 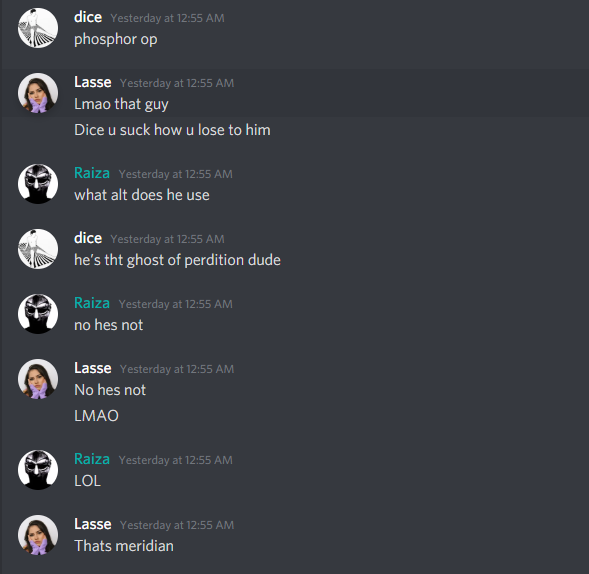 dice said:
if a team doesn’t invest in phosphor for BW, managers are missing out. i’ve been whooped by him on ladder more times than i can count and he’s a competent player with cool ass ideas. at the very least, get him for old gen support. 100% co sign
Click to expand...

> if a team doesn't invest in me for BW, managers are missing out. i've whooped every single player on the BW ladder more times than i can count and i'm a fairly decent player with -i hope- cool ass ideas. at the very least, get me for old gen support.


> if a team doesn't invest in me for BW, managers are missing out. i've whooped every single player on the BW ladder more times than i can count and i'm a fairly decent player with -i hope- cool ass ideas. at the very least, get me for old gen support.

I will second that Meridian is ghost of perdition and pretty much every other account that runs the BW ladder and you should totally get him, really innovative thinker

I was wondering I why I got shouted out when I wasn't active, now that I realize why it's not good for me to take credit for someone who was much more active. Sorry dice
Last edited: Jan 3, 2021

Edit: if a team doesn't invest in me for BW, managers are missing out. i've whooped every single player on the BW ladder more times than i can count and i'm a fairly decent player with -i hope- cool ass ideas. at the very least, get me for old gen support.

Moderator
Someone should invest in me for BW. I’m not that good at playing actually but I contribute positively to a team environment!

I dont really know much about BW any more, but Phosphor is a cool guy if you just want to splash some cash for someone to hang out with.

phosphor haxed me in last year's BW cup but was nice about it so I agree he's a cool guy if you just want to splash some cash for someone to hang out with.

buy me for $3k i need to get a better gpu

Bughouse said:
phosphor haxed me in last year's BW cup but was nice about it so I agree he's a cool guy if you just want to splash some cash for someone to hang out with.
Click to expand...

i use aqua tail over waterfall now so i don't flinch people anymore :D

i was in SPL

i was in SPL